Perspectives from History and Literature on Epidemics, Pandemics and Plagues 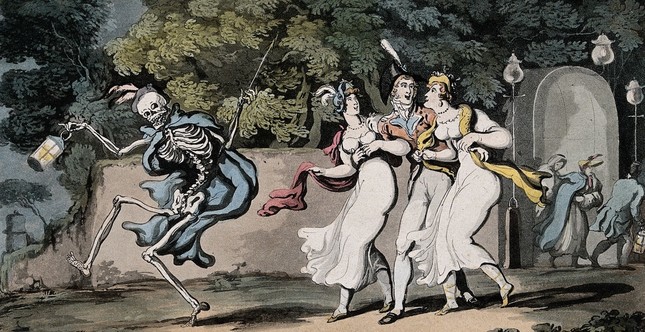 Now, there’s a cheery topic, if I ever heard one. Actually, though, the thing is that it is good news. I know that many of my readers have heard me say before that the great thing I learned from writing Glastonbury, which covers 1500 years of history, is that, no matter how dark the present may seem, times have always been worse before—and humanity has always survived. And triumphed.

Perhaps in the spirit of “Misery loves company,"  which was one of my mother’s favorite sayings, and even more appropriately, in tune with the Lenten hymn that begins, “Now let us all with one accord, In fellowship with ages past, keep fellowship with our Lord in his temptation and his fast...” it might be instructive to look back a bit.

Certainly, for those of us who observe the church calendar, there is considerable comfort (and perhaps irony) in the fact that the current pandemic has come upon us in the middle of Lent, the time we should have already set aside for quiet withdrawal, simplifying our lives, and fasting.

Also, those who find comfort in literature, especially well-researched works of history may enjoy Geraldine Brooks’ Year of Wonders. A gripping account of the plague in a small village in England. The Washington Post said, “Plague stories remind us that we cannot manage without community,” which I am certain we are all finding to be true as we struggle to find new ways to maintain community with family, church and friends through social media and other means. 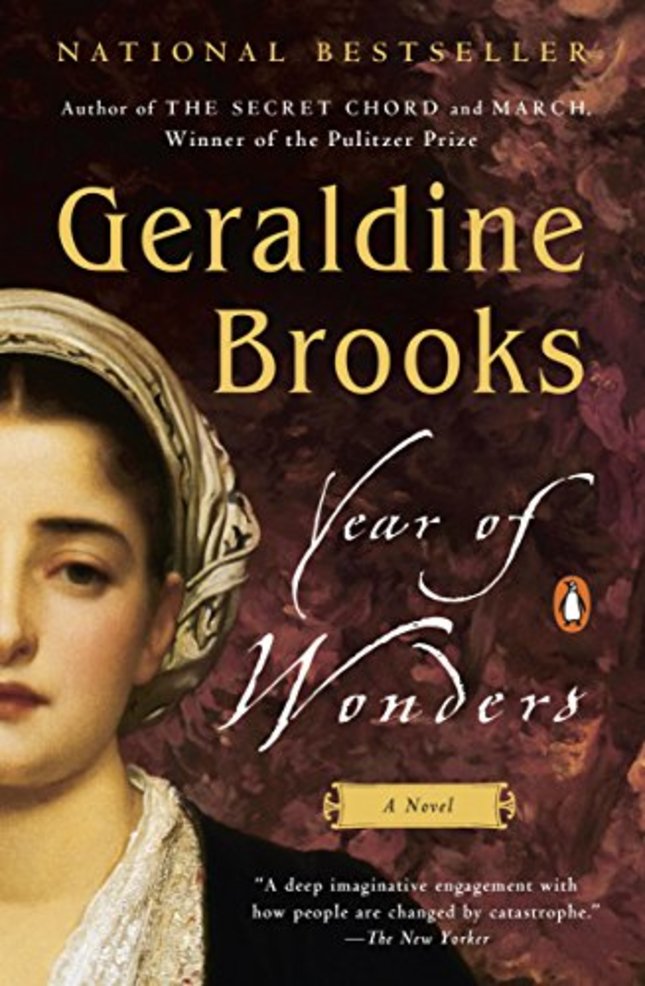 Many of us will remember reading Edgar Allen Poe’s short story, “Mask of the Red Death” in a high school English class. If anyone you know is having trouble obeying current guidelines and taking social distancing seriously, you might point them to this cautionary tale. Sadly, the news that Prince Charles has the virus is a reminder that it truly is no respecter of persons. 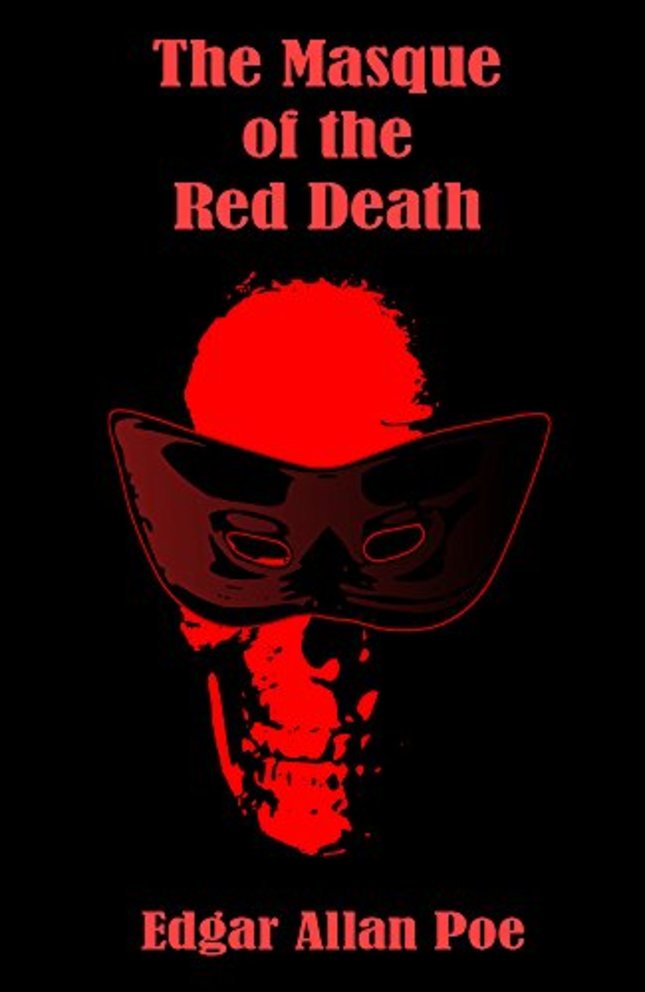 I have blogged earlier about the remarkable correlation of events in my newly re-released novel Where Love Calls, which recounts events of an epidemic in China in 1880. But I was surprised when a friend wrote to say that she had been reading my book Where Love Shines and found it so remarkably timely. When I queried whether perhaps she had the title of the book wrong, she said, “No, the one about the cholera epidemic in London.” And she was absolutely right. An epidemic in London, where my heroine was serving as a nurse, in 1854 killed 616 people. This was the outbreak which led the physician John Snow to the conclusion that germ-contaminated water was the source of cholera, rather than particles in the air, thus leading to development of a vaccine. 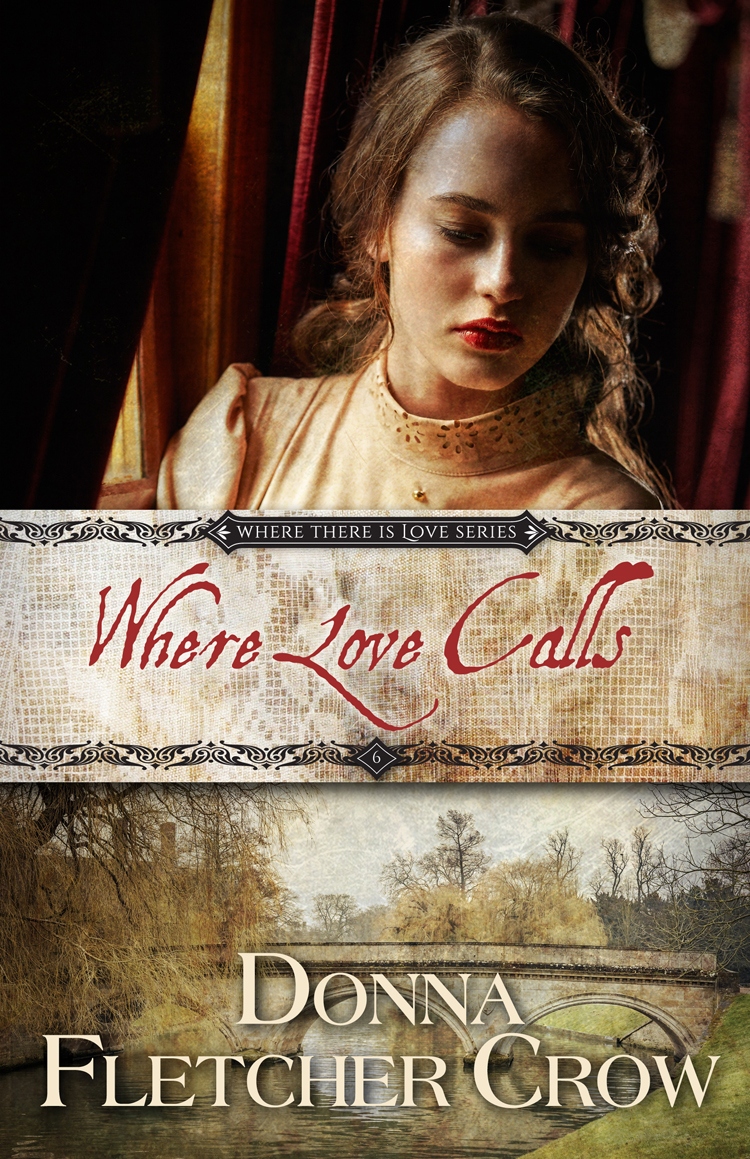 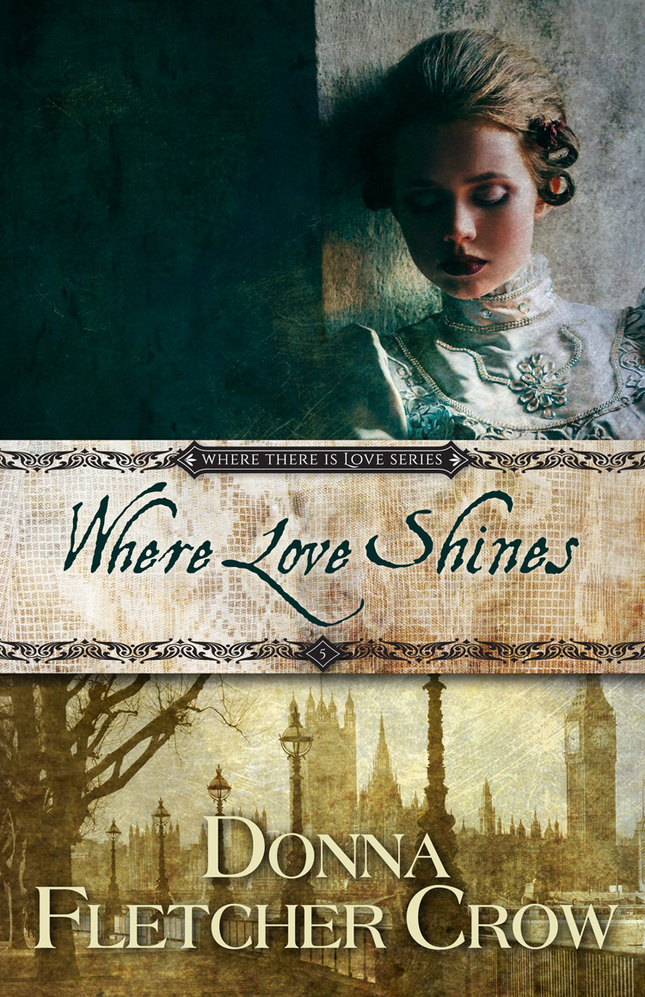 A Darkly Hidden Truth, book 2 The Monastery Murders, appropriately set during Lent, Holy Week and Easter, features Julian of Norwich as one of the historic characters and mentions the part the Black Death had on her life. 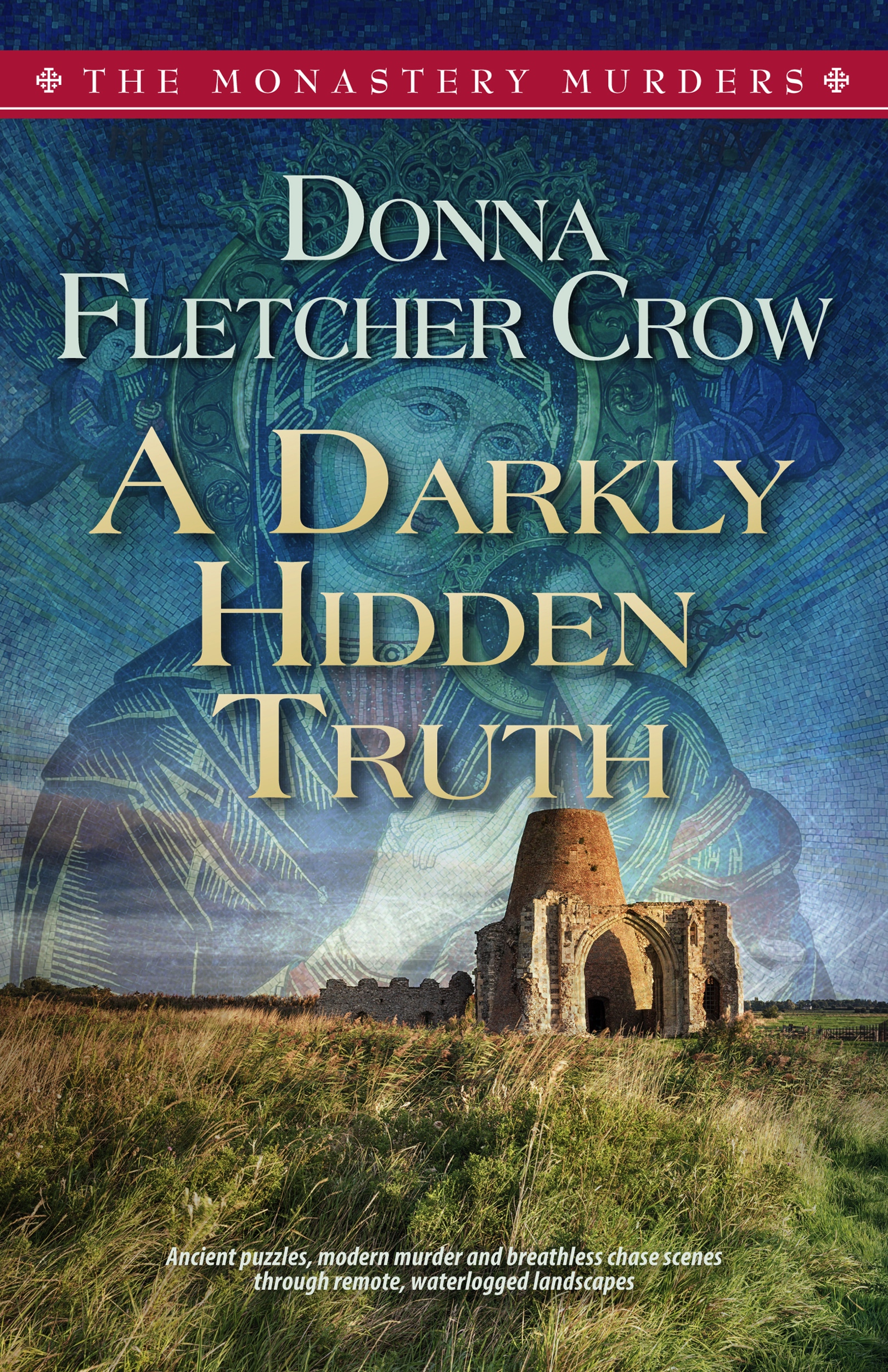 My favorite connection with that book, however, is that the inciting incident is the theft of a valuable icon. In the course of my research I visited the wonderful Temple Gallery in London and depicted it in the novel. The Temple Gallery have just this week discovered an ancient icon of the milk-nourishing type bearing the prayer, “Please save us from the epidemic.”

Another timely event in the pages of my own books came to mind when, in the course of re-editing Kathryn, Days of Days of Struggle and Triumph, book 1 in my Daughters of Courage saga, my editor pointed out the timeliness when Kathryn, newly arrived in the pioneer community of Kuna, Idaho, learns of an entire settlement wiped out by disease:

“They’d just completed the railroad when the entire community was wiped out in a diphtheria epidemic.”

“All?” The thought was so staggering that Kathryn’s mind couldn’t accept it. “You said a hundred people—they all died? A whole town just gone?”

Yet today, Kuna is a thriving farming community of nearly 16,000. 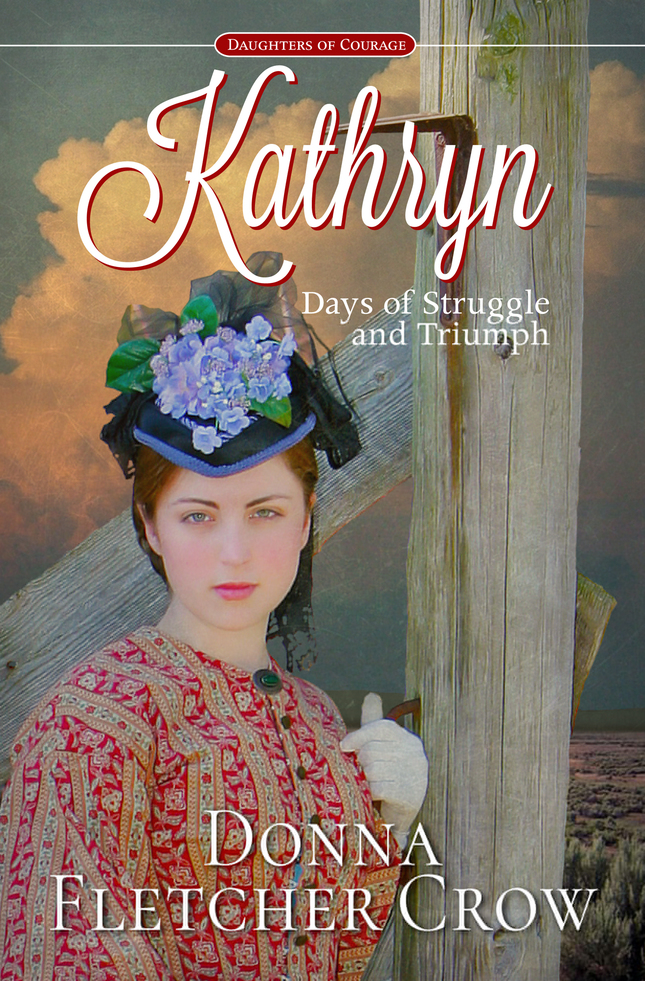 I mentioned Glastonbury above. One apropos event it recounts is plague in Italy in the 5th century: "Turbulence raged outside the walls of Rome and sometimes knocked even at the walls of St. Andrew’s as Lombard armies threatened and plague and famine ran rampant. But inside the monastery, run on strict Benedictine rules by Prior Augustine’s firm hand, there was ever something to eat, if only a small wheat roll and cup of chicken broth." And yet, events there led to Pope Gregory sending Augustine and his missionaries to England to re-Christianize the land. 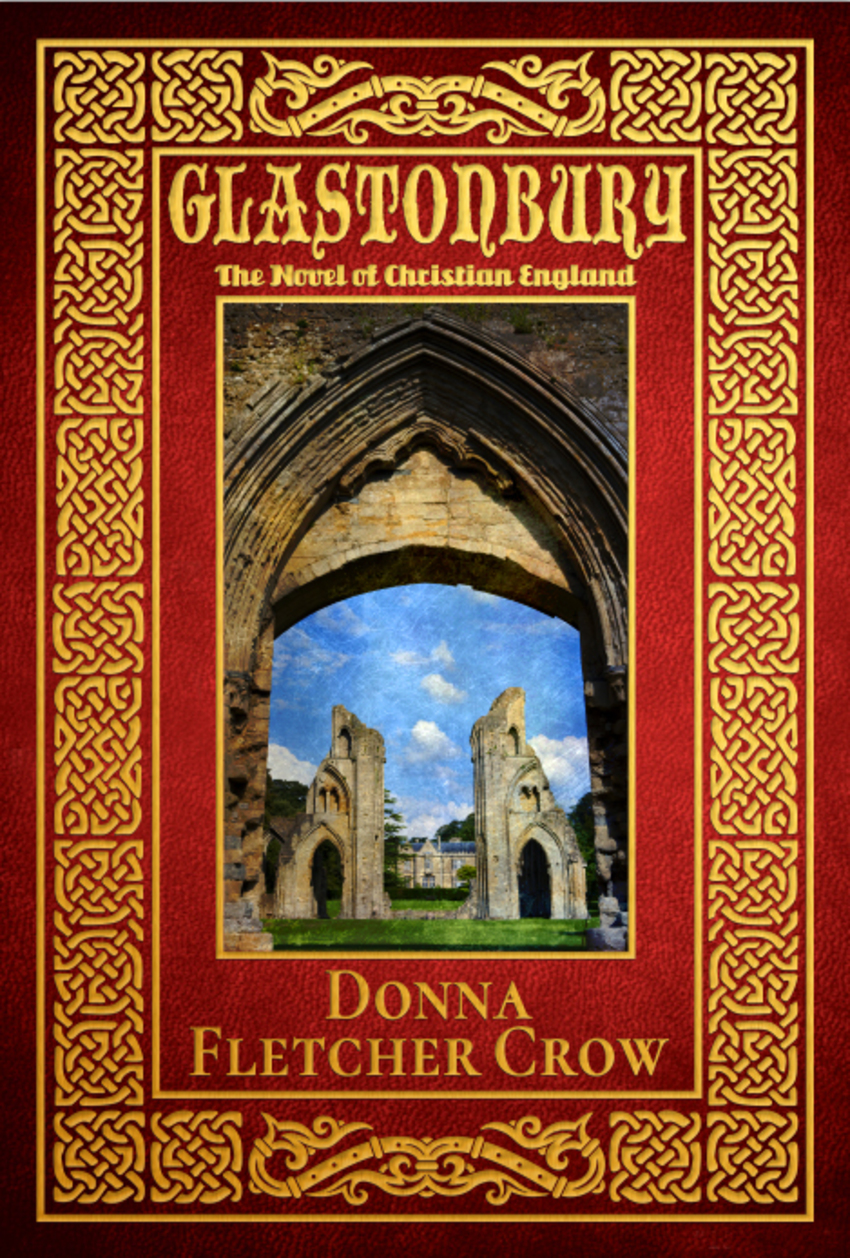 These are only a few examples we can find from history and literature. I would love to hear your suggestions of others in the comment box below.

Since we’ve had to cancel all travel plans for the coming months, my husband and I have been traveling vicariously by watching old Rick Steves videos. At the end of each one, Rick says, “Keep on Traveling.”

I say to you, “Keep on reading—and praying and believing!” And stay well!

Uplifting words on our present situation. While staying at home, and searching for books to help occupy my time while not painting icons and gardening, I made the most happy discovery of a new author, Donna Fletcher Crow----- I hope we spend much time together through your books!
-John Curran, May 3, 2020

How lovely John! And to know that you paint icons! You might especially enjoy my Darkly Hidden Truth because it deals with a stolen icon.
-Donna Fletcher Crow, May 5, 2020