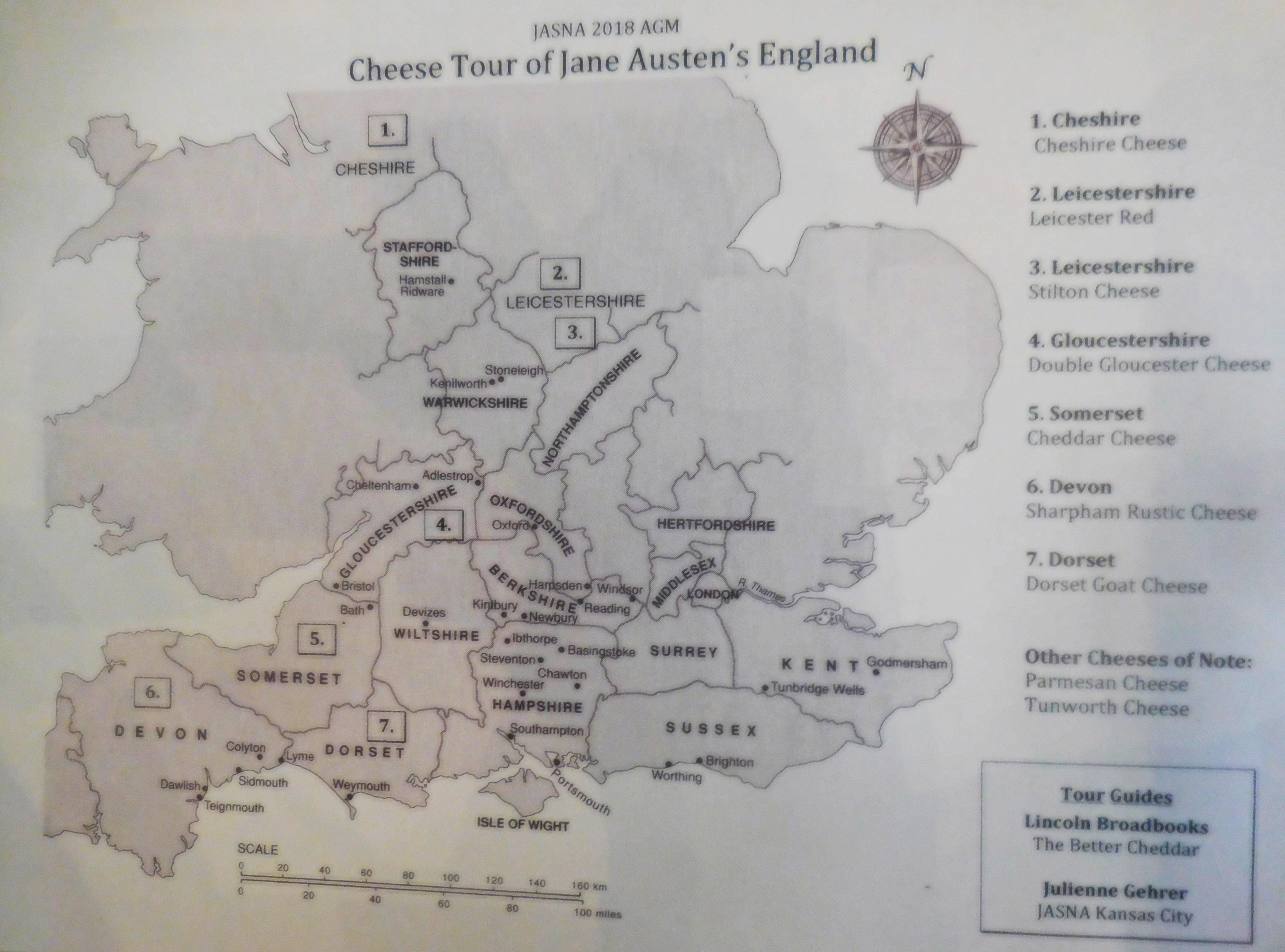 During their 1799 excursion to Bath, Jane mentions in a letter that her brother Edward had gone out "to taste a cheese." At this year's Jane Austen Society of North America AGM in Kansas City, we followed Edward's example with a Cheese Tour of Jane Austen's England. Juliene Gehrer, AGM chair and author of the wonderful Dining with Jane Austen Cookbook was our guide, offering references from Austen's letters, novels and family cookbooks as we nibbled cheese explained to us by a local cheesemonger. 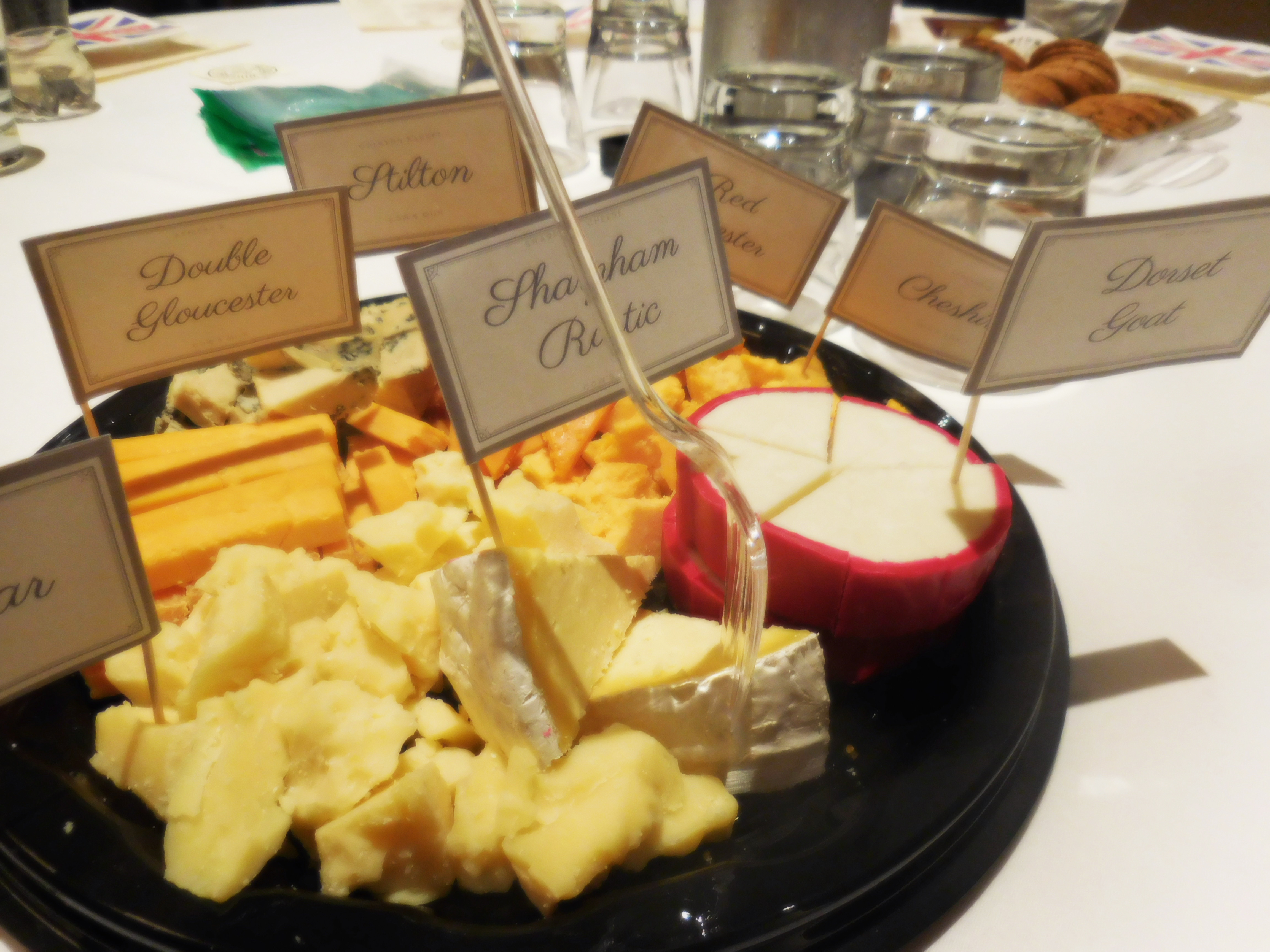 We started in the north of England with Cheshire cheese. This was the cheese of the Royal Navy and would have been eaten by Jane's brothers Charles and Francis during their voyages in the navy. It's low moisture content meant that Cheshire cheese kept well. Cheshire was the largest cheese producing area in England in Jane's time.

We moved on to the colorful Red Leicester cheese and learned that the color comes from annatto seed from a tree that grows in South America. Because Leicester Cheese is made from the skim milk left after making butter, the color was added to make people think the cheese was richer.

The wonderful Stilton cheese also comes from Leicestershire. It was made in Melton Mowbray, but people thought it was from Stilton because the innkeeper of The Bell in Stilton served it. Jane's brother gave her half a Stilton cheese, which probably came from Paxton and Whitfield which still sell fine cheeses today. We learned that the distinctive blue veining develops because the cheese is pierced with a needle to insert oxygen which allows the mold to form. 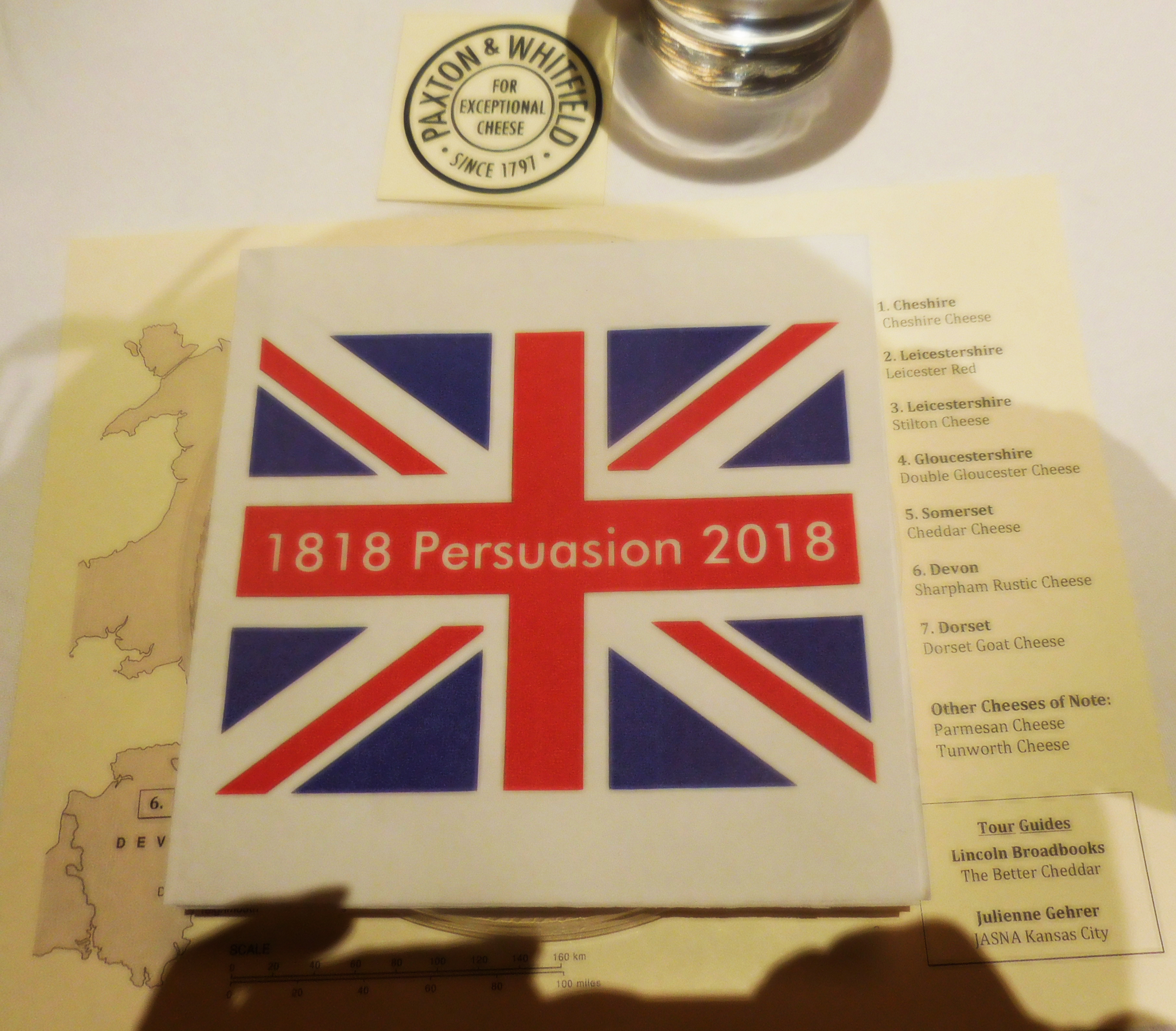 Double Gloucester is a cheese Jane would likely have eaten when she visited family at Stoneleigh Abbey in Gloucestershire. It is called "double" because it is made from both morning and evening milk, both unskimmed. Since the morning milk sits all day it begins to curdle, giving the cheese its distinctive tang.

Cheddar cheese originated in the village of Cheddar in Somerset. This is the most popular cheese in the UK. Only cheese labeled "West Country Farmhouse Cheddar" is authentic. Cheddar can be either white or orange. If it is orange it has been colored with Annatto seed. Cheddar is a moist cheese because the curds are cut into slabs and stack during the aging process.

Sharpham Rustic from Devon is a semi-soft cheese which has been influenced by French cheeses. It has a slightly lemony flavor.

Goat cheese from Dorset was colorful in its red wax. This is not a traditional cheese, but the one we were served was supplied by Paxton and Whitfield.

Tunworth is a soft, cheese of the Camambert family. It is likely the type of cheese Mrs. Norris in Mansfield Park wheedled out of Mr. Rushworth's housekeeper after the visit to Sotherton. Tunworth is not exported, so we tasted a local variety.