Margate is just five miles north, across the Isle of Thanet, from Ramsgate which we visited last week. Margate was one of the first of England’s fishing villages to develop as a seaside resort. It has maintained its position as a favorite with Londoners for 250 years, primarily because of its easy access. Its level, fine sandy beaches extend for several miles on both sides of the harbor.

We have no evidence of Jane Austen visiting Margate, but her letters make reference to receiving visitors from there, including “Aunt Fielding from Margate.”

Another was Lady Fagg and her 5 daughters and Miss Chapman from Margate, about whom Austen comments, “I never saw so plain a family, five sisters so very plain!” Presumably Margate was not to be blamed for their unattractiveness.

The charming Eliza de Feuillide, later Mrs. Henry Austen—who was anything but plain—spent January and February of 1791 at Margate for the benefit of her sickly son. The doctor had advised her, in accord with the current fashion, that “one month’s bathing at this time of year was more efficacious than six at any other.” The place was very empty, but she occupied herself with reading, music, and drawing—which sounds pleasant enough.

Pleasant, that is, until you consider sea-bathing in January and February. Maggie Lane, in her book Jane Austen’s World, quotes Eliza, “The sea has strengthened him wonderfully, and I think has likewise been of great service to myself. I still continue bathing notwithstanding the severity of the weather and frost and snow, which I think somewhat courageous.” Courageous, indeed. It must have been a case of “Whatever doesn’t kill you makes you stronger.” 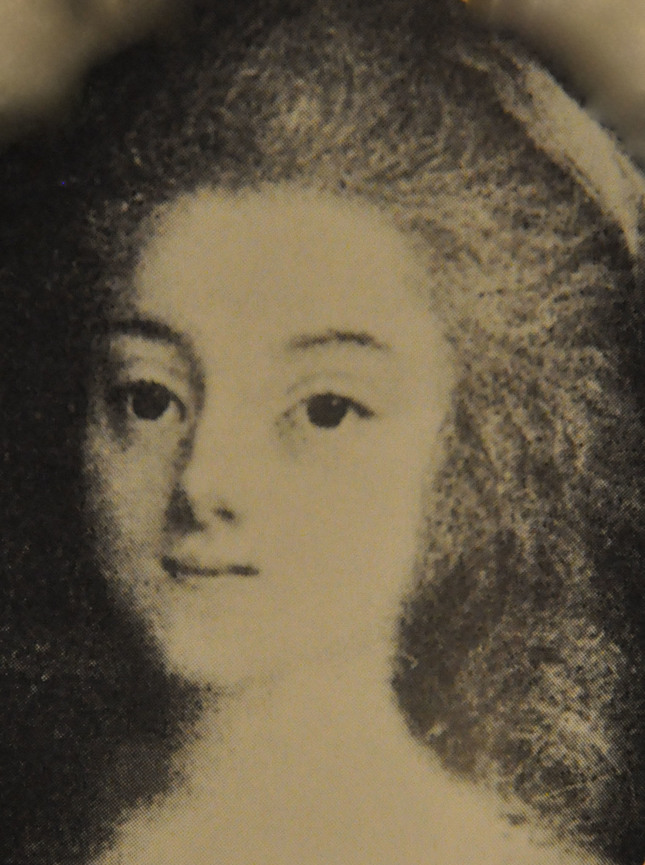 Just five years after Eliza’s visit the Royal Sea Bathing Hospital was opened in Margate, the earliest specialist orthopedic hospital in Britain. The Quaker physician John Coakley Lettsom, who founded it, espoused the benefits of treating disease with sunshine, fresh air and sea bathing. He also pioneered the use of open-air treatment for patients with non-pulmonary tuberculosis. Today the Georgian building has been converted into luxury flats. 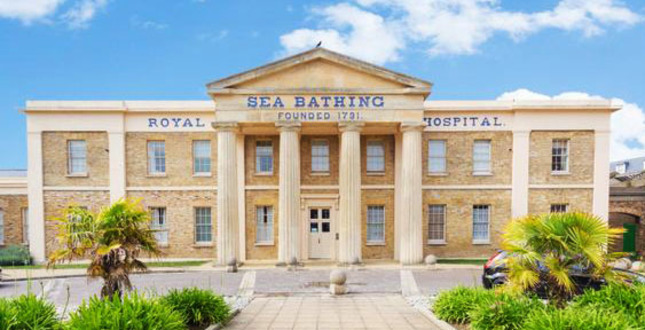 In my novel To Dust You Shall Return, #3 Lord Danvers Investigates, Lady Danvers experienced a similar treatment in Victorian times at Conyngham House in Ramsgate. “She had complete rest in the purest sea air; bathed in both hot and cold seawater regularly; was most obedient in matters of the kelp and seaweed diet.” 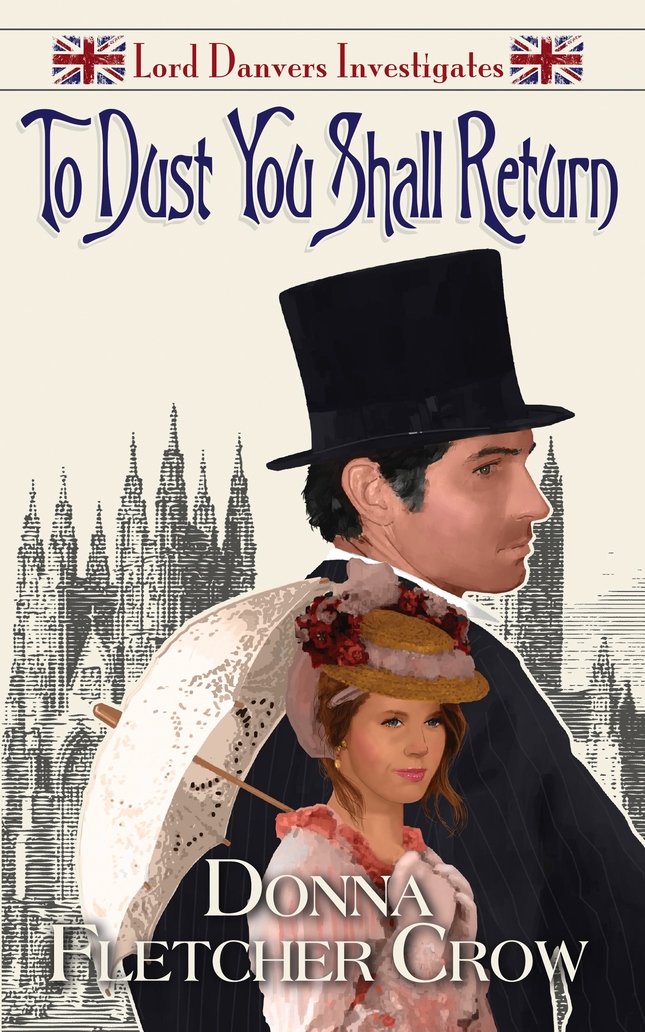 Margate played a key role in the sea-bathing craze. Although the first bathing machine was apparently used at Scarborough in 1735, Margate claims the first “dipper” or “guide” to assist bathers into the water and dunk the timid when needed. Zechariah Brazier first took a bather into the sea in a simple cart.

By 1753 Benjamin Beale, a Margate resident, had invented his modesty hood—a canvas canopy that could be raised and lowered by the driver of the machine. Since it was usual to bathe nude such a device provided protection from the wind and waves as well as modesty.

Sea-bathing at Margate became so popular that there weren’t enough machines to cater for the demand so bathing rooms were built on High Street where those waiting for a machine could drink sea water, read newspapers, enjoy conversation and even play the piano. The rooms were so popular they were rebuilt after being destroyed by a storm in 1808. The depiction of the rebuilt rooms at the top of their stairs to the beach (below) and drawing of Beal’s modesty hood (above) are from Margate’s Seaside Heritage published by English Heritage.

My first stop in Margate was a site that Austen would surely have liked had it been in existence in her day. We know from the many references in Jane’s letters to visiting art galleries in London that she was an avid visitor of art exhibits, and with her keen appreciation of the Royal Navy she would undoubtedly have enjoyed the excellent Turner museum on the beach in Margate. 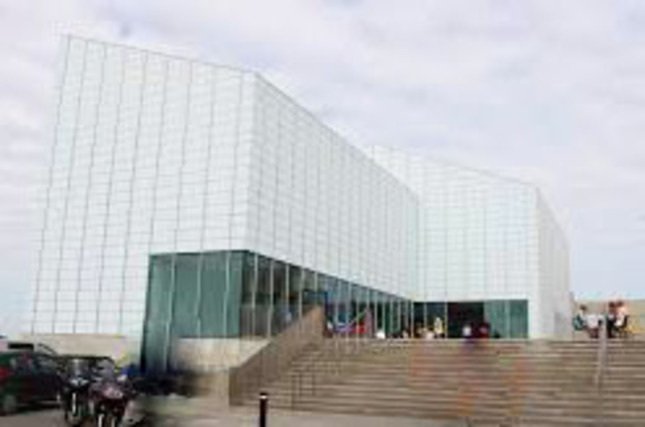 My favorite exhibit was not in the museum itself, but viewed from the museum. Antony Gormley, my favorite modern sculptor, best known for his Angel of the North, installed one of his “Another Time” sculptures on the Margate foreshore. 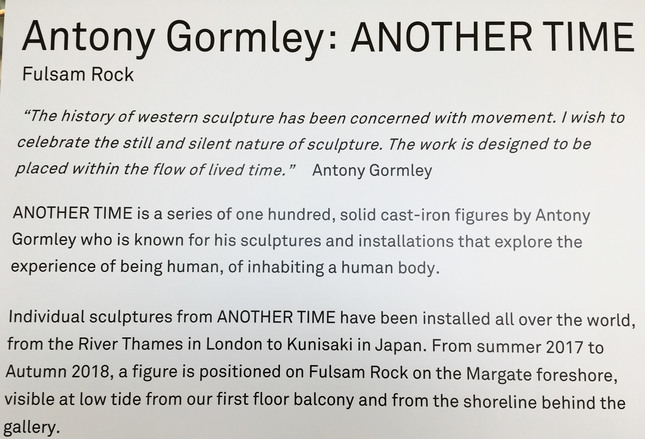 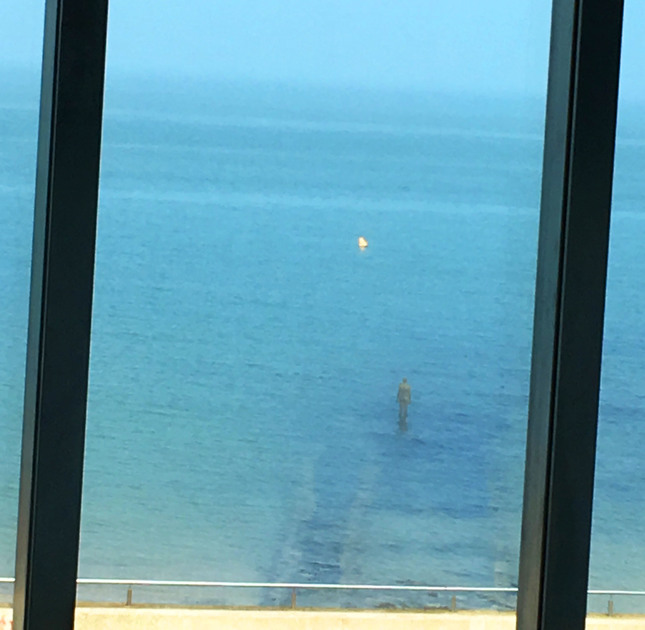 JMW Turner was sent from his native London to school in Margate in 1786 when he was 11 years old. Perhaps Margate was chosen for his health, as he was a sickly child. There he produced a series of drawings of the town and surrounding area that foreshadowed his later work. This time at the seashore may have influenced his lifelong passion for the sea and navy.

Jane Austen would have been especially interested in Turner’s portrayal of the battle of Trafalgar because of the impact that battle had on her brother Frances. Although part of Nelson’s fleet, Francis’ ship the Canopus had been sent on another errand and was off Gibraltar on the day of the Battle of Trafalgar—a bitter disappointment to Francis. He wrote to Mary Gibson, his intended, “[A]fter a very severe contest, a most decisive victory has been gained by the English. . . . To lose all share in the glory of a day which surpasses all that ever went before is what I cannot think of with any degree of patience.”

Another Margate amenity Jane Austen would likely have enjoyed was the Theatre Royal which opened in 1787. It is the oldest theatre in the UK, having offered continuous productions since its opening with a brief hiatus for use as auxiliary barracks in 1803 and as a chapel in 1841. It now offers professional an amateur productions year round.

In Georgian times Margate was very much in the forefront of seaside development. Cecil Square, the first Georgian square to be built in a seashore resort, was built in 1769. That other essential for any spa town, assembly rooms, were first opened in Margate by the Widow Barber at the Black Horse in 1754, but by the end of the 18th century were replaced by Benson’s grand assembly rooms in Cecil Square. They offered concerts masquerade balls, tea or coffee, billiards and cards. Sadly, this elegant structure and much of Cecil Square was destroyed by a disastrous fire in 1882 and the former Georgian square is now a busy street and car park.

Hawley Square, however, built 1770-1790, is still leafy. It contained houses, the Theatre Royal and one of Margate’s 3 circulating libraries.

Margate’s St. John the Baptist church was built by monks as a chapel-of-ease in 1050. St. John’s survived the Reformation, the transformation of the community from a farming and fishing village to a fashionable resort, and the enemy bombing which destroyed the 1829 Gothic-style Holy Trinity Church in 1943. St. John’s was painted by JWM Turner during his stay there in 1784.

Margate’s greatest claim to literary fame, however, is not Jane Austen, but rather, T.S. Eliot. In 1921 Eliot and his wife Vivienne, both suffering from nervous disorders, went to Margate for their health. Eliot drafted part of “The Waste Land,” arguably the greatest English language poem of the twentieth century, sitting in the Nyland Rock Shelter on Margate Sands. 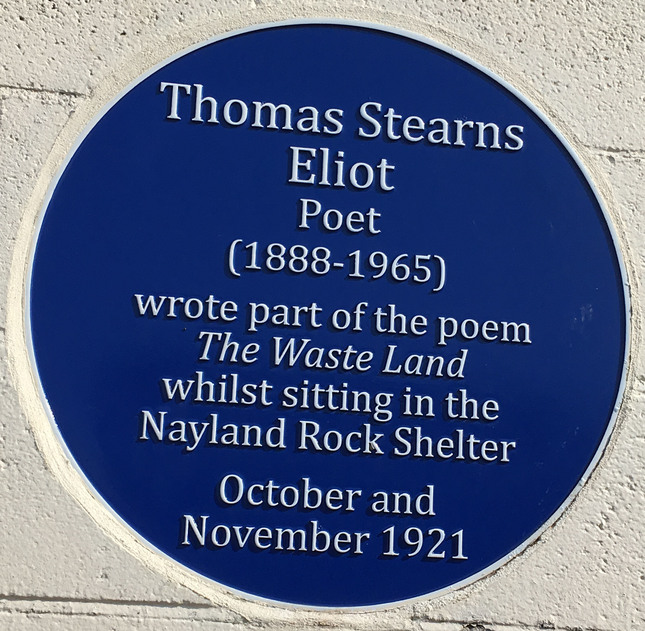 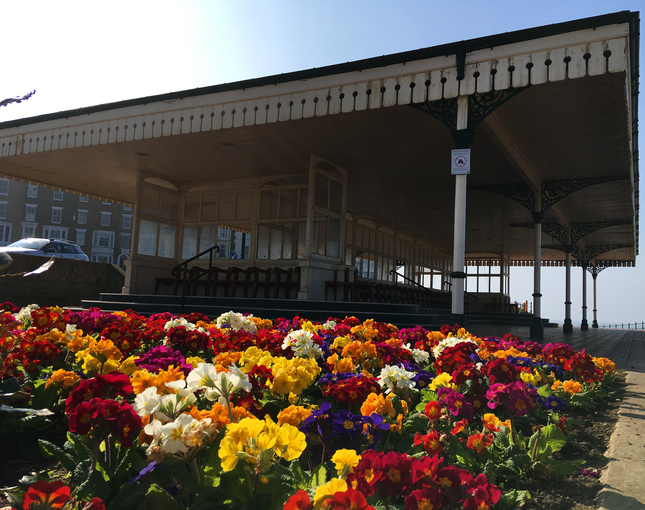 We began this series with an overview, then visited Teignmouth,  Dawlish and Sidmouth. We spent 2 weeks in Lyme Regis with Part 1 and Part 2, then Southampton,  Portsmouth, Bognor Regis, Worthing, Brighton and Ramsgate. Next week we move inland to Chawton when we conclude our exploration of Jane Austen’s Seashore where she herself would have concluded any of her forays abroad after 1807.