Ramsgate, like last week’s Brighton, is another of the fashionable seaside resorts that was apparently on Jane Austen’s Least Favourite list, in spite of its being one of the great English resorts and naval ports in the nineteenth century. As early as 1788 the noted artist Benjamin West painted his “Bathing Place at Ramsgate.” The bathing machines West depicts poised to go into a rough sea sport ‘Tilts’ or ‘Modesty Hoods’ invented by the Quaker Benjamin Bale. From the lack of bathing attire the hoods were apparently much needed.

Ramsgate has one of the largest marinas on the south coast and is the only one in the UK to have the distinction of being a Royal Harbour. King George IV, formerly the Prince Regent, bestowed this title on Ramsgate in 1821 to repay the town for their outpouring of hospitality to him when he used the harbor for his Royal Yacht Squadron. Of course, considering Austen’s opinion of Prinney, as we discussed last week at Brighton, that might not have been much of a recommendation to her.

Apparently Jane Austen visited Ramsgate when her brother Francis was stationed there during the Napoleonic Wars. It was his duty to organize The ‘sea fencibles’, a naval militia, to defend that vulnerable strip of the Kent coastline. Sir Egerton Brydges, in speaking of Jane Austen, says: “The last time I think that I saw her was at Ramsgate in 1803." This is the only evidence I could find that she was actually ever at Ramsgate.

H. Hubback in Jane Austen's Sailor Brothers says, “That their religious life was the mainspring of all their actions is sufficiently clear throughout the whole lives of” both Charles and Francis Austen. “During this time at Ramsgate, Francis was noticed as ‘the officer who knelt in church’.” The Sailors Church wasn’t built until later, but the honour to his profession and his faith would surely have pleased Francis as well as his younger sister. 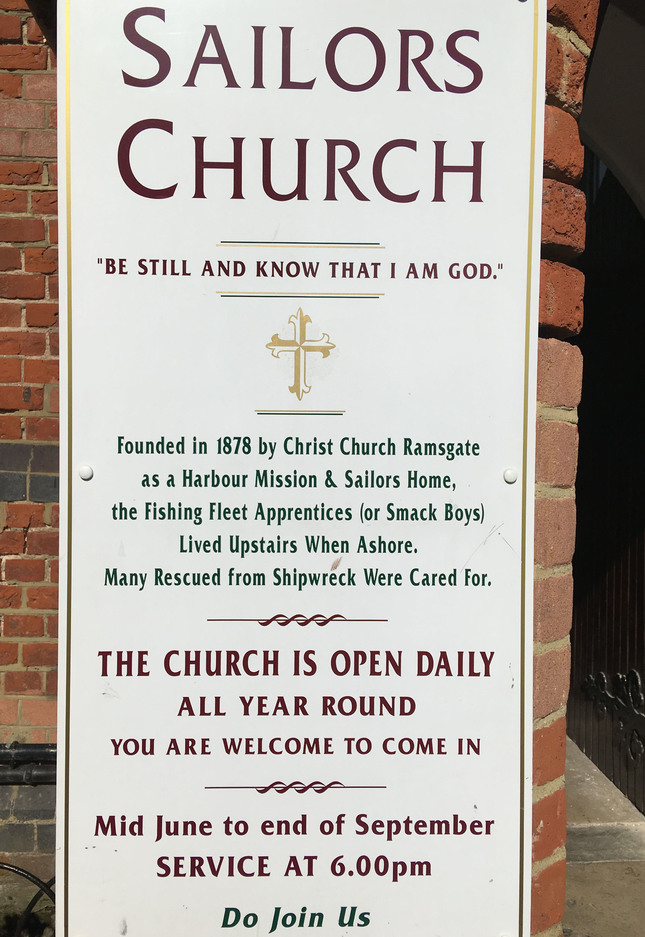 Also while at Ramsgate Francis met and fell in love with his future wife, Mary Gibson. Mary eventually became one of Jane’s favourite sisters-in-law but not until she and Cassandra got over the shock of Francis not having offered for Martha Lloyd, as they had hoped he might.

In the summer of 1803 the Austens stayed with Edward at Godmersham in Kent.

While there Jane met her future sister-in-law. Julie Trickett suggests in the "Chronicle" for the Jane Austen Society of Australia, December 2016, that while there, “Mary no doubt gave Jane some ideas for her fictional resort Sanditon.”

But the Regency town was more focused on the army as Wellington’s troops drilled in Spencer Square, readying for deployment to fight Napoleon in the early 1800s.

The Falstaff Hotel has an upstairs war room purportedly used by Wellington. 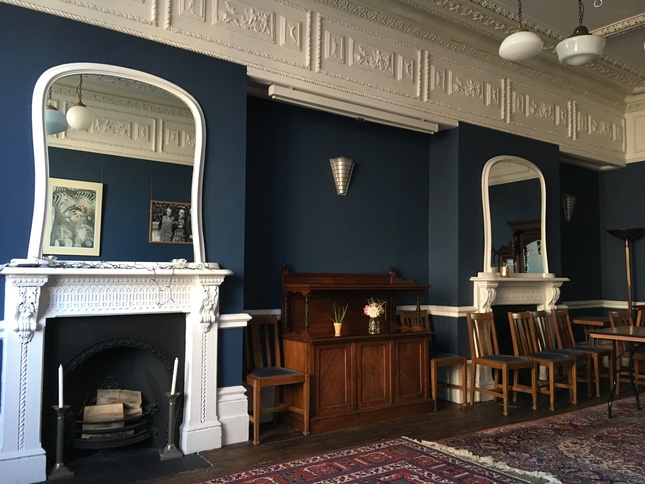 In her letters Jane records a number of comings and goings that include Ramsgate in their itinerary. One was Edward Bridges who dropped in “unexpectedly to breakfast with us, on his way from Ramsgate. . .  They have been all the summer at Ramsgate for [his wife's] health; she is a poor honey—the sort of woman who gives me the idea of being determined never to be well and who likes her spasms and nervousness, and the consequence they give her, better than anything else.” Jane then observed, “This is an ill-natured statement.” About as close as she ever seems to come to apologizing for one of her candid remarks.

She softens only slightly her pronouncement regarding an acquaintance’s talking of “fixing at Ramsgate—Bad Taste!” She does go on to ameliorate her judgment by adding, “He is very fond of the Sea however;—some Taste in that—& some Judgement on fixing on Ramsgate, as being by the Sea.” 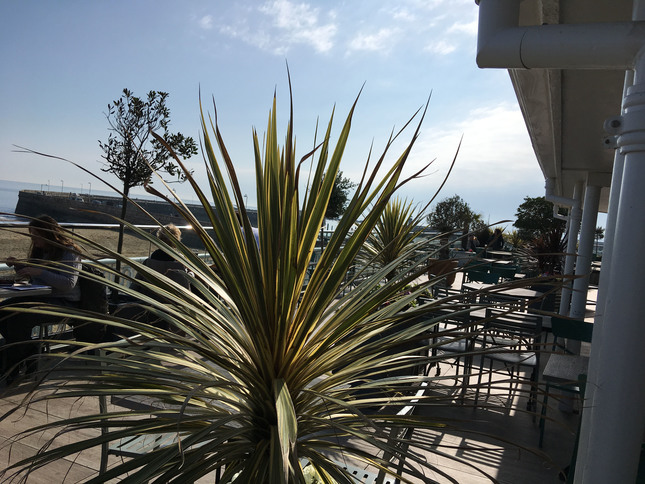 Like the people Austen knew in real life, the people in her novels who do go there are unreliable role models.

In Pride and Prejudice George Wickham attempted to abduct the fifteen-year-old Georgiana Darcy from Ramsgate when she was under the protection of a less-than-dependable governess Mrs. Younge, “in whose character we were most unhappily deceived;” Darcy explains to Elizabeth. The near-disaster occurred in spite of Lady Catherine de Bourgh’s “point of [Georgianna] having two men-servants go with her.”

In Mansfield Park Tom Bertram “got into a dreadful scrape last year from the want of” ladies being improperly attired when he “went down to Ramsgate for a week with” his friend Sneyd. The solecism he committed was that of paying attention to the younger daughter who was not yet out, but was dressed in the same style as her older sister. Gasp

But, as readers of Jane Austen know, interpreting Austen is never straight forward. Whatever Austen’s true opinion of Ramsgate, and with her ironic sense of humor one can never be quite certain of her judgments, many visitors to Ramsgate in the nineteenth century found the town first rate, enjoying its “glorious sands,” hotels, libraries and churches—surely things Jane herself would have approved. Indeed, the wide, sandy beach below my hotel is referred to as the “Jewel of Ramsgate.”

Ramsgate's connections to the famous are myriad. In later Victorian times Vincent Van Gogh lived there for a time and wrote to his brother, “There’s a harbor full of all kinds of ships, closed in by stone jetties running into the sea on which one can walk. And further out one sees the sea in its natural state, and that’s beautiful.” 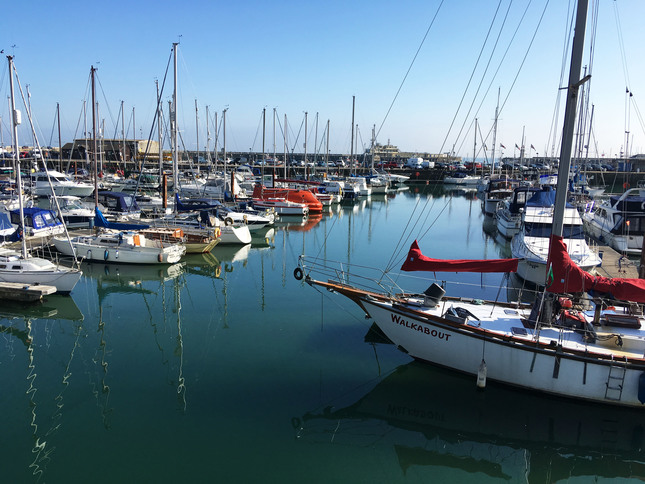 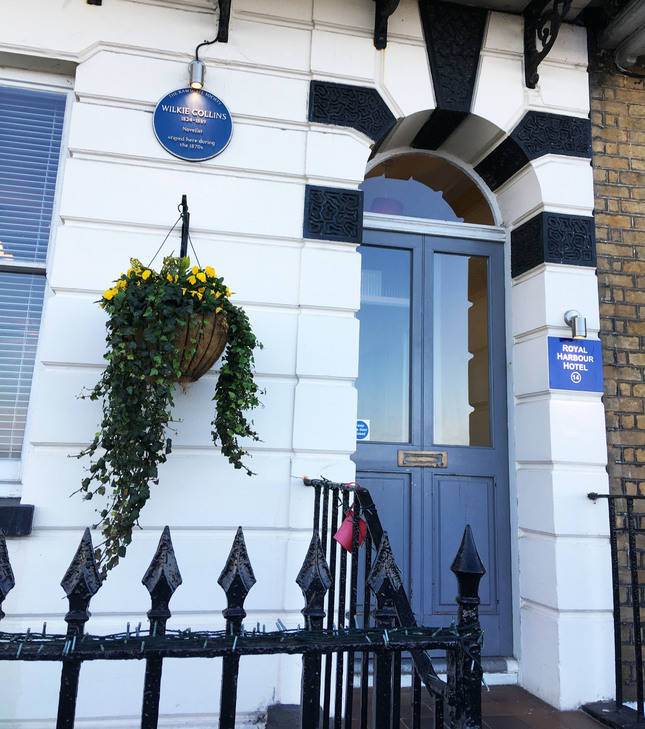 Princess Victoria stayed in Ramsgate in 1835 when recuperating from an attack of typhoid fever and again in 1842 as Queen with Prince Albert. 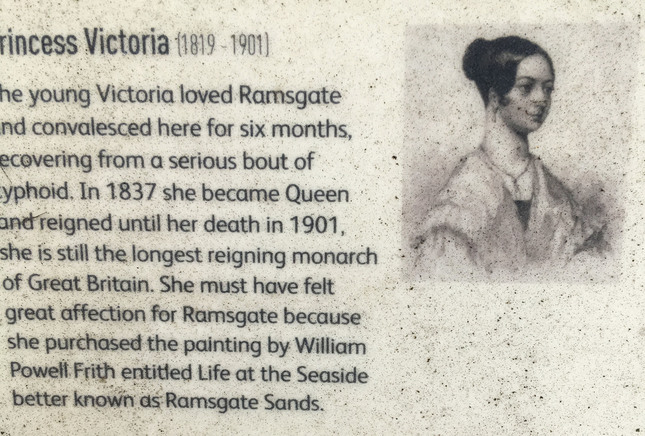 Both times, she stayed at the Albion House—as did I on my visit. Although I wasn’t able to book the Princess Victoria room, I highly recommend the hotel.

Next week we travel a mere five miles from Ramsgate to its sister city Margate.  We began this series with an overview, then visited Teignmouth,  Dawlish and Sidmouth. We spent 2 weeks in Lyme Regis with Part 1 and Part 2, then Southampton,  Portsmouth, Bognor Regis, Worthing, And Brighton. Please return each week as we continue to Margate, and finally, move inland to Chawton. 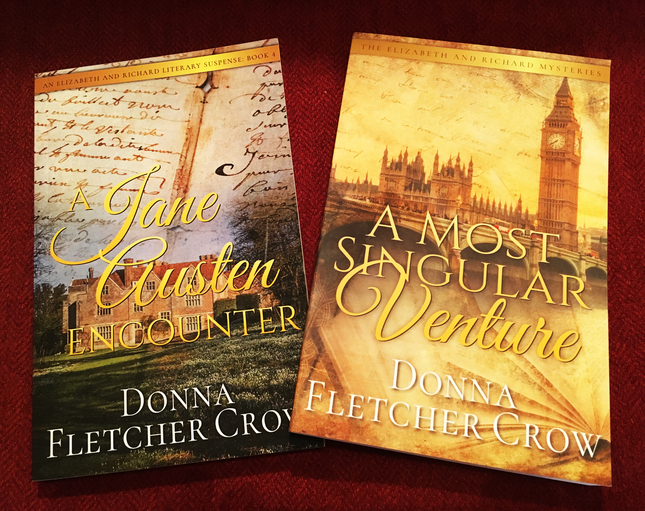