Unlike Lyme Regis, for whom its royal ascription was ancient but had simply fallen out of use in Jane Austen’s day, Bognor was just Bognor until King George V went to nearby Aldwick on the advice of his physician in 1929. Queen Mary accompanied him and shopped in Bognor. The monarch found his lodging uncomfortable and did not enjoy his time there. He did, however, recover from his lung infection, and so granted the town permission to append Regis, meaning “of the king,” to its name.

I have earlier mentioned the claims Dawlish, Sidmouth, and Lyme Regis have to being models for Jane Austen’s Sanditon, these assertions rest primarily on the endeavors of their early developers to bring their towns up to the spa standard demanded by the discriminating Regency seashore tourists and health seekers. Their developers, like Jane Austen’s fictional Tom Parker, were single-mindedly devoted to the cause of bringing a small fishing village into national acclaim as a fashionable resort. We had the visionary John Ede Manning in Dawlish, who turned a quiet seaside town into a bustling resort by filling in the marshy land and designing public gardens.

Likewise, Thomas Hollis bought run-down property in Lyme Regis which he demolished and rebuilt with improved views of the sea. His vision, not completed until after his death, included a promenade and Assembly Rooms. It’s of particular interest to note that in Sanditon Lady Denham’s over-shadowed first husband “had been a Mr. Hollis, a man of considerable Property in the Country, of which a large share of the Parish of Sanditon, with Manor and Mansion house, made a part.”

Similarly, in Sidmouth, we have Emanuel Baruch Lousada who bought most of a hillside and built Peak House, much in the style of Mr. Parker’s Trafalgar House in Sanditon.

Which brings us to Sir Richard Hotham, the Yorkshire hatter who founded Bognor. He laid the foundation stone of the town in 1787 and commissioned the building of his own home, complete with private chapel, in 1792.

Sir Richard’s concept was for “a select seaside resort, a garden town with houses and terraces of elegance and simplicity. . . a paradise for the nobility, free from the rowdyism that was already creeping into other resorts. It was to be called Hothamton.”

He bought 1600 acres and built 30 properties to accommodate visitors. He built his own house as well, including a private chapel so visitors wouldn’t have to go to another town to attend church. He sponsored public breakfasts and provided sailing boats for his visitors. A list of nobility responded to his invitation: dukes and duchess as well as the playwright Richard Brinkley Sheridan, and in 1796 the Prince of Wales himself.

Unfortunately, harsh winter weather, costly property upkeep and Sir Richard’s poor health prevented the all-out success he dreamed of for his project. After his death, however, Bognor continued to grow and had many visitors of distinction, including English and continental royalty. 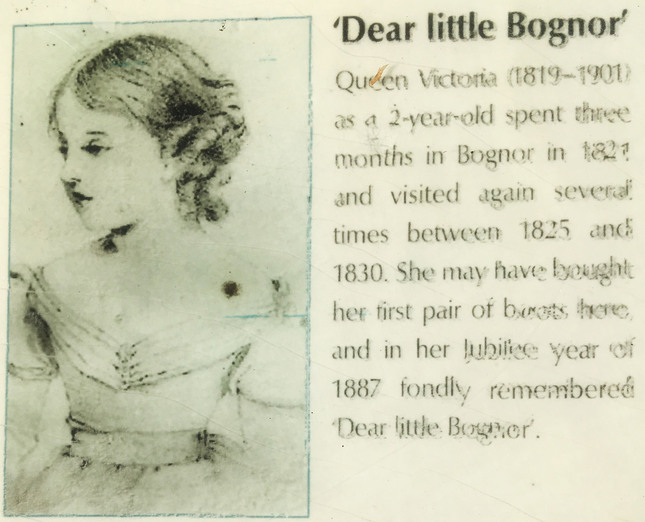 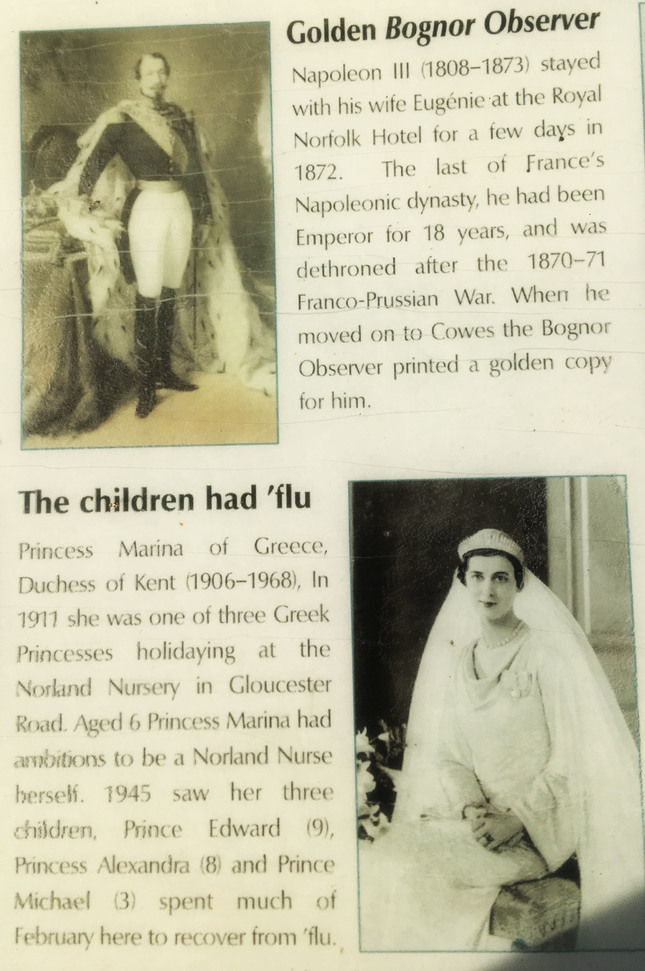 Only one, however, was during Jane Austen’s lifetime. Princess Charlotte, adored only child of the Prince Regent, discovered Bognor when she was 11 years old and returned there for the next 3 summers.

With such worthy real life progenitors, it’s little wonder Tom Parker is such an engaging character—undoubtedly more fun to read about than he would have been to live with. One can hardly read “[H]e was perceived to be an enthusiast on the subject of Sanditon, a complete enthusiast” without feeling rather sorry for his wife.

One advantage the earlier candidates lack, however, is meeting the geographic location Jane gives us for her resort. Mr. Parker’s encomium “the noblest expanse of ocean between the South Foreland and Land’s End,” is too general to be of much help, encompassing as it does, the entire south coast of England. He does locate it firmly on the coast of Sussex, however, when he says, “But Sanditon itself—everybody has heard of Sanditon. The favourite for a young and rising bathing-place, certainly the favourite spot of all that are to be found along the coast of Sussex—the most favoured by nature, and promising to be the most chosen by man.”

Likewise, he appears to eliminate some of the near contenders for the choice as the “real” Sanditon when he says, “It may apply to your large, overgrown Places, like Brighton, or Worthing, or East Bourne – but not to a small Village like Sanditon, precluded by its size from experiencing any of the evils of Civilization;” Indeed, these are all located along the Sussex coast, but it seems unlikely that Jane would have mentioned these resorts as being not Sanditon if she were basing her town on them.

In discussing the location of Jane Austen’s fictional resort, however, it should be mentioned that none of the contenders for being a prototype fulfill the specific requirement of being “towards that part of the Sussex coast which lies between Hastings and Eastbourne.” At the end of the day, Jane’s creation exists most firmly in her own imagination.

Today Sir Richard’s house, originally named Chapel House for the attached chapel, is called Hotham Park House because it sits, as its name would imply, in the middle of Hotham Park.

It is divided into flats which are leased.

The chapel was demolished by its new owner in the 1850s, but the clock tower was retained. The clock is the oldest public clock in the area, having worked continuously for 225 years. 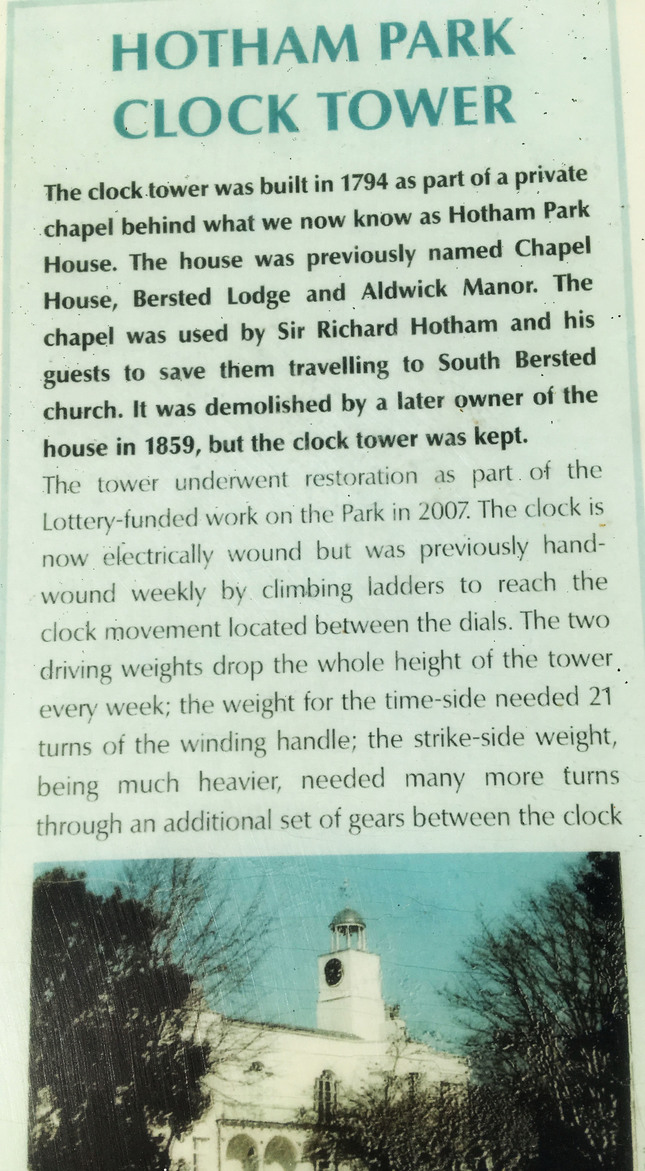 Victorian developers added a pier to attract visitors to Bognor and at one time it boasted a cinema, a roof garden restaurant, and 12 shops. Unfortunately, the same harsh weather that plagued Sir Richard bedeviled this attraction and, after being partially destroyed by fierce storms and heavy seas it was demolished in 2008. Today the beach shows little evidence of the former entertainment center. 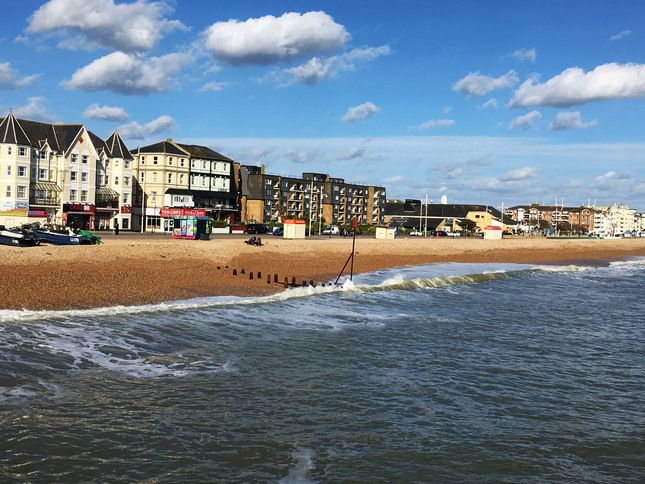 In spite of traces of elegant buildings of the past, Bognor retains little of the royal elegance its developer envisioned for it. One wonders if a similar fate would have awaited Mr. Parker’s Sanditon? 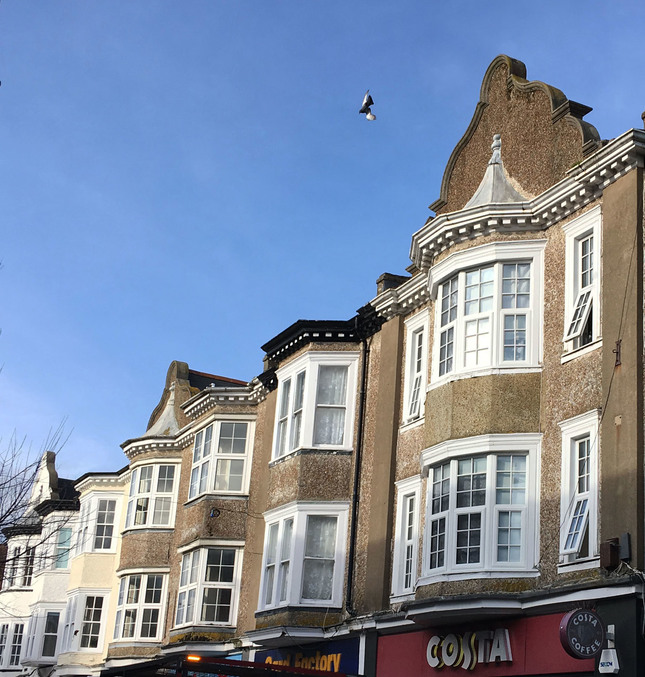 Anna Austen Lefroy, whose writing career was encouraged by Aunt Jane, inherited the 12 chapters of the unfinished manuscript of Austen’s novel and wrote a continuation. Something Jane might not have been necessarily displeased with because, in addition to encouraging and advising her niece, Jane also praised her niece’s “fluent pen.” Since then there have been many continuations and adaptations of varying success. Perhaps we will get an inkling of what Mr. Parker’s success, or lack thereof, might have been next year when the movie of Sanditon, now in filming, will be released. You can see pictures here, even though it is being filmed on the coast near Bristol, far from Jane Austen’s Sussex location.

Our tour will continue next week as we explore Jane in Worthing, a strong contender for the title of “The Real Sanditon.” We began this series with an overview, then visited Teignmouth,  Dawlish and Sidmouth. We spent 2 weeks in Lyme Regis with Part 1 and Part 2, then Southampton, and Portsmouth. Please return each week as we continue with, Worthing, Brighton, Ramsgate, and finally, move inland to Chawton.

Julie! What a delight to see your name in my comments. I'm delighted that you enjoyed the article on Robnor Regis.
I sort of keep up with you via your ads in Jane Austen's Regency World. Blessings on your writing!
-Donna Crow, February 6, 2020