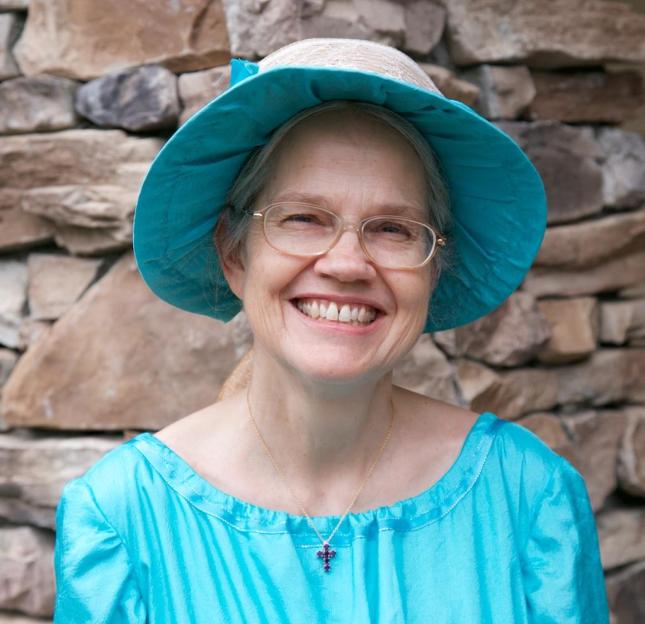 I am so pleased to have as my guest today Brenda Cox, writer, chemical engineer, homeschooler, and language teacher. As if that list weren't impressive enough, after reading her just-released book Fashionable Goodness, Christianity in Jane Austen's England, I must add researcher extraordinaire.

Let me begin by sharing my review of this remarkable book. "Fashionable Goodness is to the subject of Christianity in Jane Austen’s England what Deirdre Le Fay’s edition of Jane Austen’s Letters is on the subject of Jane Austen’s life—simply the indispensable resource. Cox’s breadth of subject matter and depth of research are breath-taking. Everything the reader or writer needs to know to understand the established and dissenting churches, religious leaders and movements, Christianity in Jane Austen’s novels, and much more is available in this wide-ranging volume."

Donna: I have already found this just-released book extremely useful as a resource for my current research project. Brenda, who did you write your book for?

Brenda: Fashionable Goodness is written for anyone who enjoys Jane Austen, from everyday fans, like myself, to scholars; from casual readers to dedicated Janeites. They will better understand the church’s important role in her novels and her world. Readers will also more fully appreciate Austen’s characters, their values, and their conflicts.

Donna: How did you become interested in the church in Jane Austen’s England?

Brenda: I originally wanted to write a novel based on Sense and Sensibility. Because of my own faith, I wanted to include characters who were seeking God. But I soon realized that I didn’t know much about what that would look like in Austen’s time. I did not want to assume that the church and Christians were like those I know today (and it turns out in many ways they weren’t). I started researching, and the more I found out, the more questions I had. So I kept researching and learning more.

Donna: What should we know about the church in Austen’s England?

Brenda: Everything in my book? Or at least that the church was assumed to be an essential part of an English person’s life. (As Henry Tilney said, “We are English, . . . we are Christians.”) The church was in a time of great change, moving toward greater prominence in English people’s lives.

Donna: I think chapter 30 was one of my favorite parts. Could you share a brief excerpt from that for my readers?

Brenda: I'd be happy to.

Like Edmund Bertram, most clergy in Austen’s time connected religion with morals and manners. Religion included religious practices, such as daily prayers and church attendance, as well as religious teaching or doctrine. Morals meant the inward knowledge of right and wrong, which Austen also calls good principles. Religion and moral principles result, Austen says, in manners—outward actions toward other people. In Mansfield Park, for example, Henry Crawford recognizes that Fanny Price is “well principled and religious,” and therefore trustworthy (ch. 30).

Among Austen’s characters, some know good principles, but do not practice them; they have poor manners. In Pride and Prejudice, Darcy was “given good principles” but often treated people badly (ch. 58). Marianne Dashwood also knew what was right but, like Darcy, had to learn manners. After her illness, she determined to “practise the civilities, the lesser duties of life, with gentleness, and forbearance” (ch. 46), applying the principles she knew to her actions.

Austen’s villains appear to have good manners initially, but their actions eventually show their poor principles. Henry Crawford of Mansfield Park, for example, seems charming. He even gives the appearance of reforming into a better person when he falls in love with Fanny. However, underneath he is immoral; his vanity leads him to seduce a married woman. Willoughby and Wickham also follow bad principles that result in bad conduct. Selfishness governs their actions, rather than kindness or love.

How were manners and morals connected to religion? Evangelicals like William Wilberforce and Hannah More believed that principles and manners couldn’t stand on their own, but needed true religion at the core—not just external religious observances such as going to church, but a deep personal relationship with God and faith in Christ. They said love of Christ (not just “good principles”) results in true love for others (not just surface “good manners”).

For Jane Austen as well as for the Evangelicals, faith and good works went hand in hand. Evangelicals openly campaigned to improve the principles and manners of society. Jane Austen influenced people more subtly. She showed principled characters that readers would want to emulate: Elinor Dashwood, who loves her neighbor as herself; Elizabeth Bennet and Mr. Darcy, who both repent of their pride and prejudice; Fanny Price, who holds strongly to her religious principles despite outward pressure and her own physical weakness and shyness. Austen also showed character flaws readers would want to avoid, such as Willoughby’s self-centeredness.  ©Brenda S. Cox, 2022, reprinted by permission.

Donna: That's a good teaser, indeed, Brenda. Thank you so much for being with us today. We'll just finish with your brief biography and where to buy Fashionable Goodness.

Brenda S. Cox has loved Jane Austen since she came across a copy of Emma as a young adult; she went out and bought a whole set of the novels as soon as she finished it! She has spent years researching the church in Austen’s England, visiting English churches and reading hundreds of books and articles, including many written by Austen’s contemporaries. She speaks at Jane Austen Society of North America meetings (including three AGMs) and writes for Persuasions On-Line (JASNA journal) and the websites Jane Austen’s World and Faith, Science, Joy, and Jane Austen.

It was great fun to learn that my Where There is Love series, biographical novels on the church in England in the 18th and 19th century was part of Brenda's research for Fashionable Goodness. You can read her in-depth review here.

Thank you so much for joining us, Brenda! All the best on your continuing blog tour--I loved being part of it.
-Donna, November 8, 2022

This is fascinating as I love Jane Austen. I'm sure the subject of Mr Collins must come up - a clergyman who knew his principles but that didn't translate through to his manners. There was a fatal disconnect along the way!
-SHEILA ROBINSON Pen name SC Skillman, November 19, 2022

Yes, Sheila--Brenda covers the whole issue of manners since the term meant something quite different in Austen's day than it does in ours. Way beyond saying "Please," and "Thank you."
-Donna, November 19, 2022