A Reason to Give Thanks, Picture of a Pioneer Thanksgiving

Last year I offered my readers a Thanksgiving story titled “Thanksgiving in Troubling Times” about celebrating during the depths of the Great Depression. This was based on scenes from Elizabeth, Days of Loss and Hope, Book 2 in my Daughters of Courage series.

This year I have taken material from Kathryn, Days of Struggle and Triumph, the first book in my family saga trilogy. This is set in the early 1900s in Kuna, Idaho, and newcomer Kathryn is finding very little to give thanks for in a pioneer hut in the middle of a sagebrush desert with no one but her preacher father Adam and his brother Isaiah.

A Reason to Give Thanks 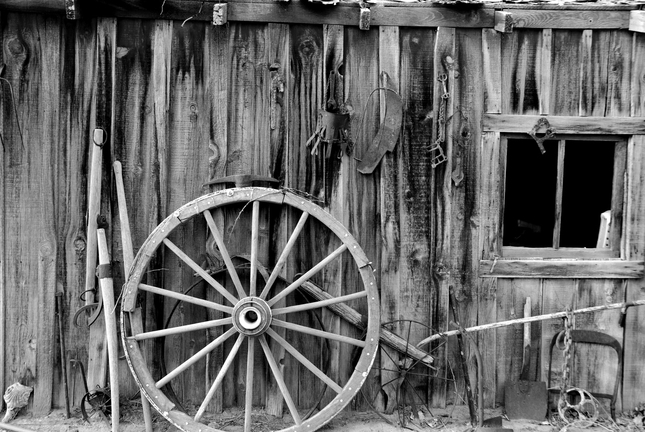 The Sunday before Thanksgiving,  Adam was leading their small clutch of a congregation in a booming version of “When the Roll Is Called Up Yonder” when the door of the one room shack creaked open, and suddenly the room was full. Adam had probably mentioned to Kathryn that the Sperlins had three sons, but she had had no idea…

At the end of the first verse  of the song Adam stopped to greet the newcomers. “Harold Sperlin, welcome to the house of the Lord. Well, really the house of Isaiah Jayne, but today it’s the Lord’s house. Introduce this fine family of yours.”

The six-foot-three, broad-shouldered man pulled off his hat to reveal thick, sandy hair and beamed on his family. “This here’s Willa. Believe it or not she mothered these three great hulks and manages to keep us all fed.”

He pulled his wife to the fore as if taking her out of his pocket, and everyone laughed. Willa Sperlin was barely five feet tall and as lean as a jackrabbit, but her brown eyes danced and her brown hands were strong as she shook hands around the room.

“And these here are Jules, Myron, and Elmer. We got three mules back on the place—’cause my dad always preferred mules to horses—but I’m here to tell you these boys can outwork any six mules.”

No one doubted his word. When the three Sperlin boys moved, the shack trembled. Kathryn knew vaguely that the Sperlins had staked out their claim a few sections to the southwest. In early September they had pitched a tent and spent every daylight hour clearing land until freezing nights forced them to build a shack.

Nelly Brewington, Kathryn’s nearest neighbor, made room for Willa beside her on the bed. Kathryn held her breath. If those boys tried to sit on Uncle Isaiah’s bed… But they wisely chose to lean against the wall, and the service continued with four bass voices sending the hymns rumbling across the desert. 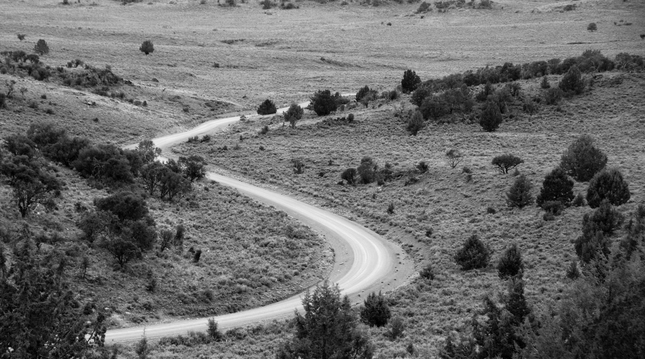 After the service Nelly issued her invitation for the Jaynes and Sperlins to join them for Thanksgiving dinner, and the women clustered around the table planning their menu and deciding who would bring each dish.

When they arrived at the Brewingtons’ just after noon on Thanksgiving Day Kathryn was sure she’d never seen so much food for thirteen people—as much as at a potluck dinner for the whole church of sixty in their former home back in Edgar, Nebraska. Kathryn thought the six pies she had made and the huge basin of mashed yams, and sweet potatoes topped with crispy golden marshmallows that Nelly had told her how to fix, would surely last them till Christmas, knowing how much the other women were fixing, too.

She was even more certain that her pies would be left over when she saw that Nelly and Willa had each made a cake as well. At least food would keep in the cold weather. No need for an icebox now—they had the whole outdoors.

Ned had set up a trestle table the length of the kitchen to hold all the food, and the diners would sit all over the house, on stools or floor as seemed convenient. At least there was almost ample room.

Being the closest homestead to Indian Creek, the Brewington place had water more of the year than any other in the area, and therefore was more prosperous. They had been there since 1900 and had already built two additions onto their original shack.

After months of living with bare, rough-hewn wood, Kathryn thought the red building paper that lined Nelly’s walls was the most elegant thing she’d seen since the flowered wallpaper of their home in Nebraska.

After Adam offered a Thanksgiving prayer and everyone began heaping their plates with turkey, dressing, corn, mashed potatoes, gravy, and all the rest, Kathryn saw how foolish she had been to think she’d have to worry about leftovers. Those Sperlin boys were on their thirds and showed no signs of slowing by the time she was halfway through her first helpings.

At times like this, Kathryn was aware of her strange position of being a girl filling a woman’s role—as she had done ever since her mother died before she and Adam moved west. Her impulse was to sit with Nelly and Willa and talk about cooking and housekeeping—chores that occupied her from sunup to sundown. But really, she was far closer in age to the Brewington children.

When Alvina Brewington burst out in a merry laugh at something her brother said, Kathryn decided to join their group in the bedroom off the sitting room. She would like to hear about Alvina’s lessons. It seemed like heaven to be allowed to spend part of each day doing nothing but reading and writing.

Kathryn had graduated from the little school in Edgar two months before they moved, and there had been no question of her going on to a degree. Her papa had only finished the eighth grade. His remarkable knowledge of the Scriptures he had gained on his own, reading far into every night by the flickering flame of a coal oil lamp—and his knowledge of literature as well. He could recite Pilgrim’s Progress and Foxe’s Book of Martyrs almost from memory.

Kathryn had learned at least as much from Adam as from her schoolteachers, for evening readings in the Jayne home had included a wide range of the classics: Shakespeare, Dickens, Sir Walter Scott…

Although during these past months in the desert there had been no time for such luxuries, and Kathryn sorely missed them, Adam still read the Bible aloud every day, and she wrote faithfully in her journal. But that was all the time or energy she had for such things. Now, to hear Alvina talk about A Tale of Two Cities, which she was reading, brought a stab that was unchristianly close to jealousy.

Then the Sperlin boys, their plates piled high with pie and cake, joined them. The two younger ones, Myron and Elmer, who were Alvina’s age or a year or so older, sat on each side of her, leaving Kathryn to the complete attention of the older Jules. The maneuver was so dexterous it was impossible not to suspect connivance among the brothers, and yet it was equally impossible to think of the open-faced Sperlins as capable of plotting.

Still, Jules Sperlin seemed to be a man of surprising contrasts. In spite of his enormous size and booming singing voice, Kathryn was surprised how softly he spoke in the crowded room. And, in spite of the huge quantities of food he consumed, she was pleased to see how nice his manners were. Willa had done her work well.

Jules asked Kathryn about her move to the desert. When she recounted the death of her mother and the baby that would have been her little brother, his sympathy was so genuine she was amazed at the gentleness he revealed. And then she reversed the question.

“Well, things were getting a mite crowded in Iowa.” He shook his sandy hair, and his blue eyes danced. “Not that some crowding by a good Iowa cornfield wouldn’t seem pretty welcome out here. But Pa has three brothers, and after Grandpa died it wasn’t practical to divide up the land four ways. Pa’s the oldest, so he decided he should be the one to move on.”

Kathryn frowned. “I don’t understand. It seems like the oldest would have the most right to stay. Let the younger ones move.”

Jules shrugged. “Legally probably. But Uncle Ben just had a new baby, and Uncle Joe’s always been a mite sickly, and it’d like to kill Uncle Everet to leave the stock—so this seemed best.”

“Such brotherly love, such kindness…” Kathryn couldn’t finish, so she turned back to her plate.

When everyone had eaten considerably more than he or she was comfortable with, Ned Brewington brought out his harmonica, and they spent the next two hours in a hymn sing that rocked the house.

“Well now I can’t rightly think of a better way to work off a bit of worldly indulgence in gluttony than singin’ praises to the Lord,” Adam said at last. “Ned, how come you’ve been hiding your light under a bushel? You bring that ‘sweet potato’ along with you every Sunday, and we’ll have a lot better song service.”

Kathryn agreed. It would be lovely to have accompaniment to keep their often off-tune singing on key.

The thought renewed the homesickness that ever lurked beneath the surface of her consciousness. If only they hadn’t had to leave her little pump organ behind. Of course, there was no place to keep it here, and it was being well cared for by her neighbor in Edgar who had first taught her to play. But Kathryn desperately missed her organ. When water came in to irrigate their crops, this might become a good place to make a living, but she wondered if life would ever be worth living here among the sagebrush and jackrabbits with no time for books or music.

The others, however, were entering into enthusiastic plans. The hymns had been so successful that they would hold a carol-sing for Christmas. Adam would ride out to invite all the homesteaders within a ten-section radius. That might be a good first step to getting them to come to church—and if they didn’t offer so much food, just refreshments, they wouldn’t need so much space. Alvina suggested they might be able to use the Brewington barn if it wasn’t too cold. So the plans progressed.

But Kathryn was quiet. A barn? Why couldn’t they live in a civilized place that had churches and schoolhouses for meetings? Yes, she had determined to survive, and she would. But achieving success seemed as likely as climbing to the moon. And they probably wouldn’t have to grub sagebrush on the moon—it was supposed to be made of cheese, so you wouldn’t even have to work for food.

Her fanciful, escapist thoughts were interrupted by Jules. “I was wonderin’, Miss Kathryn. For this carol-sing—I mean—would you like it, if your pa’d permit—that is, could I call for you in my wagon?”

Kathryn blinked in surprise. “Oh. Well, yes, Papa would permit—” She was as flustered as he was. “Yes, I would like that, Jules.”

And suddenly the desert didn’t seem quite so barren. 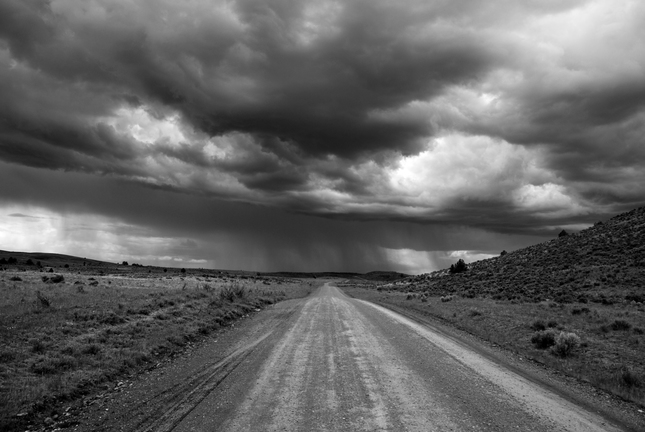