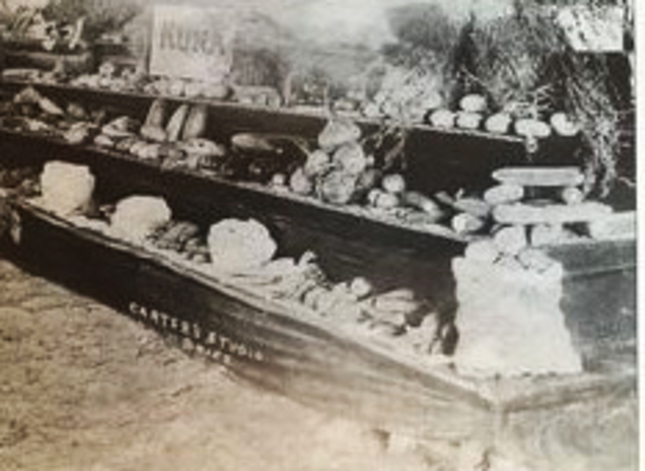 1933 was the worst year of the Depression. The world had gone through the Great War and the Spanish flu pandemic. Then the stock market crashed in 1929. And still, things got worse. Now One-quarter of America’s workers was out of work. The brave optimism of the 1920s gave way to fear and desperation.

Then came Thanksgiving. Elizabeth knew how fortunate she was to have a job teaching in her tiny, country school, and she tried bravely to be thankful, especially when she went back to the family farm outside Nampa for Thanksgiving dinner. But she was aware her effort showed and feared that her words rang hollowly. Still she tried.

“There, isn’t that nice?” Her brightness sounded forced, even to her own ears, as she placed a paper cornucopia and papier-mâché fruit centerpiece on the table.

“It’s lovely, dear. Your students do such nice work,” her mother Kathryn agreed.

But her little sister Alexandra just stared at it with red eyes and turned her tear-streaked face away. “Now we’re going to get the speech about how much luckier we are than most of the country—at least we have each other and food on the table. But how lucky do you feel that you and Eliot can’t get married?” Alex stalked across the room, then paused at the door. “At least he’s still in the valley.”

Elizabeth was sorry for her sister—Alex, who had always been so sunny with her golden curls. Elizabeth was sorry that Howie Manchester, her sister’s boyfriend, had been forced to move to California when his family lost the farm that had been theirs for two generations. She recalled her parents’ stories of how the Manchesters had shared water from their well before the canals were completed. Elizabeth remembered Howie’s mother best, however, from when she achieved notoriety for being the first woman to walk down the streets of Kuna in a pair of anklets. Elizabeth must have been about ten years old then, and the impression of a woman walking down the street in stockings that covered only her ankles, leaving the rest of the leg bare, was indelible.

Elizabeth was sorry for all who suffered so desperately, especially at this holiday time. Still, she simply couldn’t keep her own spirits down—for Eliot was coming for Thanksgiving. He had saved for weeks to buy gas to put in his boss’s Ford so they could have Thanksgiving together.

Since there was no way she and Eliot could find a way to get married, she would just have to make the most of their all-too-short time together.

Dinner, with the family gathered around the old table in the farmhouse kitchen, was a great success. As soon as the last crumb of pumpkin pie had disappeared she jumped up to do the dishes.

“No,” her mother commanded. “There’s not room for everyone to work in the kitchen, and you did more than your share of the cooking. Out you go.” She shoved Elizabeth and Eliot toward the porch where coats hung on hooks. “A nice brisk walk—that’s what you two need.”

It was exactly what they needed. Because the present was so dismal, and the future looked so dim, they talked about happy memories of their past as they walked hand-in-hand down the sagebrush-lined dirt road, recalling times they had enjoyed together at college and sharing events from their childhoods neither had told the other before.

“Did you have Thanksgiving in China?” she asked Eliot, who had been born in China where his parents were missionaries. 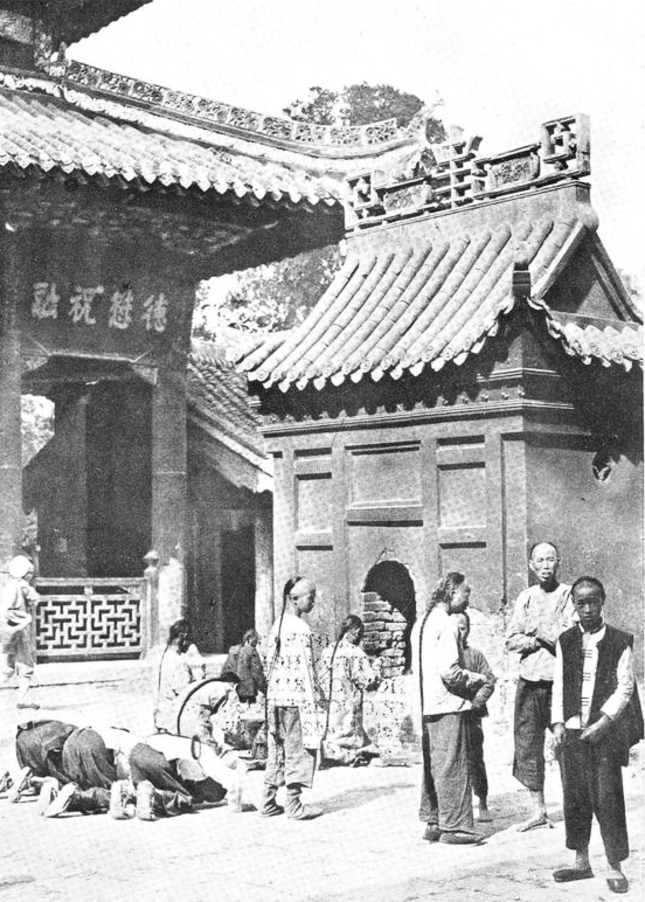 “When we were in the compound, the Americans celebrated together. But the Thanksgiving I remember best was being in some small village in northern China with my father. He always rode his bike from village to village with an accordion on his back—that way he could go through the streets playing it and attract a crowd. That time I accompanied him on a drum.

“It didn’t take long to get the attention of every person in that village—especially the children. They scampered along behind us until we had a great parade that wound back to the tent the other missionaries had set up. It held six hundred people, but we had it crowded out. My mother taught the children, and I helped her.”  He smiled at the memory, then paused.

“By the next Thanksgiving Mother had become too ill to stay on the field. She took me back home with her.” He gave himself a little shake, as if he realized he had violated their unspoken agreement to remember only happy things that day.

“And did you get a Thanksgiving dinner?”

He returned to that last, happy Thanksgiving in China. “Well, sort of. Father had preached in that village before, so there were Christians there. They invited us home with them to eat. When anyone asked my father what he wanted to eat he always asked for millet. It was the cheapest, most plentiful food in that part of China—and the hardest to spoil by cooking. He became known as ‘the one who can hold much millet.’ That must have been a year of abundance, because I remember we also had sweet potatoes, peanuts, and cabbage.”

“You remember from that long ago?”

“I don’t forget important things.” And the way he looked at her when he said that made Elizabeth shiver deliciously. So did the kiss he followed it with.

Based on scenes from Elizabeth, Days of Loss and Hope, Book 2 The Daughters of courage family saga. 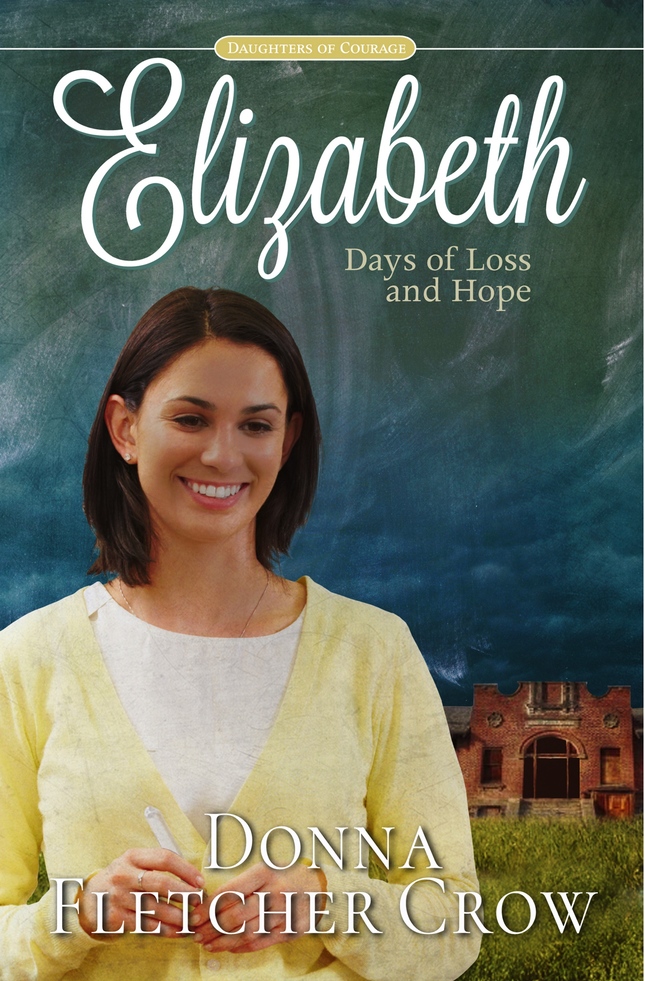 I thoroughly enjoyed this excerpt! Donnaâ€™s writing is truly a joy to read and a much-appreciated sanctuary in this crazy world.
-Susan Durst, November 18, 2020

What a lovely story to have shared with your readership. It really is counting your very important blessings, every time you begin to become overcome by the hard times we are facing. I for one, here in Australia, do count mine & say a big thank you to God for ALL of mine especially in the face of this terrible disease.
-Irene Gray, November 21, 2020

Susan, how lovely to hear from you! Thank you so much for your kind words. It's so true--reading can, indeed, be a very welcome sanctuary in hard times.
-Donna, November 23, 2020

Dear Irene, how lovely to hear from Australia! Yes, an attitude of gratefulness for our blessings is absolutely necessary for a happy life--no matter what our circumstances. I'm so glad you enjoyed my story.
-Donna, November 23, 2020

Ahhh, I love these memories. Anything that takes me away for a little while to better places. Thank you!
-Cindy, November 24, 2020

Thank you, Cindy! That is definitely one of the functions of literature--to transport us to another time and place--something I've always enjoyed in my reading--and my writing experiences.
-donna, November 24, 2020