I leaned back on my pillows and sipped my tea as the Saskatoon River flowed by my window. Worry? Hardly? A half day longer of complete relaxation was absolutely no problem to me. 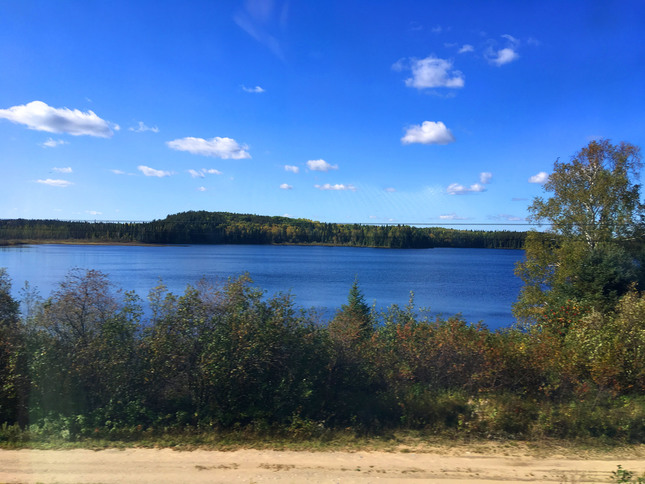 Mid-morning we arrived in Winnipeg with a stop to admire their restored Union Station. (Photo from Trainscapes) 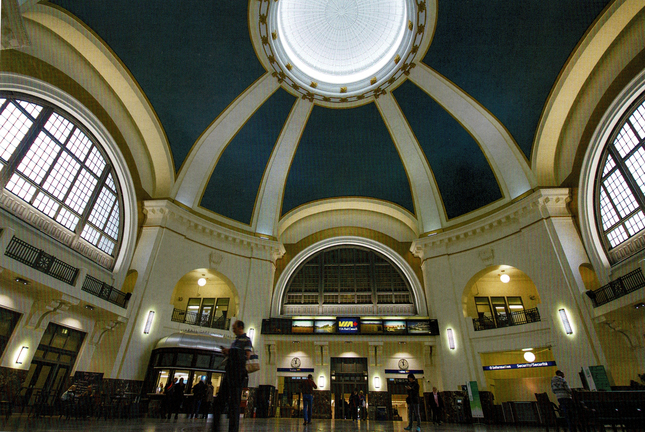 Then a welcome leg-stretching stroll. 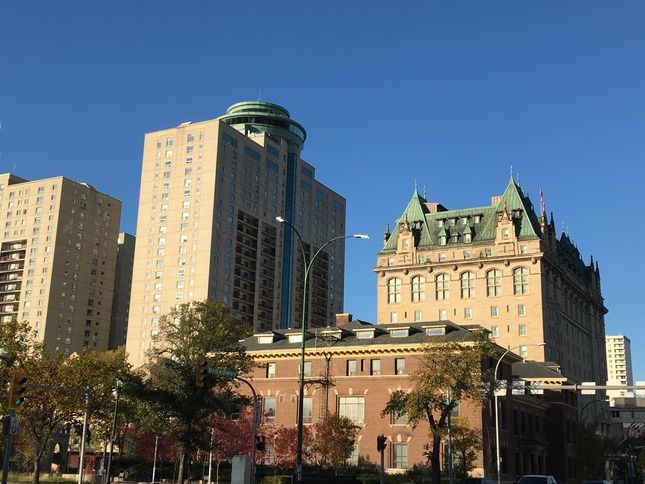 Back on the train more of the vast prairie rolled by. Having married a Nebraskan, I am well acquainted with the prairie of the American Midwest, but, just as the spectacular Canadian Rockies out-do our own Rocky Mountains, so their prairie is wider, broader and flatter than ours. 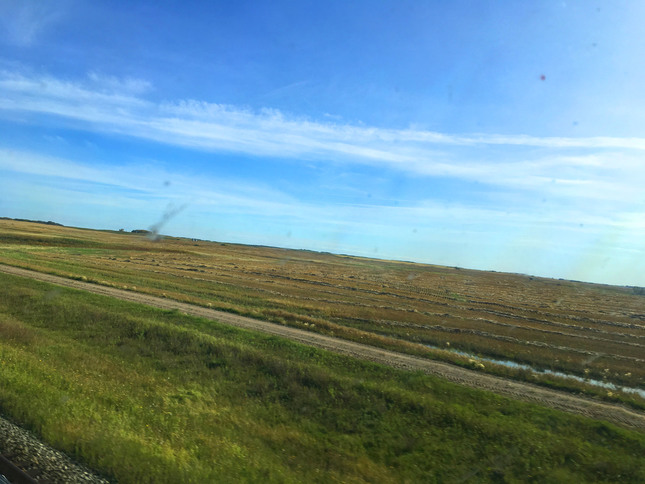 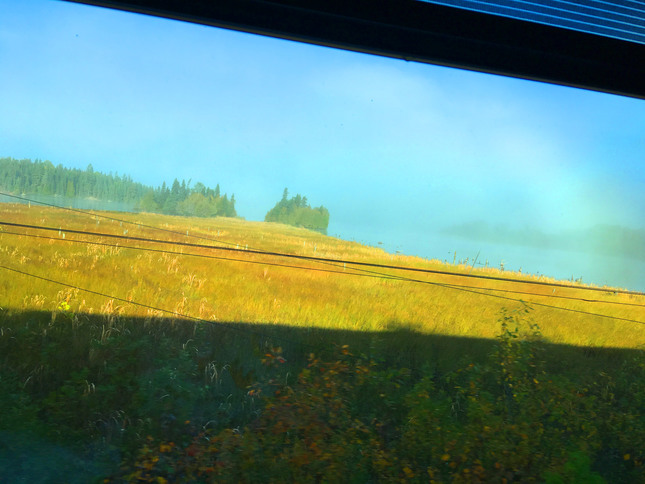 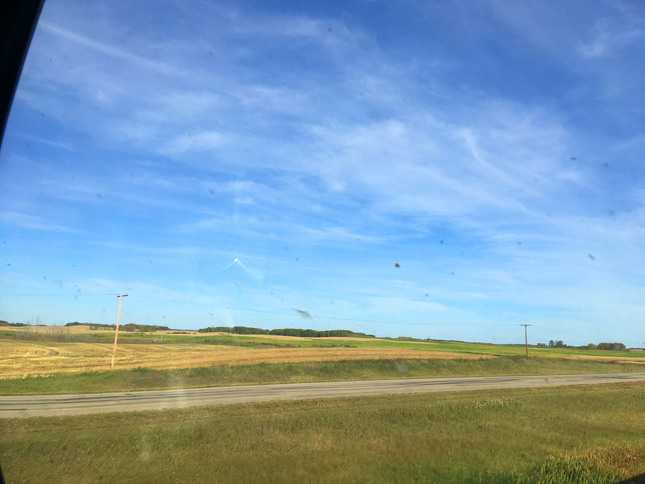 This was a good chance to spend some time reading in the lounge car. 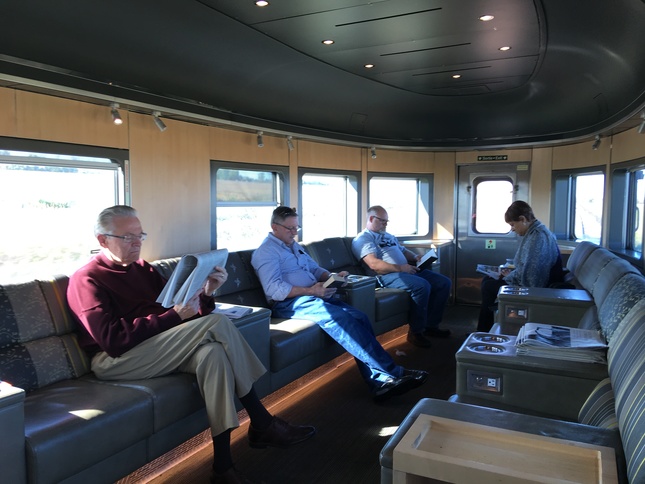 I had loaded my Kindle with train novels. The most on point was Dick Francis’s 1988 The Edge, where the action takes place on a fictional trans-Canada train from Toronto to Vancouver. Of course, Agatha Chrstie’s Murder on the Orient Express, but of greater interest to me was Orient Express by Graham Greene. Originally titled Stamboul Express, Greene wrote his spy thriller two years before the Christie book.

Then back to our room for afternoon tea: warmed brie topped with Saskatoon berry chutney. (So amazing I tried to buy some in numerous stores in eastern Canada later, and on Amazon after we got home, but apparently it’s only available in Saskatoon where the flavorful purple-red berries grow in abundance along the river.) 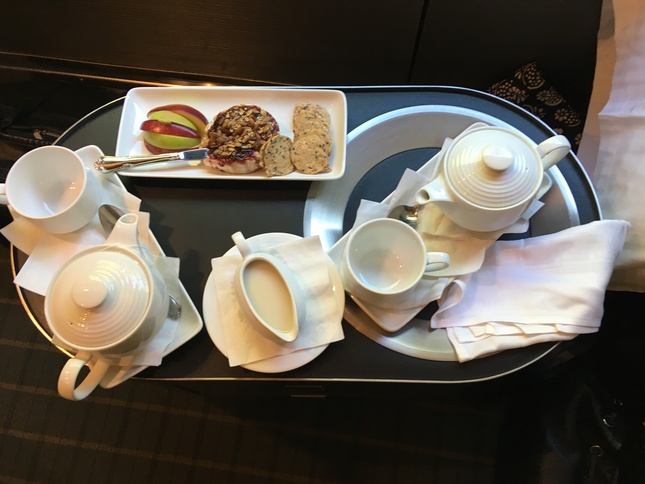 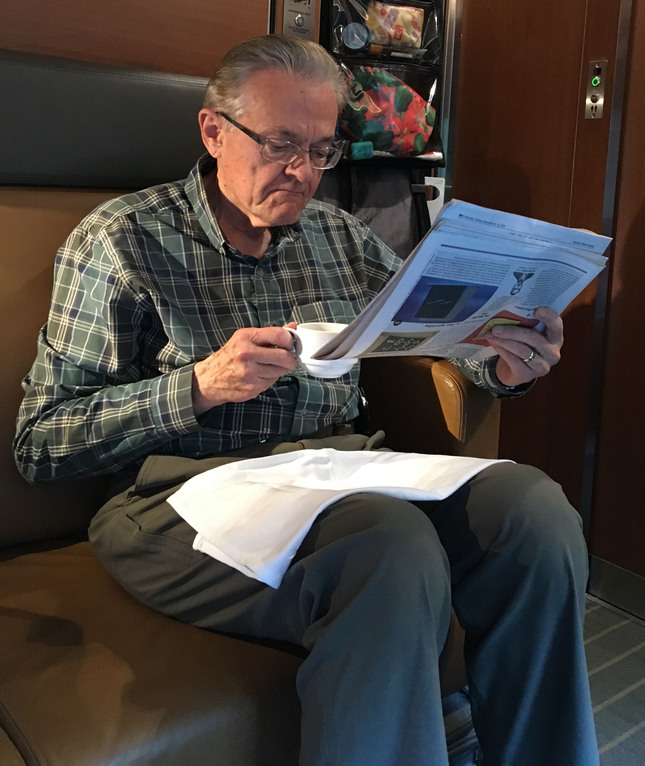 Our final opportunity for a brief walkabout was at Sioux Lookout, called "The Hub of the North" because it serves as gateway to a recreational centre for fishing and canoeing.

My Trainscapes guide book provided by ViaRail tells me that in the 230 miles between Winnipeg and Sioux Lookout the Canadian is rarely interrupted by settlements. Very true, but we were interrupted by freight trains keeping the vigorous Canadian economy rolling, even if we weren’t. A freight train in front of us broke down, so we enjoyed our dinner while parked on a siding. 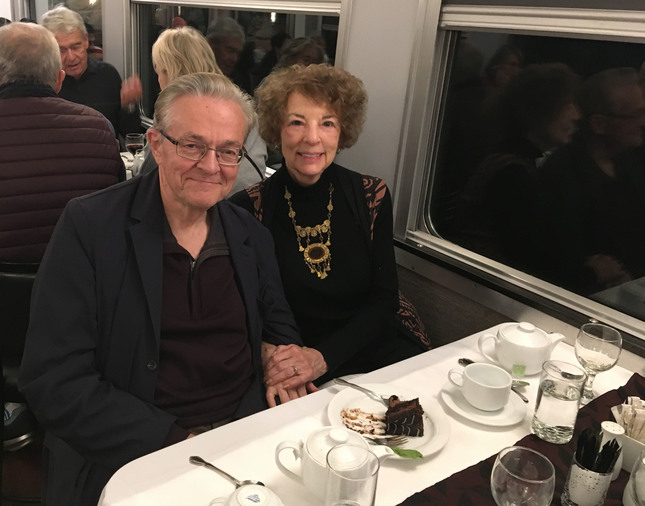 My guide book says this region of Ontario is called Sunset Country. Indeed, it lived up to its namesake for us. 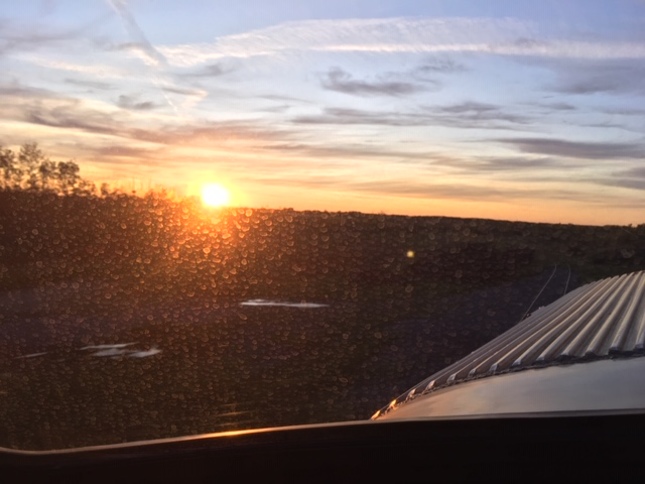 As I drifted off to sleep to the gentle sway of the train (the track ahead of us having been cleared) I heard the evocative, long, lonely sound of a train whistle, reminiscent of my childhood. It came to my mind again later when I read the Carol Dufy poem “Prayer”:

Some nights, although we are faithless, the truth

In the distant Latin chanting of a train.

If you missed the story of the hair-raising start to our journey, you can read Day 1 here and Day 2 Across the Rockies here. Next week, Day 4, Eastern Canada—land of 30,000 lakes.

Watch for the up-coming Against All Fierce Hostility, book 6 in the Monastery Murders, for Felicity and Antony’s adventures aboard the Canadian.

Antony is invited to lecture on the British saints who inspired the founding of Toronto and Felicity couriers an ancient manuscript connected with Saint Patrick to monasteries in Montreal and Vancouver.  A spectacular train journey across the breadth of the continent carries them even further away from the murder Felicity witnessed in England. Or does it?