Our Great Adventure did not get off to a relaxing start, however. We began with a visit to our daughter and family newly arrived in Victoria on Vancouver Island. To catch the train in Vancouver my husband Stan debated: an hour and a half ferry ride or a 12 minute plane trip?

The plane won hands down.

He booked an arrival time 2 hours ahead of the 3:00 train departure. Easy. Relaxing.

The plane was an hour and a half late.

The luggage was slow arriving.

There were no taxis at the rank.

No Uber in our area.

“Get us to Pacific Union Station as fast as you can.” Stan.

“When does your train leave?” Driver.

Stan called Customer Service for ViaRail. (An earlier call to their generic number had been markedly unhelpful.)

“Were you on Canada Air?” Agent.

The companies are linked. They would hold the train for 20 minutes. No more.

We arrived at the station at 3:00 on the dot. An agent met us at the curb, grabbed my suitcase, ran us through the station, and put us on the next to last car. The train left the station 3 minutes behind schedule.

Now the relaxing could start. Besides a fabulous getaway for my husband and me, this journey is to serve as background research for my next Monastery Murder, but I had expected all the hair-raising elements to be supplied by the novelist’s imagination—not by real life.

Now, however, I could sit back and sip my tea and let the world roll by. 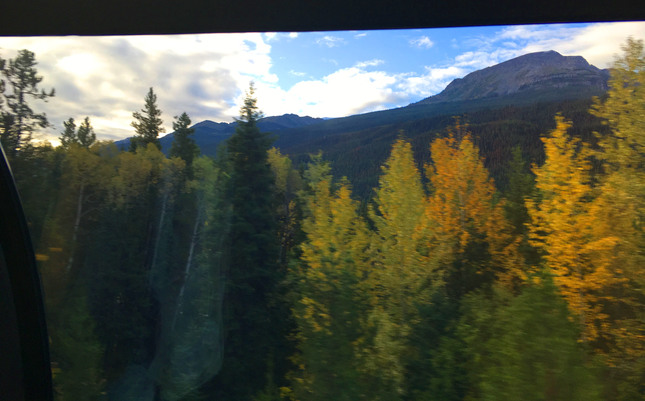 Tea finished, Stan was most anxious to take in the view from the dome car, one of 4 on the train. 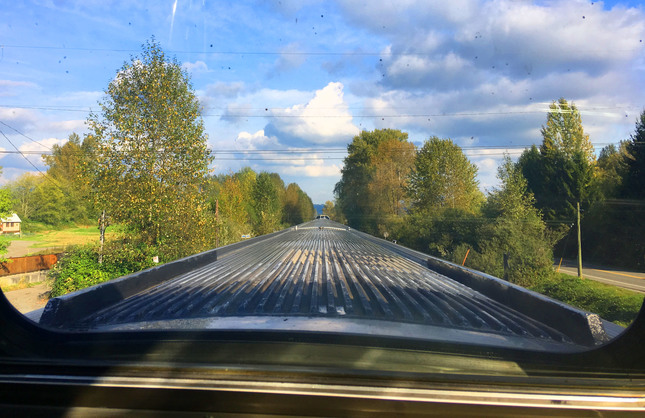 Golden Aspens shone, and the mighty Fraser River flowed beyond our window.

I was especially on the lookout for Mission, where the Canadian makes one of several river crossings, because we would be coming back to Westminster Abbey in the woods near Mission on the last day of our trip, bringing us full circle.

Hells Gate Canyon at Boston Bar was the most spectacular sight on the river. Simon Fraser, the explorer for whom the river is named, said it was, “A place where no human should venture, for surely these are the gates of Hell.” Certainly these rushing rapids and jagged boulders would have seemed so to one navigating them in a small boat.

Photo from Trainscapes, produced for VIA Rail Canada Inc. by Way of the Rail Publishing, a book we enjoyed following throughout our journey.

Second call to dinner took us forward a few cars to a well-appointed table, a 4-course dinner, and a chance to meet some of our fellow guests. People come here from all over the world for this trans-Canada rail experience. During the 4 day journey we met 3 ladies from Tokyo, couples from Australia, New Zealand, England, France and from all over the US—definitely one of the best parts of the experience. 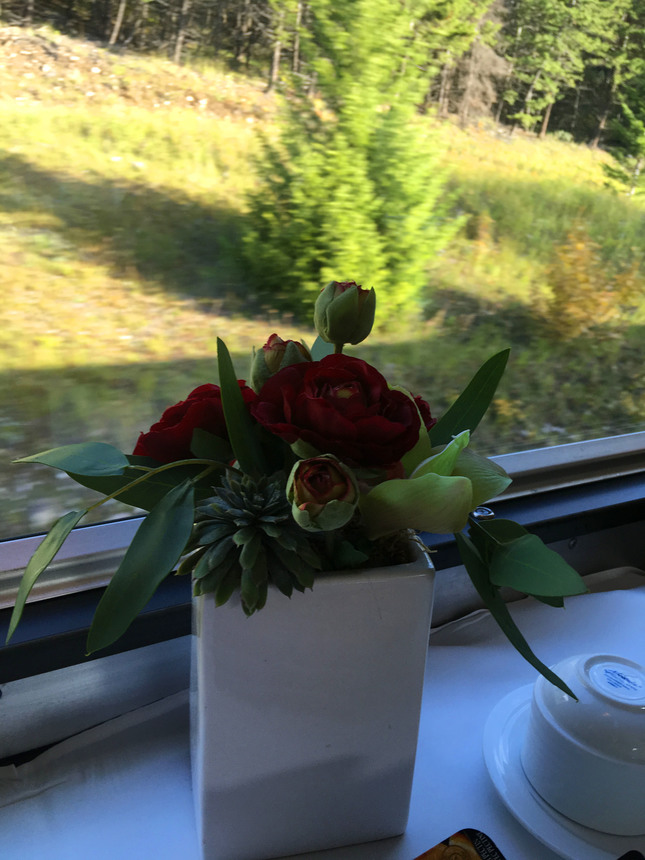 As was returning to our room to find our bed made out—with chocolates on the pillow. 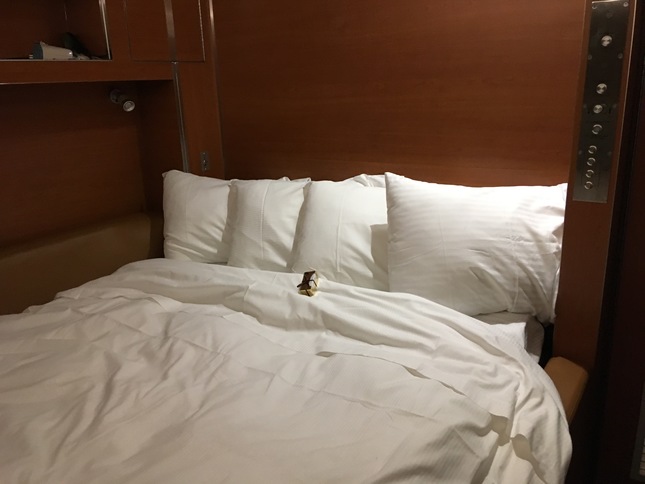 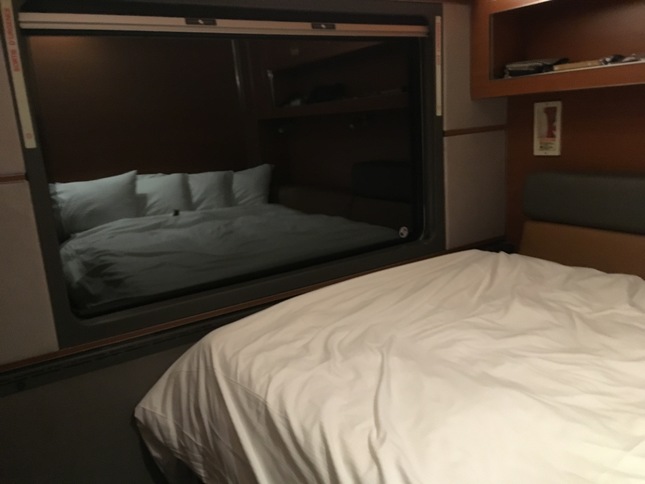 The gentle sway of the carriage was a built-in soporific, although I missed the steady clickety-clack over the rails I remembered from childhood. I was told this is because Canadian rails are continuous, laid without spaces for expansion and contraction as they are in the US.

The evocative sound of a distant train hooting, however, was just as I remembered it.

Come aboard for Day 2 next week as we cross the magnificent Canadian Rockies.

Watch for the up-coming Against All Fierce Hostility, book 6 in the Monastery Murders, for Felicity and Antony’s adventures aboard the Canadian. And in the meantime you can get ready by catching up on the first books in the series.

Wonderful! Looking forward to the next installment.
-Brook Thelander, October 17, 2019

This scenery never gets old, and I see it every day! I live just across the Fraser River from Mission. I can't wait for your next installment!
-Diane Vint, October 17, 2019

Thank you so much, Brook. It's great fun writing these because I relive the experience as I do.
-Donna Fletcher Crow, October 18, 2019

How wonderful, Diane! It must be gorgeous there now--the foliage around Westminster Abbey was just starting to turn when we were there. I know Victoria has had rain recently, so you probably have, too.
-Donna Fletcher Crow, October 18, 2019

Donna, this is wonderful! Thanks for sharing. I'm looking forward to the next installments.

How lovely to hear from you, Jane! Thank you for looking in.
-Donna Fletcher Crow, October 18, 2019