The Kamikaze Pilot Who Lived, New Book by Brett Eshelman

Donna: I am delighted to welcome today my friend Brett Eshelman to "The Authorized Version." Brett and his wife Mimi and I share a love of great drama, great literature, and good tea--among many other things. Brett, tell my readers about yourself 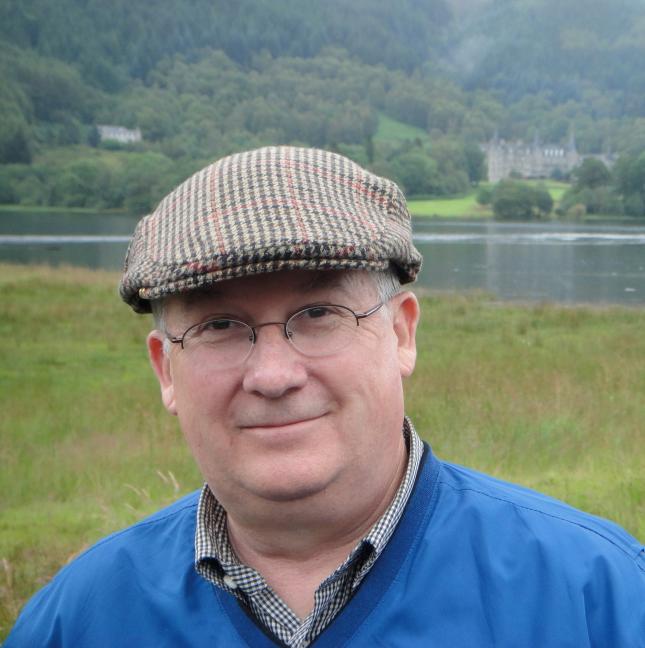 Brett: I like to refer to myself as being an Ordained/Drama Teacher.  It does sound like a bit of an oxymoron, but I am an ordained minister in the Church of the Nazarene. Though I did pastor and serve in fulltime Christian service for fourteen years, the majority of my life has been spent in the secular classroom as an English teacher and eventually a teacher of the dramatic arts.  I am a drama coach, director, and writer.  In my theatrical career I was able to produce over one-hundred full-length productions and musicals.  These productions ranged from the absurd to the sublime.  My students won national recognition and I was able to see many of them attend highly recognized institutions of higher learning.

Donna: I was honored to review your new book, Brett, and my review is below. But first, tell us about Rising Son. 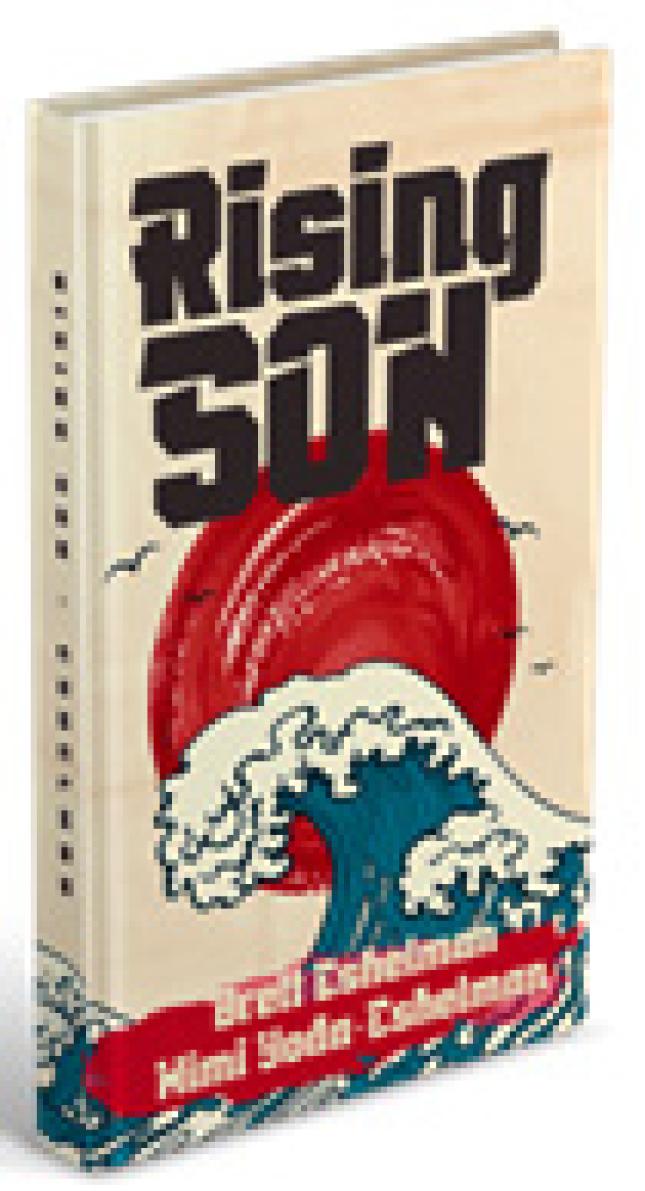 Brett: While in college I met, indeed, fell in love with a beautiful Japanese girl named Mimi Yoda. 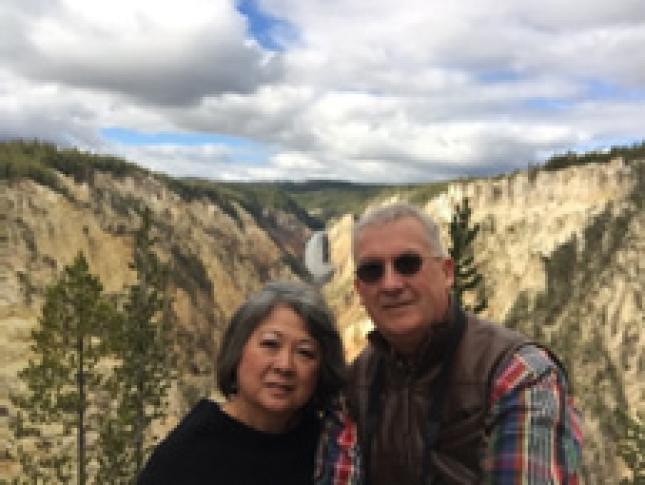 She was the accompanist for a male quartet of which I was a part.  I loved to hear her talk of her family and came to realize that the stories she was telling me were not only rich as a family record, but an inspiration to all who heard her speak of her father and her grandfather.  These men were Christian (indeed holiness) ministers in Japan during a period of extreme danger from the time of the worldwide Great Depression and the 1930s harbingers of war and World War II itself.  This is a story of faith amid severe threat and outright persecution.  This is a story that I have known for a long time that needs to be told.

Picture yourself at age 19 sitting in the cockpit staring at the instrument panel of your A6M Japanese zero aircraft.  The mandate was for you, along with your flight companion to use your aircraft as a flying bomb to destroy American ships. This is the story of Tatsuo “Terry” Yoda, my wife’s father. 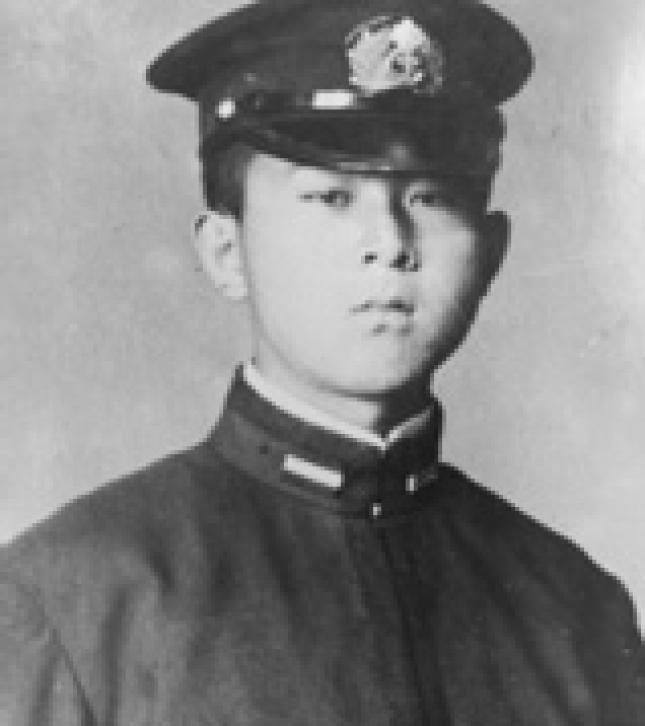 In January of 1945 he and nineteen under-trained fliers were ceremonially taken to their aircrafts, each was given a beautifully decorated white scarf.  The scarf was handmade and arrayed with one thousand stitches. Each stitch was from a different woman - grandmothers, mothers, daughters, and sisters. Every stitch was a reminder of who they were dying to protect, and a thank you for the willingness to die for them. The scarf they were to wear around their neck. On their heads each pilot wore a hachimaki (Japanese headband), with the word “KAMIKAZE” embroidered with bright red thread.

This is a story of faith and God’s deliverance. From his flight school that trained young fliers to become kamikaze pilots over 90% completed their suicide mission.

Donna: Wonderful, Brett. And we should say that this is only one of the amazing stories in your book. Could you share some excerpts with us?

Brett: I would b happy to.

As he cleared the airfield Tatsuo’s prayers became more fervent.  He prayed for his parents, for his grandparents and the Christian people in Japan. He took down the picture of the Emperor from above his instrument panel and dropped it to the floor of the cockpit.  He had determined that he would not be responsible for killing anyone, and he trusted that the Lord would not punish him for committing suicide when he dove his plane into the sea rather than into an American ship.

Shortly after clearing the airfield and climbing to cruising altitude, as he viewed his instruments in front of him, he became aware that the major gauges were grouped in two intersecting lines. The horizonal alignment of gauges were arrayed in a double row. The vertical row were single instruments with the landing gear being the final apparatus at the bottom under all the other gauges.  It’s strange that he had never thought about the alignment of these gauges. He had merely used them to determine his altitude, speed, oil pressure, flight direction, and communication.  But now he looked at them and realized he was looking at a cross. It was the cross of Jesus, and he knew the Lord was with him and all would be well.

Brett: Not only did he survive being a kamikaze pilot, but since he was fluent in English, following the war during the time of reconstruction he served as a translator, interpreter and driver for General Douglas MacArthur.

While son, Tatsuo, was serving in the Royal Japanese Navy as a pilot in training his father, Toyoshichi Yoda, was interned in a prisoner of war camp for the crime of being a Christian. Yes, The United States was not the only country that interned their own people during times of war.  A person in Japan who dared to identify themselves with the religion of the Western World was considered to be an enemy of the state.  After months of being imprisoned he was released but subscribed to mandatory serve.  His job:  watchman in a tower looking for enemy aircraft.  There he stood and observed and reported what he saw amid severe conditions.  In his records he observed what must have been one of the airplanes of the 1942 Doolittle Raid, and two years later he was nearly killed during the onslaught that has become known as the Fire-Bombing of Tokyo.

In his famous poem The Prison of Chillon, Lord Byron declares, Chillon! thy prison is a holy place. Now Toyoshichi was not the Prisoner of Chillon, but the Prison of the Tower, with nothing but time, in his solitary tread.  He too was here because of his devotion to God, and his unwillingness to compromise his faith.   Here he was alone; his tower had become his holy place. Here alone, he was able more clearly to discern the voice of God in his meditation.  Here alone, his torment and duty in the tower had become his retreat, and rather than despise the hours spent, he understood it to be a blessing from God.  Life’s backhand-slaps when viewed with a heavenly perspective become a blessing.   Though not a great singer, here alone, in his tower cathedral with no one to hear he lifted his voice in praise.

Donna: Thank you, Brett, and here is my review:

A gripping World War II story with repercussions that continue to this day. From the burning observation tower during a Tokyo air raid, through the account of the Kamikaze pilot who lived; from war-torn Japan to present day America this is a story of renewal and hope. I always find stories of transformed lives fascinating and this one works on so many levels through multiple generations facing the challenges of war and of peace. Best of all—it’s all true. And very well-told, shifting between riveting war scenes and moments of intense internal meditation that heighten both sides of the telling. With lots of historic pictures.

Donna: In addition, for a visit to present-day Japan, take a look at my "Japan Journey" account of our visit to this beautiful land.

Thank you so much for being my guest today, Brett. I enjoyed your book so much--and my experience of visiting Japan, so I've loved sharing it all with my readers. Before you go, Brett, tell us about your other books and where we can buy them--I know you've published widely

Brett: Thank you, Donna, as you know, writers always love to share about their books:

TALK STORY:  An autobiographical fiction.   This is the book about teaching in a middle school in Hawaii. It is more than just a personal account or a pedagogy related to teaching methods.  It is book about miracles in the classroom, and how to apply the teaching model to fit a particular situation. This is a book every teacher should read. Available on Amazon. 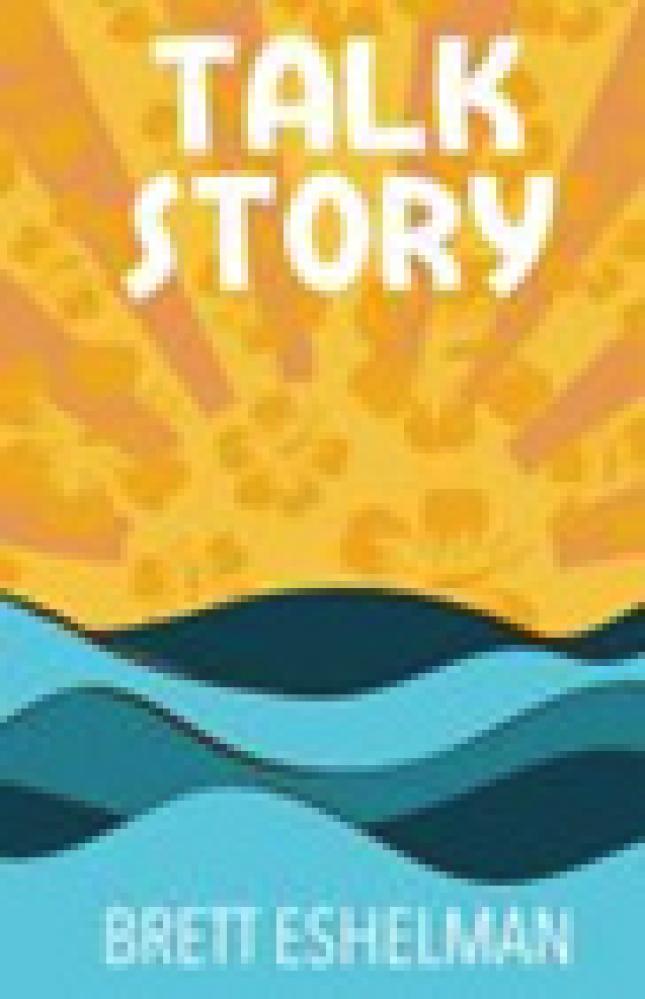 PAUL BUNYAN, How a Tall Tale Begins  - This is a folky rendering of a non-traditional story of Paul Bunyan.  It was written as “children’s theatre” but it fits the genre of being a melodrama.  It is a two act play that has been produced many times with great success.  Available through Pioneer Drama Service – Denver Colorado 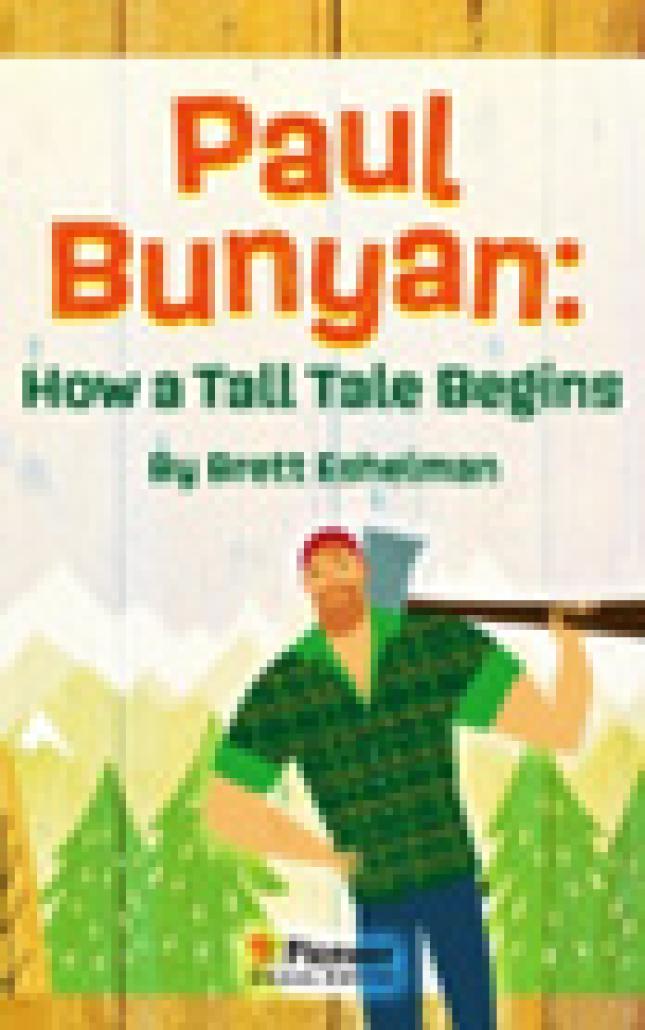 FREE ICE CREAM -  A collection of short plays and vignettes appropriate any age.  Great for high school regional and state drama competition and showcase events in a drama curriculum.  The motto:  We’re so desperate for an audience, we’ll give you free Ice Cream if you’ll come to our show.   Available through Pioneer Drama Service – Denver Colorado 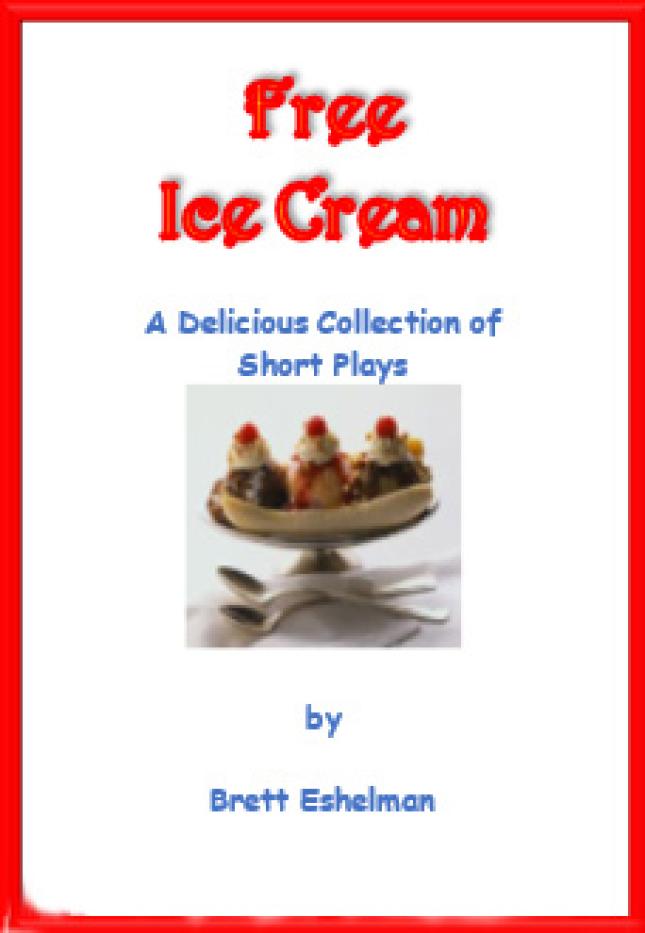 FREE CHEESECAKE - Another collection of short plays.  An addition to the FRE ICE CREAM collection.  This anthology is available as a stand-alone play or as individual short plays. Available through Amazon.com 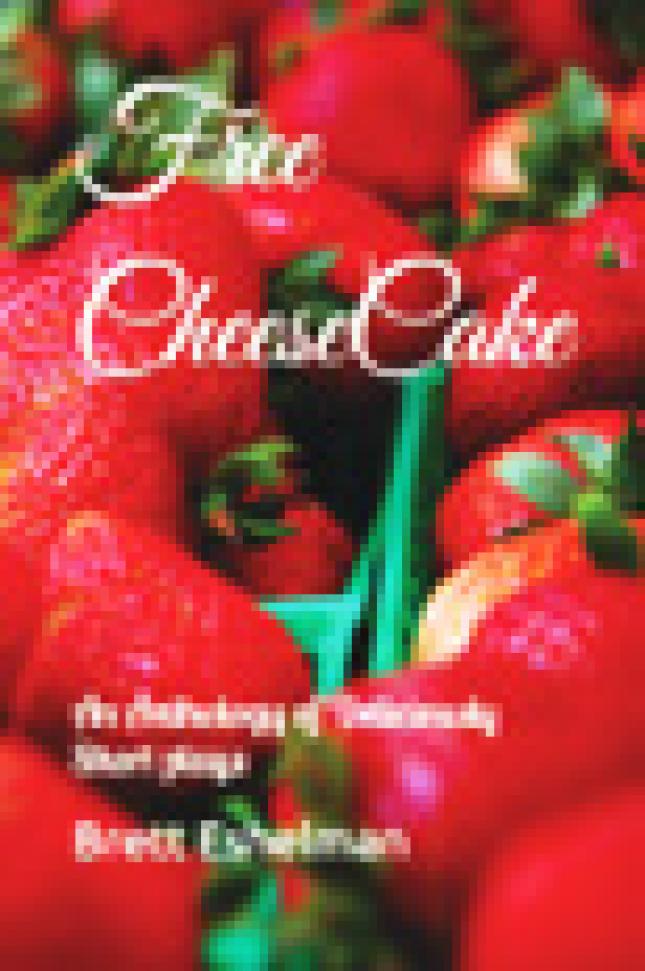 PARABLE - A Collection of Plays and Musical Presentations fit to the Liturgical Calendar – This collection includes accompany scripts for use with a church choir for Christmas, Easter, and Pentecost.  In addition, there are four short plays for use during worship services.  Available through Amazon.com 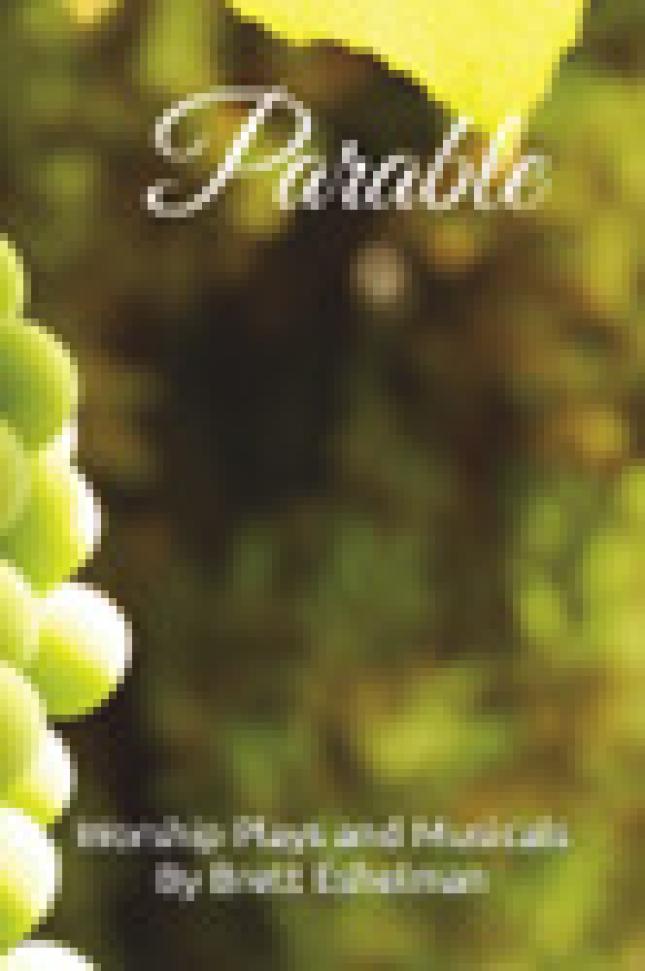 Donna: Again, Thank  you for being with us, Brett.

I'm so glad you could be with us today, Brett. All the best with your new book--it deserves a really wide audience.
-Donna, November 18, 2022

Word of thanks for the opportunity to share my work with your blog-family. It was an honor to be invited. Mostly we are all blessed by the amazing work you have done in your vast compendium of literary masterpieces.
-TheBard, November 20, 2022