Jane Austen was picky about her sovereigns. She wrote her riotous romp through time The History of England “By a partial, prejudiced & ignorant Historian” when she was 16 years old. Therein she declared that Elizabeth I, “that disgrace to humanity, that pest of society,” was “wicked” and committed “extensive Mischeif[sic.].” The supreme wickedness being the execution of Mary Queen of Scots.

Likewise, Austen excoriated the Kingdom for allowing Elizabeth’s predecessor Mary Tudor to succeed to the throne when “they might have foreseen that as she died without Children, she would be succeeded by … Elizabeth.”

Austen’s dislike of her own monarch, the Prince Regent, is also well known. She stated baldly in an 1813 letter talking about her support for the Princess of Wales, “I hate her Husband.” Later, when she was somewhat coerced into dedicating Emma to the prince who was a great fan of hers, she accomplished it with the greatest possible degree of understatement: 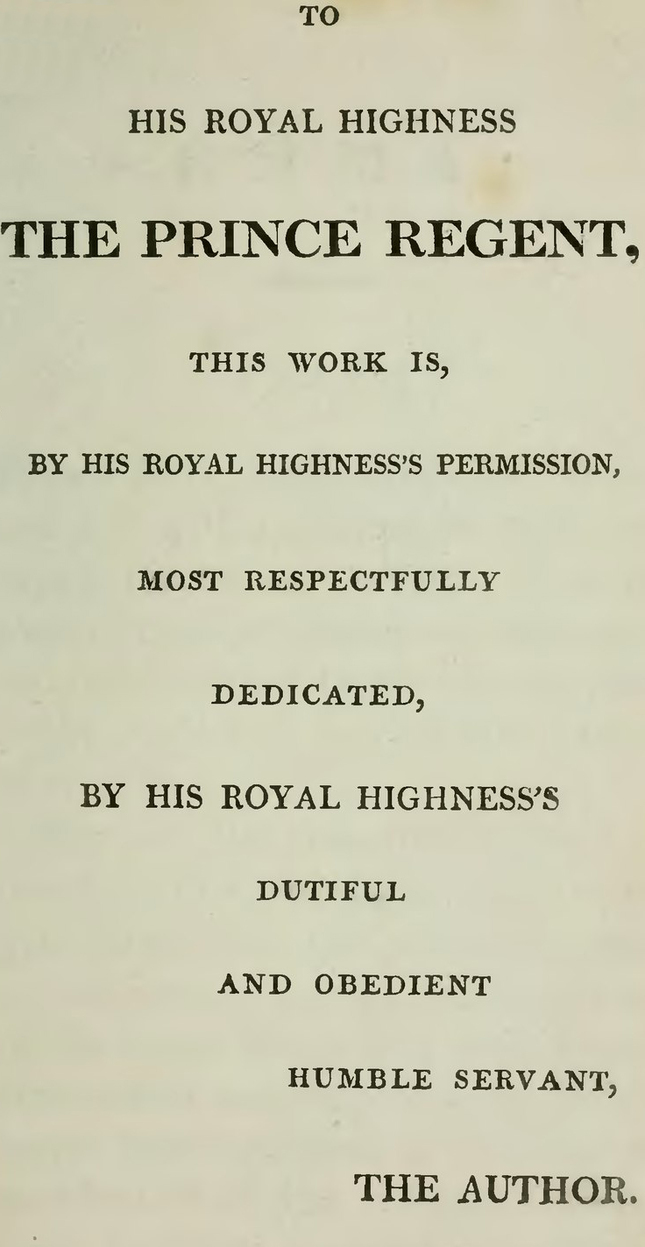 One feels confident, however that Jane Austen would have approved of the descendant of this lineage—Queen Elizabeth II—and would likely have enjoyed celebrating her Platinum Jubilee. Much as Austen apparently enjoyed celebrating Queen Charlotte’s birthday in 1809 when she wrote to her sister that “The Queen’s Birthday moves the Assembly to this night … Martha and I expect an amusing shew.” 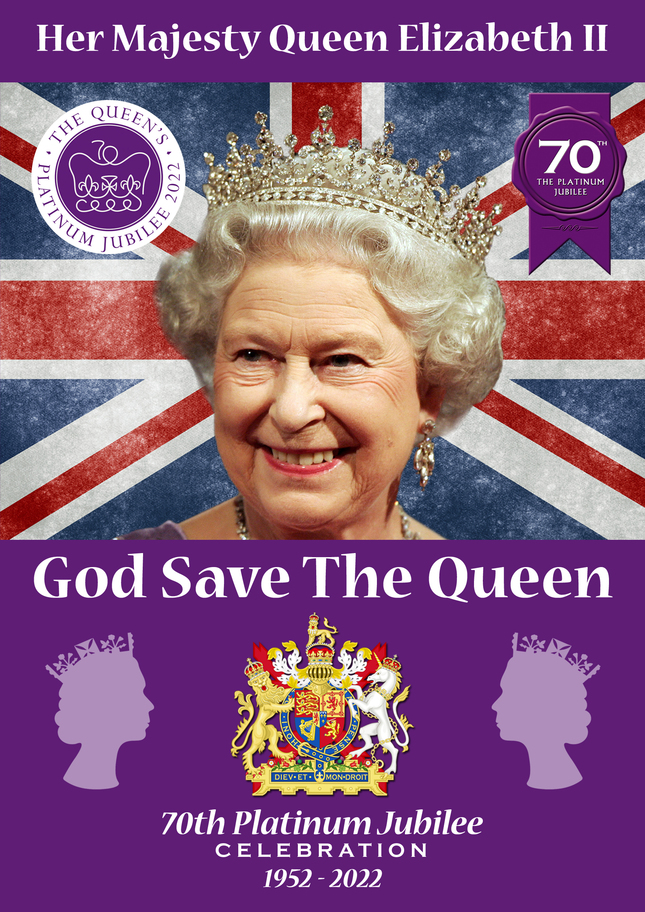 Therefore, when our chapter of the Jane Austen Society of North America held our annual Box Hill picnic last week, I felt the most appropriate dish I could contribute was the Jubilee Trifle. 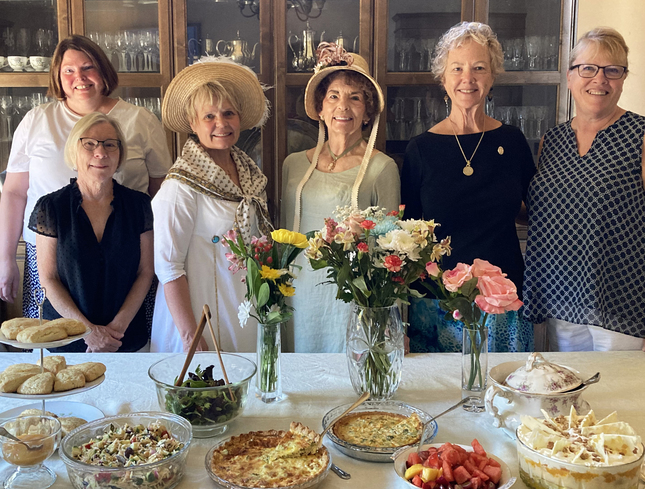 My husband and I had enjoyed the very dish in London on the day of the celebration. 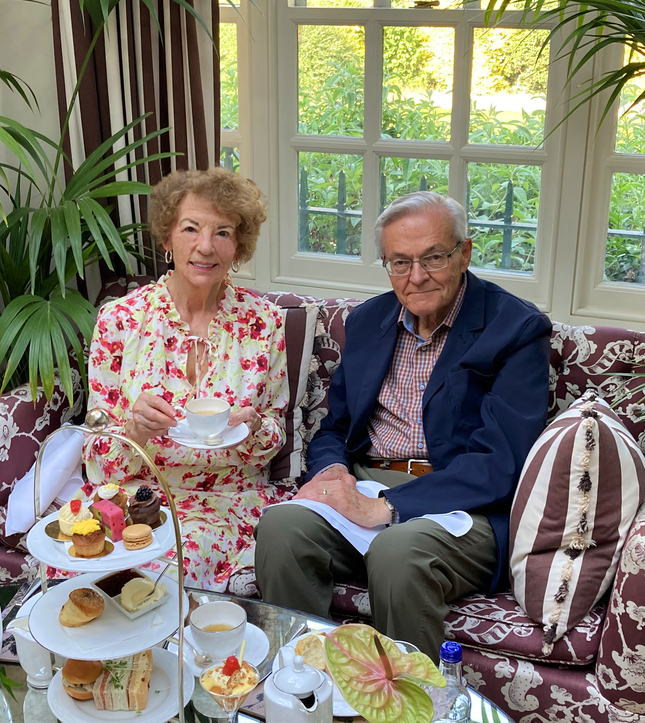 I was fortunate when searching for a recipe that I found the “Cheat’s Platinum Jubilee Pudding”. It is a highly simplified version which I was able to accomplish in a long afternoon. (Do read her story of a reader attempting to make the original from scratch.) This recipe will also—for the most part—be accessible to Americans. I won’t repeat the recipe here, because I couldn’t possibly top the Cheat’s meticulous instructions.

But let me tell you how I interpreted the process for my kitchen. First, I luckily started early to gather my ingredients. One does not pull Amaretto Biscuits or a package of lemon jelly roll off the shelf at Winco. Actually, I wasn’t even able to find a lemon jelly roll to order online. Instead, I ordered a limoncello cake which I sliced and slathered with lemon curd—an incredible treat on its own. 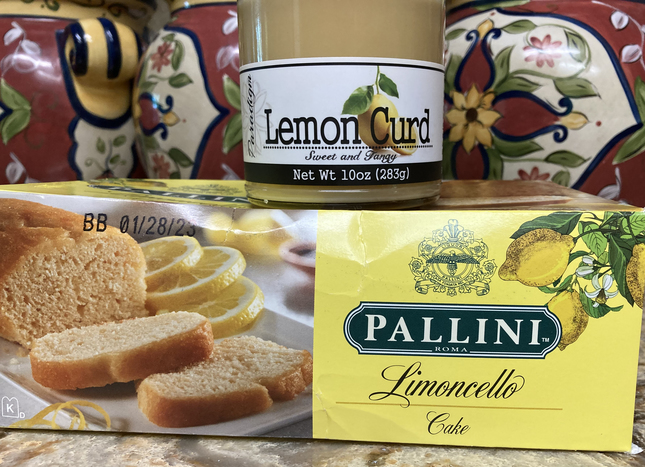 Anglophile that I am, I did have Bird’s custard on my shelf, but found that with the additional cornstarch the Cheat’s recipe called for, it was much too thick. I stirred in perhaps a cup more milk and reheated and stirred again. The product probably wasn’t as thick as the Cheat wanted, but it was delicious. Next time I would probably simply use a large package of cooked vanilla pudding, but reduce the amount of milk called for on the package a bit. 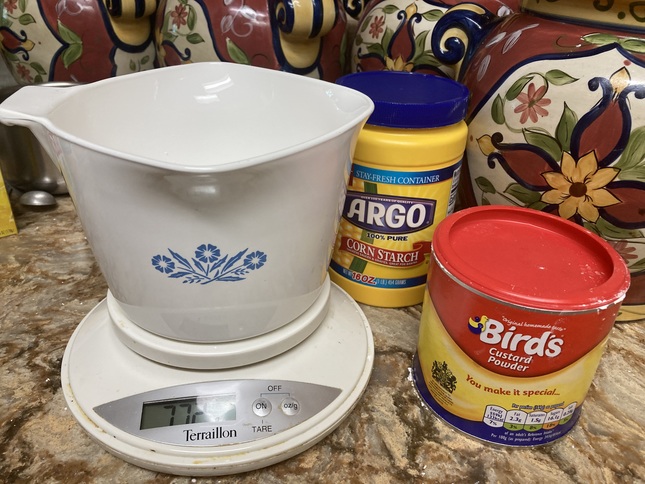 The most expensive item in the dish was amaretto biscuits—but they were well worth the price and the effort of online ordering.

The Cheat mentions the possibility of melting orange marmalade for the coulis, but the recipe she provides is very simple and the flavor is exquisite. 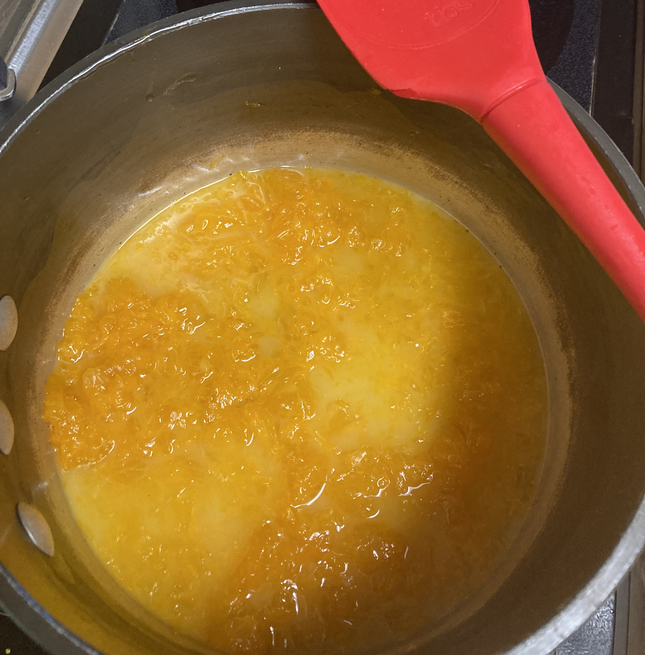 Making the white chocolate shards was much easier—and more successful—than I had expected. I didn’t have the mixed peel to put on it, so I used my favorite—candied ginger. I thought it was fabulous. (A pizza wheel is perfect for slicing into triangles.) 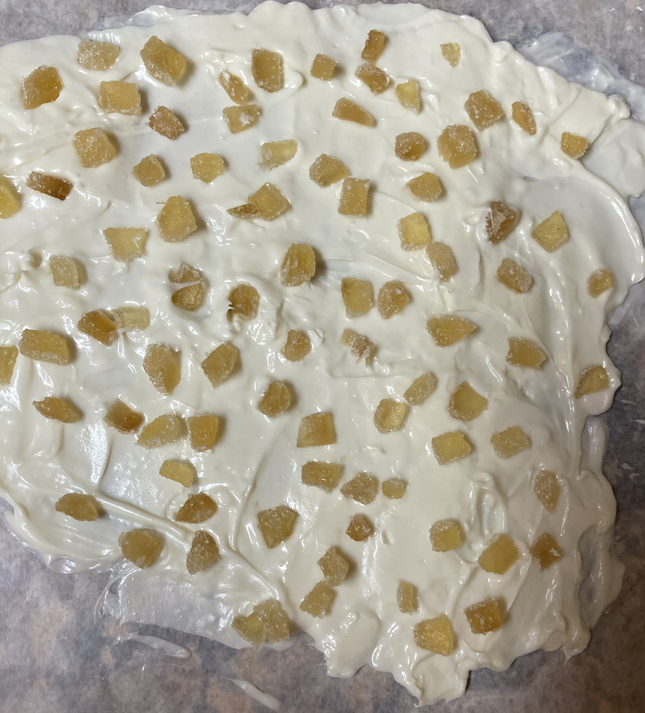 So don’t be afraid to adapt and substitute and enjoy this wonderful concoction. After all, that’s in the best tradition of trifles which cooks have been modifying—and their guests enjoying—since the 16th century. In my 18th century cookbooks the closest recipes I found were Gooseberry Fool, Rice Pudding, and Syllabub.

Syllabub was certainly a desert Jane Austen was familiar with because she refers to it twice in her early writings. In “Lesley Castle” devastating news is delivered by the bride-to-be “with her face as White as a Whipt syllabub,” and in Lady Susan Miss Margaret uses it to describe a character’s heart which “was as delicate as sweet and as tender as a Whipt-syllabub.”

I found instructions “to Make a Trifle,” which sounded very much like the delectable desert we know, in Mrs. Beeton’s Book of Household Management from 1859, so we know the treat was established by mid-Victorian times.

Our local Janeites had a lovely day at our Box Hill picnic—a much better day than Emma Woodhouse had in the original event in Austen’s novel. But it’s unlikely that the party from Highbury would have enjoyed trifle in any of its early forms—due largely to the difficulty of transporting such a delicate dish in a carriage in the summer. I kept mine well packed with ice for our trek to our hostess’ home and only added the toppings when I got there. 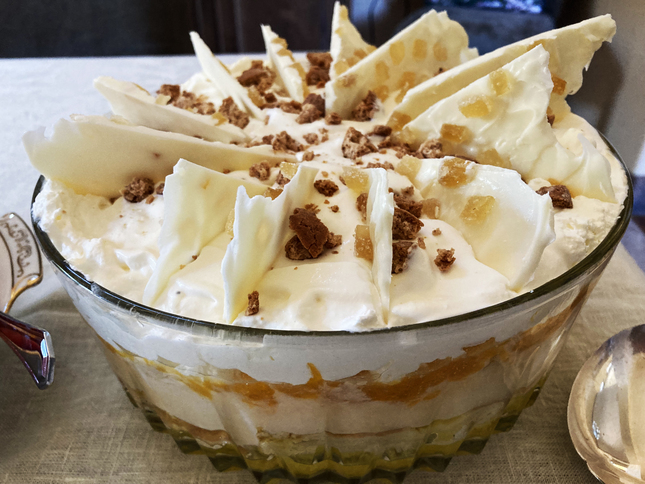 It was then a perfect compliment to the other dishes and to celebrating our mutual joy of all things Jane Austen and our admiration for Queen Elizabeth II on her Platinum Jubilee.

Ooh! Candied ginger for mixed peel sounds perfect, but vanilla pudding can't possibly replace Birds custard - that would be heresy! Your trifle looks marvelous, and I wish I could taste it; must look for that recipe and try it on the (very grown-up, but still vaguely British) kids.
-SheilaDeeth, August 7, 2022

Hopefully we can turn those "vaguely" British kids back to their proper roots!
-Donna, September 9, 2022