The series is based Jane Austen’s book of the same title, but the author died after completing only 11 chapters. These opening events were quickly covered in the early episodes of the television series. So, ITV, executive producer Andrew Davies, and lead writer Justin Young are giving us Jane Austen’s Sanditon—as it might have been.

Where is Sanditon supposed to be set?

Sanditon itself is a fictional town, but the scenario of its development is based on fact. In the late 18th century the south coast of England saw a boom in seaside resort building. This was due to the craze for healthful sea bathing that mushroomed after The publication of A Dissertation Concerning the Use of Sea-Water in Diseases of the Glands by Dr. Richard Russell. The fictional Sandition is an appropriation of the seaside resorts which were gaining popularity in the period—and with which Jane Austen was very familiar.

Which town is Sanditon based on?

In March of 2019 I set out to answer that question. I undertook a tour of all the resorts along the southern coast of England that Jane Austen was known—or thought—to have visited. My itinerary included Dawlish, Sidmouth, Lyme Regis, Bognor, and Worthing as some of the most likely models for Jane Austen’s Sanditon. The claims of these resorts rest primarily on the endeavors of their early developers to bring their towns up to the spa standard demanded by the discriminating Regency seashore tourists and health seekers. 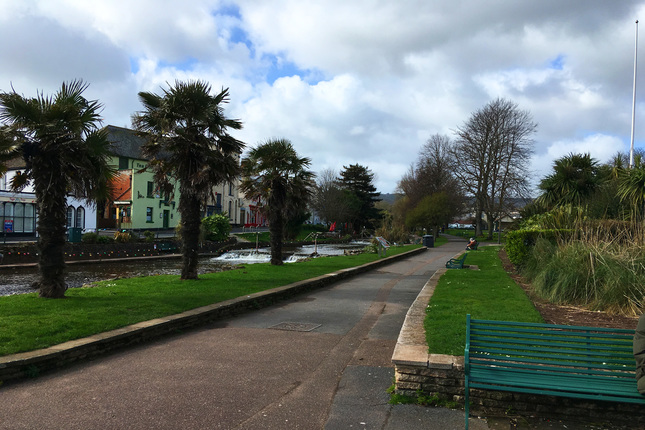 Their developers, like Jane Austen’s fictional Tom Parker, were single-mindedly devoted to the cause of bringing a small fishing village into national acclaim as a fashionable resort. We had the visionary John Ede Manning in Dawlish, who turned a quiet seaside town into a bustling resort by filling in the marshy land and designing public gardens. 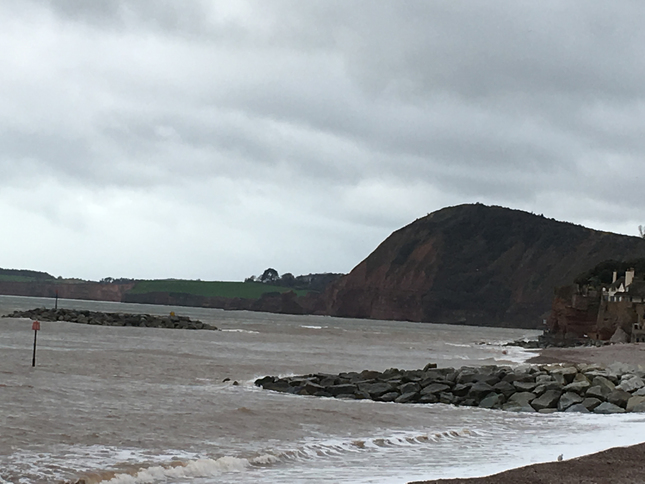 In the 1790s developer Emanuel Baruch Lousada bought much of the then-vacant western slope of the valley encompassing Sidmouth and built Peak House standing alone on the hillside. It can’t help but put one in mind of Mr. Parker’s Trafalgar House in Sanditon. “[O]n the most elevated spot on the Down, was a light, elegant Building, standing in a small Lawn with a very young plantation round it, about a hundred yards from the brow of a steep but not very lofty Cliff…” 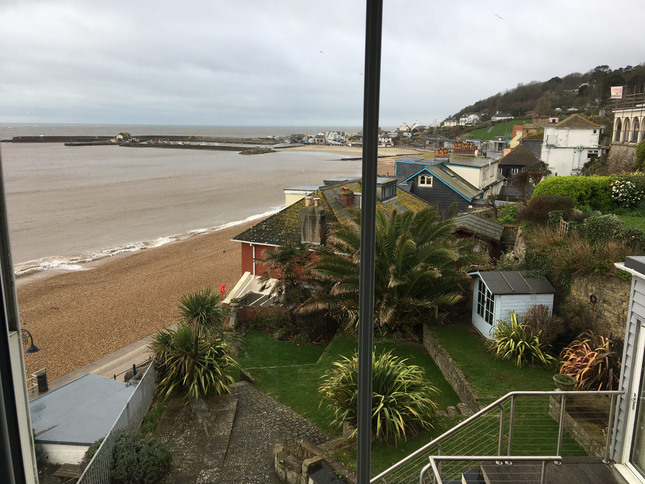 Since Lyme (use of the title Regis had fallen out of fashion in Jane's day) was Jane Austen’s favorite seaside resort, it’s likely she would at least have had some aspects of that location in her mind when she began working on Sanditon, even though it is considerably west of the Sussex shore Tom Parker refers to. Certainly, Lyme, like all the fashionable resorts springing up along the south coast of England, had her visionary developer. Thomas Hollis, whose home was near Lyme, bought up run-down property which he demolished and rebuilt with improved views of the sea. His vision included a promenade and Assembly Rooms—which weren’t completed until after his death.

It’s of particular interest to note that in Sanditon Lady Denham’s over-shadowed first husband “had been a Mr. Hollis, a man of considerable Property in the Country, of which a large share of the Parish of Sanditon, with Manor and Mansion house, made a part.” 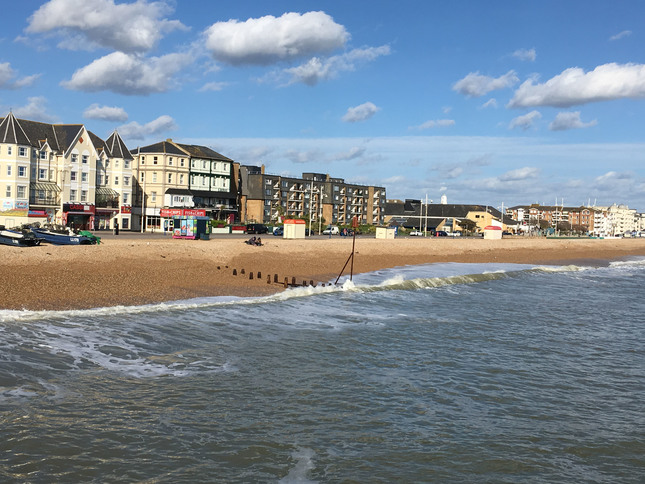 Which brings us to Sir Richard Hotham, the Yorkshire hatter who founded Bognor (Bognor Regis since 1929). He laid the foundation stone of the town in 1787 and commissioned the building of his own home, complete with private chapel, in 1792.

Sir Richard’s concept was for “a select seaside resort, a garden town with houses and terraces of elegance and simplicity. . . a paradise for the nobility, free from the rowdyism that was already creeping into other resorts. It was to be called Hothamton.”

Sanditon’s developer’s encomium “the noblest expanse of ocean between the South Foreland and Land’s End,” is too general to be of much help, encompassing as it does, the entire south coast of England. He does locate it firmly on the coast of Sussex, however, when he says, “But Sanditon itself—everybody has heard of Sanditon. The favourite for a young and rising bathing-place, certainly the favourite spot of all that are to be found along the coast of Sussex—the most favoured by nature, and promising to be the most chosen by man.”

Likewise, Parker eliminates some of the near contenders for the choice as the “real” Sanditon when he says, “It may apply to your large, overgrown Places, like Brighton, or Worthing, or East Bourne – but not to a small Village like Sanditon, precluded by its size from experiencing any of the evils of Civilization;” Indeed, these are all located along the Sussex coast, but it seems unlikely that Jane would have mentioned these resorts as being not Sanditon if she were basing her town on them.

Why is Worthing considered the leading contender to be the real Sanditon? 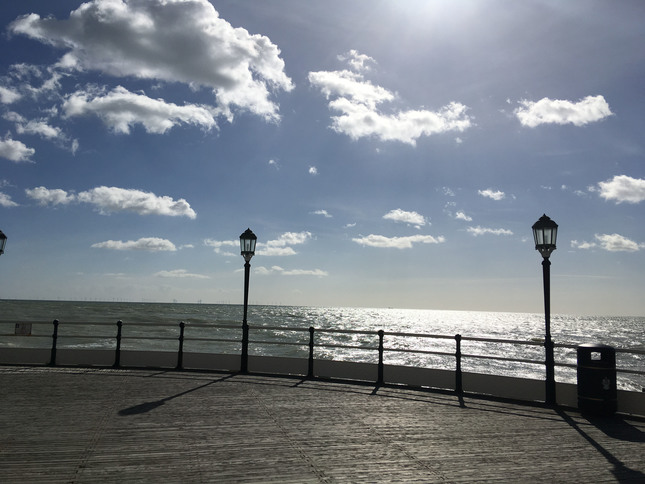 Finally, many believe the town of Sanditon is almost certainly based on Worthing, where Jane Austen stayed in late 1805 when the resort was first being developed. Additionally, there is persuasive evidence that the character of Tom Parker was inspired by Edward Ogle, Worthing's early entrepreneur, whom Jane Austen and her sister Cassandra knew.

Also, considering how much symbolism Jane Austen seems to have used in choosing her characters' names, it is  interesting to reflect on the name of enigmatic and much-anticipated Miss Lambe. The English writer Charles Lamb visited Worthing in early 1800. Although he found the town dull, he wrote a short comedic play which was produced at Drury Lane in 1806. What fun to imagine these two great English satirists meeting at a seaside resort.

What beach is used for filming Sanditon?

So with all these contenders for the “real” Sanditon, which one did the producers choose for their TV series? None of them. The sweeping beach scenes in both seasons 1 and 2 are filmed in the dunes at Brean Beach in Somerset. Although the actual bathing occurred at nearby Weston-super-Mare's Marine Lake.

View the trailer for Season 2 here.