Her response: “I encountered Spatchcock Chicken at Le Cordon Bleu. The term for it is a frog because the way that you cut it open and flatten it, it looks like a frog. 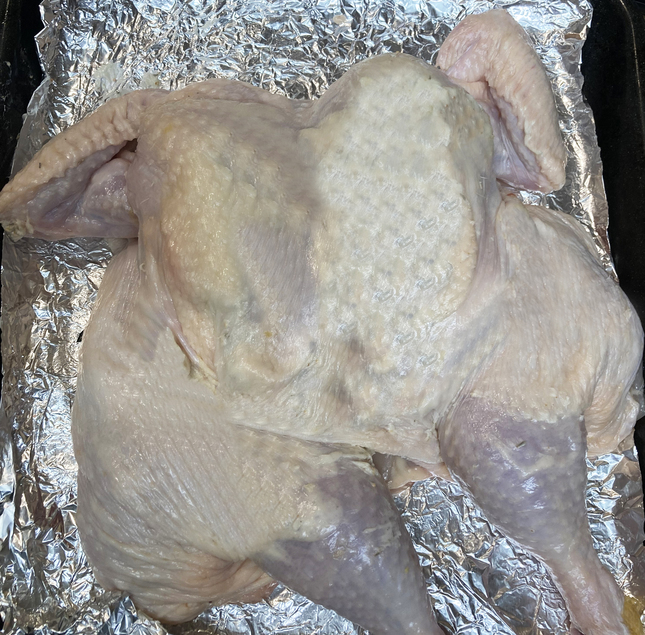 "But in class, we slathered it with Dijon mustard then dipped it in fresh bread crumbs. Then we grilled it on a very hot oiled grill. It was unbelievable.”

That sounded unbelievable, indeed. I had to make it. Now. Due to through-the-roof Covid numbers in our area, we are currently ordering groceries online and picking them up curbside. So, I duly added a whole, fresh chicken to my list. Not pausing to read the fine print. 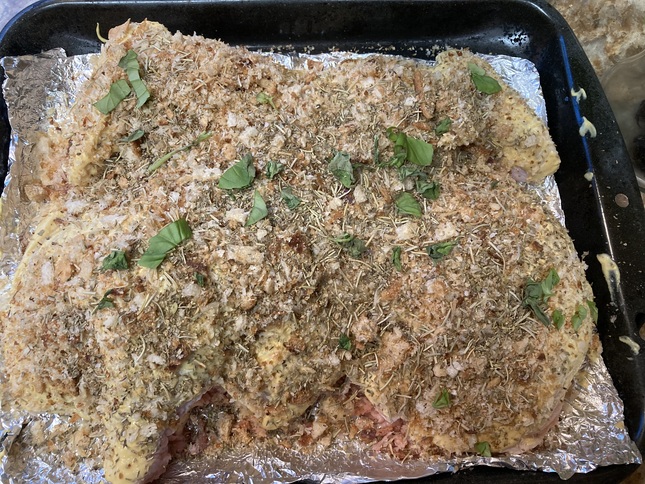 Whether or not the description actually said stewing chicken, I don’t know, but that bird was huge, tough, and had skin like leather. Truly. The eternal cockeyed optimist, however, I remained undeterred and proceeded with my plan. 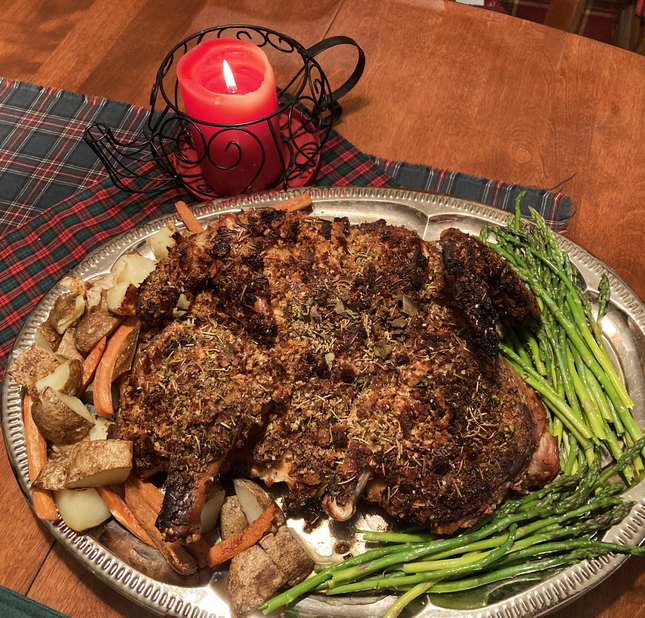 Result: inedible. I mean, literally inedible. The skin too tough to bite through. The meat too tough to chew. We never got as far as attempting to swallow. The veggies I had prepared were great, though, so we didn’t go hungry.

I dumped the whole thing in an enormous pot of boiling water and cooked it for hours. It actually made scrumptious chicken-and-noodles, which I served the way my Nebraskan mother-in-law always did—on mashed potatoes. (Although not with the wonderful homemade noodles she produced.) The ultimate in comfort food.

Refusing surrender, I ordered another chicken—from another store. This one marked “young chicken.”

I duly cut out the backbone, split the breastbone (Accomplished with a nice, strong whack with a knife, rather than the recommended method of pushing down on it with my hands.) I then spread thickly with Dijon mustard, followed by a coating of crumbs. 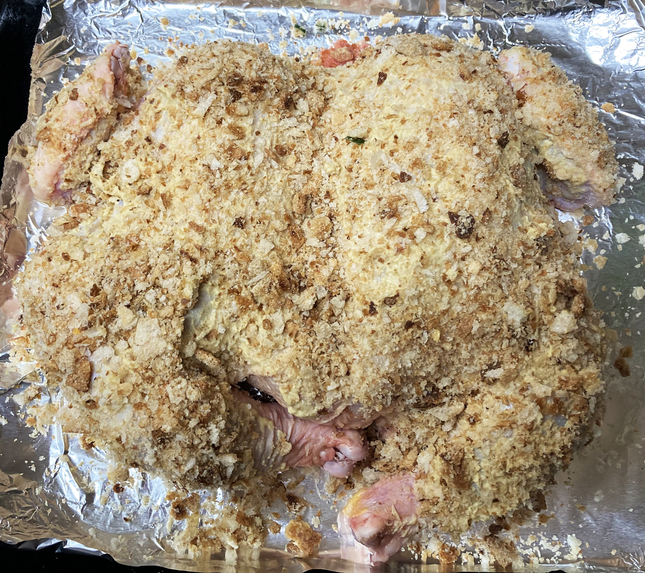 Not possessing the hot grill Kelly used at le Cordon Bleu, I merely baked it in a 450 degree oven for about 45 minutes, until it registered done on my thermometer. 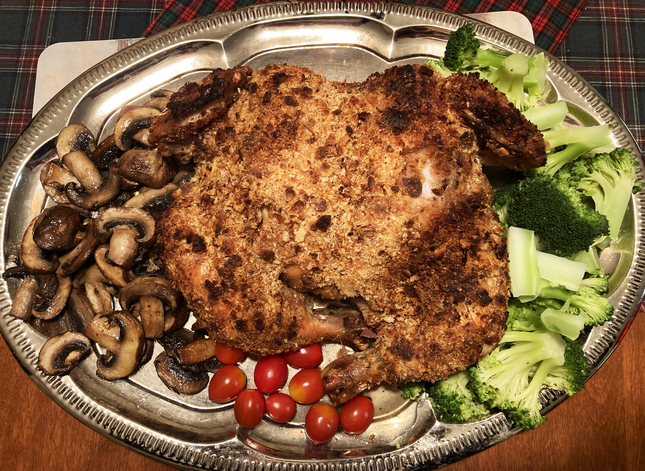 I accompanied it with broccoli and sautéed Cremini mushrooms. 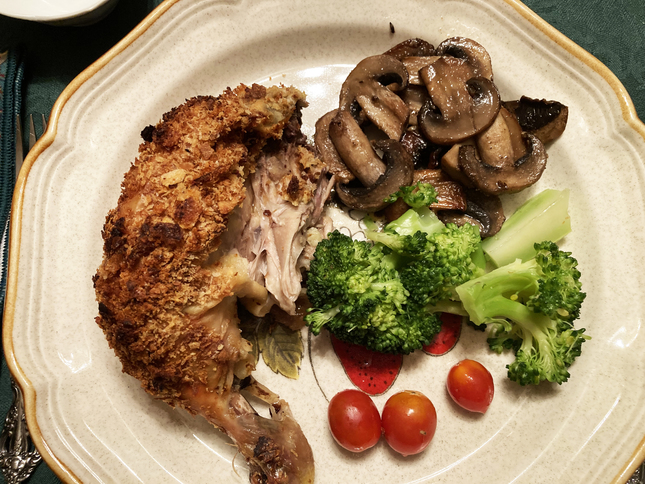 A successful journey for a recipe that apparently began in 18th century Ireland, and was given a haute cuisine twist by modern French chefs. Jane Austen's sister-in-law Eliza, former wife of the Comte de Feuillide, who was beheaded in the French Revolution, would be pleased.

If you would like to read about Jane Austen's time in London with Eliza--who was by then Eliza Austen, the wife of Jane's favorite brother Henry, do take a look at A Most Singular Venture, my story of Elizabeth and Richard, my contemporary sleuths following the trail of Jane Austen's London to solve a mystery.