Angels Flight, A Moment in History 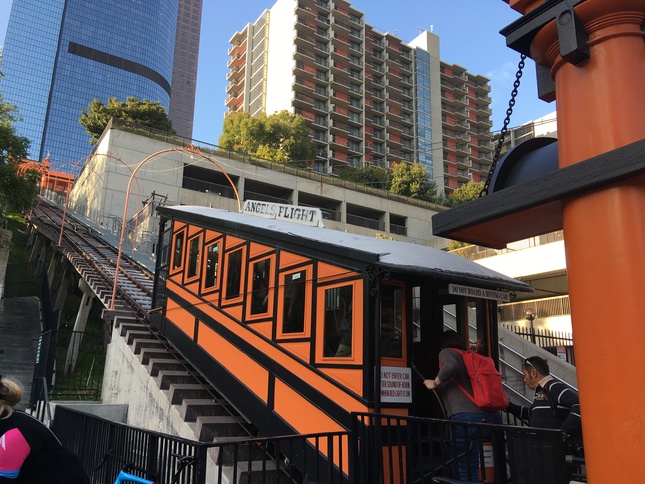 When I first heard of Angels Flight, Los Angeles’ unique funicular railway, I was fascinated, but thought that, like so many bits of history, it had crumbled with time. My friend Alice Duncan’s cozy murder mystery Angels Flight is set in 1920s Los Angeles. What fun for heroine Mercy Alcutt to ride that nifty one-stop train to work, I thought—such a shame such things don’t exist anymore. 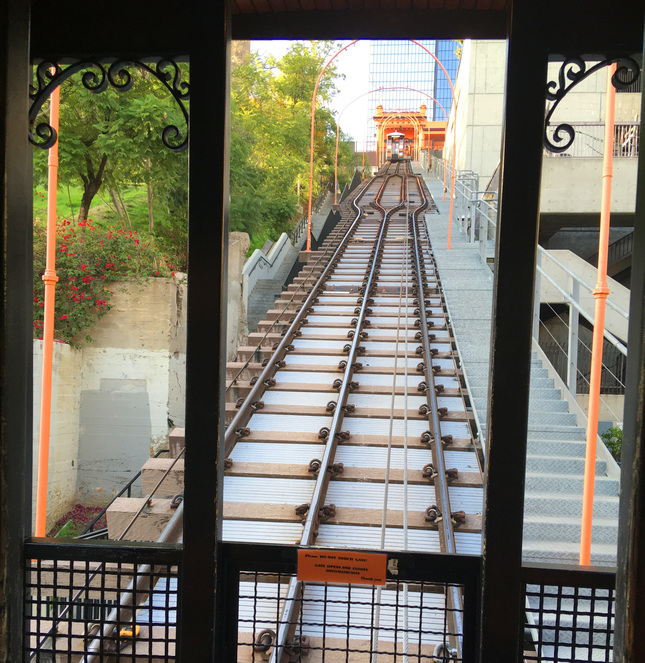 How wrong I was. When my husband was planning our Anniversary celebration in Los Angeles recently, he stumbled across a reference to “The world’s shortest railway.” Since we are both railway buffs, riding the Angels Flight went on our itinerary immediately.

In the 1860s Bunker Hill, the prominence that divided Los Angeles from land to the east, was developed as a residential area with panoramic views over the city.  In spite of the challenges presented by the 33% grade, lavish Victorian homes for Los Angeles’ wealthy residents filled the hill. 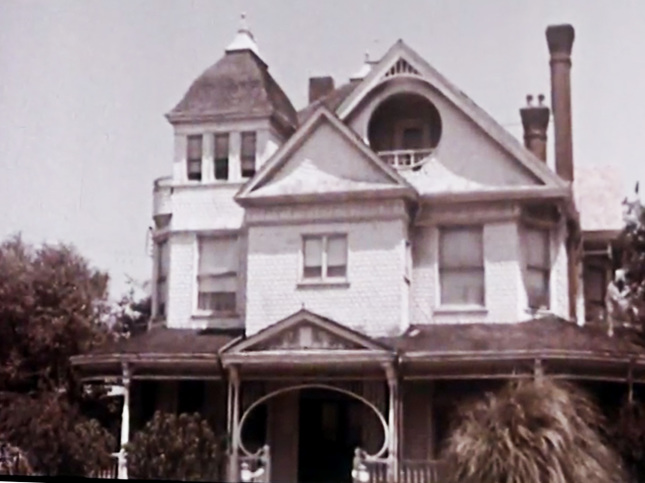 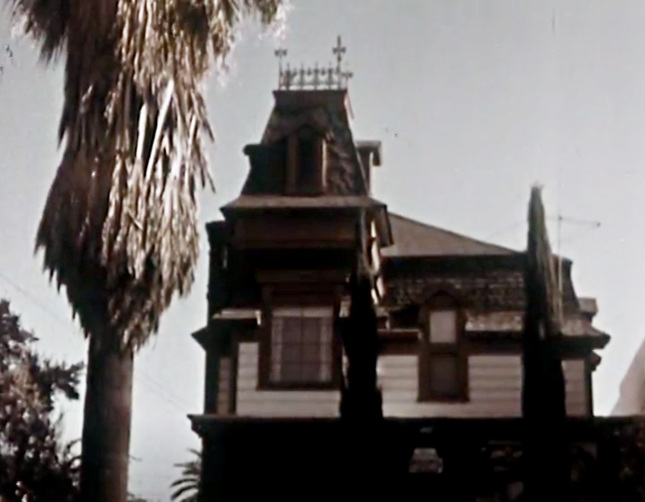 In May of 1901, Col. J.W. Eddy received City Council approval to build an electric cable railway to serve the Bunker Hill population. Eddy began construction on August 2, 1901. The Railway opened December 31, 1901. On opening day, more than 2,000 people paid a nickel to ride between Hill and Olive Streets. It's now $1.00. 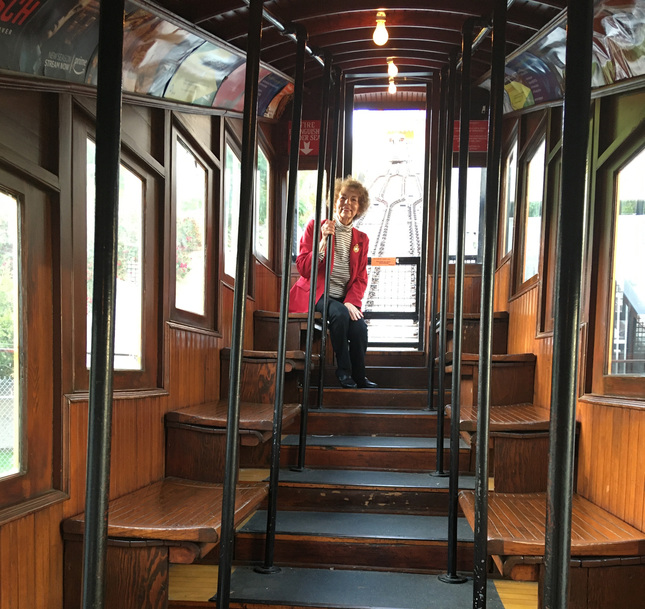 When the tiny train was built in 1901 Bunker Hill, at the top of the flight, was covered with two-story Victorian homes for the upper-class residents of Los Angeles. The area retained its exclusive character through the end of World War I. During the 1920s and the 1930s, however, with the building of the freeway and an extensive streetcar system, the wealthy residents began moving out to places like Beverly Hills and Pasadena.

Bunker Hill's formerly elegant homes were increasingly subdivided to accommodate renters until the area became "Los Angeles's most crowded and urban neighborhood." The neighborhood was largely low income and as the buildings began to fade and deteriorate, there was also an increase in crime. The area became notorious.

In 1955, Los Angeles city planners decided that Bunker Hill required a massive slum clearance project to “remove the blight” and redevelop Bunker Hill. The project is the longest redevelopment project in Los Angeles history. The Angels Flight website offers an historic video of the redevelopment. (source of historic home photos above) 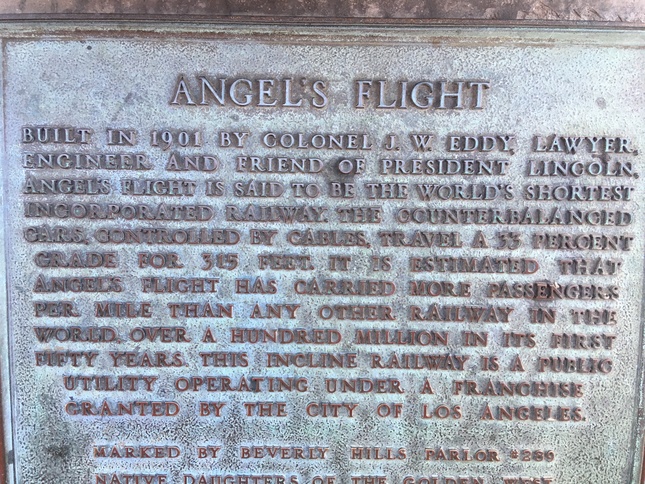 As part of the project, Angels Flight was dismantled in 1969. The original tram cars, “Olivet” and “Sinai” were put in storage, as well as the station house, archway and drinking fountain. In 1991, through the efforts of the Los Angeles Conservancy and others, including the volunteer Angels Flight Coordinating Committee, reconstruction began. The restored tramway, now located a few hundred feet south of its original placement, reopened in 1996. 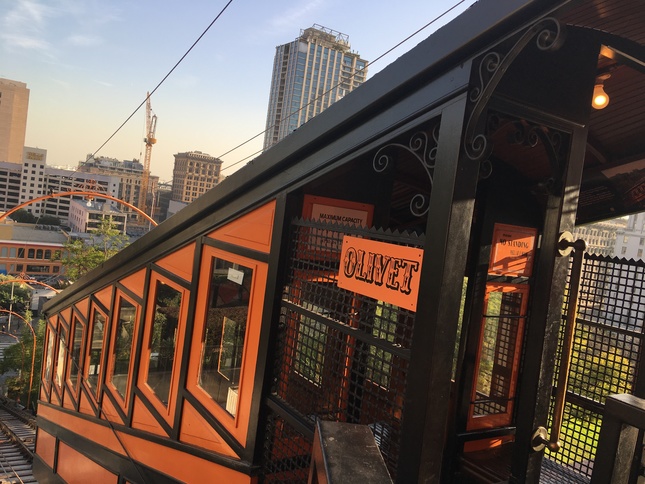 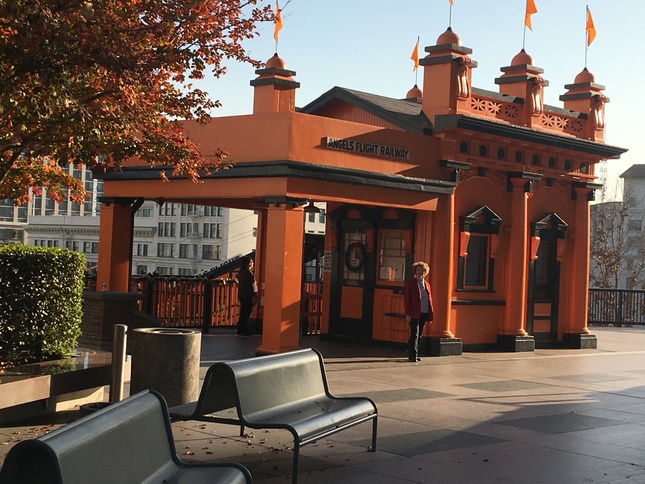 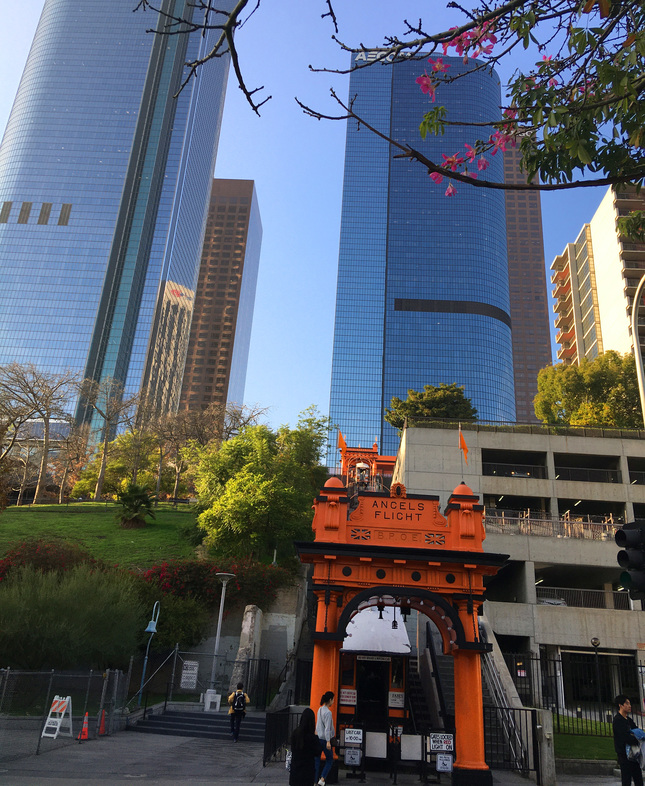 Today the vibrant area is home to the Walt Disney Concert Hall, the Dorothy Chandler Pavilion, the Broad Art Museum, grand hotels and many mixed-use residential buildings with shops on the street level and apartments above. Also, at the top of the flight is a newly developed open-air performance space, The Yard, at Cal Plaza. 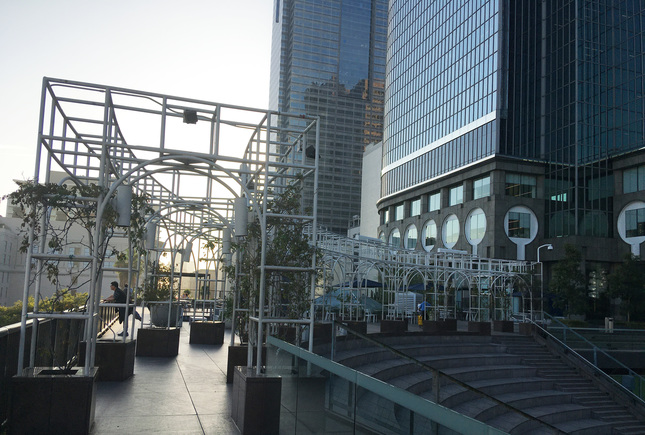 Angels Flight provides a link between Bunker Hill and the revitalized downtown area as part of the Los Angeles County Metropolitan Transportation Authority. 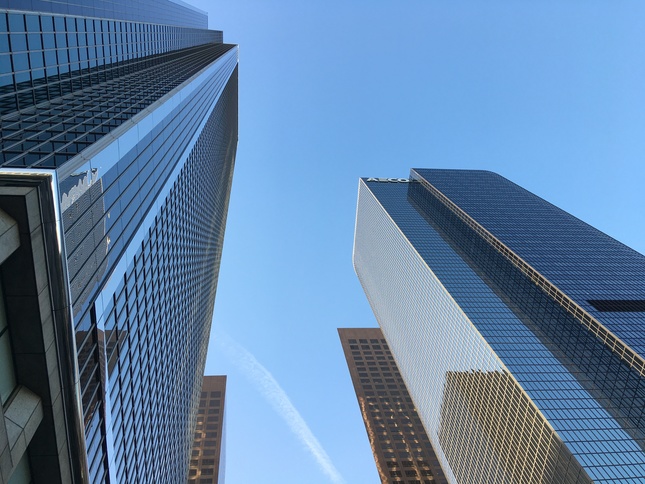 Busy shoppers, area residents, tourists and history buffs alike can once again enjoy this brief journey into Los Angeles’ past. When you love history, you never run out of fascinating places to explore.