#Mystery Exchange Cathy Perkins, In It For the Money

Where do authors get their ideas? Someone told me they think an author’s brain is a scary place! We do constantly ask, “What if…?”

Sometimes a daydream offers a story start, but ideas and inspiration can show up in the strangest places. My husband and I were hiking along the Snake River in a game management area called Big Flats (which happens to feature in So About The Money, the first book in the Holly Price Mystery series). We had to push through some tangled foliage at the shoreline. Being a mystery writer whose mind really can go strange places, I glanced over my shoulder and said, “Wouldn't this be a great place to find a body?”

That germ of an idea kept growing. Why would the heroine be at Big Flats to stumble over the body? How did the body end up beside the river in the first place?

The idea for In It For The Money, (Book 4 in the series) came while I was chatting with a friend’s nephew at a party. He was all excited about designing some bizarre machine called a Rockcrawler. I had no clue what he was talking about, but I picked up on his passion. And my writer’s brain went, Hmmm… Rockcrawlers… That’s different.

Let me explain Rockcrawling—or rather, here’s how Holly described the sport to her friend, Laurie Gordon, after Holly dragged Laurie to the opening day events:

"Two guys were sitting on their back porch, drinking." Holly raised her wine glass and Laurie clicked the rim. "One polished off his beer, belched, and popped open another can. He pointed at the vacant lot next door and said, 'Betcha I can drive my truck over those rocks.'"

"You're lying." Laurie narrowed her eyes.

"Swear to God." Holly raised her right hand. "And since God takes care of idiots and drunks, the first one made it over—alive—and his friend and all their friends had to try. And their friends..." She waved at the scene before them.

In It For The Money just released! After several “related world” stories, it was fun to climb back into Holly’s head. What a crowded place—rockcrawlers, drug rumors and relationship woes compound an already hectic work schedule. (Guess I better get busy on Book 3 and see what happens next.) 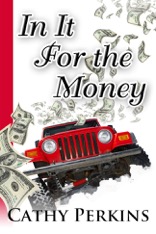 IN IT FOR THE MONEY

Holly Price traded professional goals for personal plans when she agreed to leave her high-flying position with the Seattle Mergers and Acquisition team and take over the family accounting practice. Reunited with JC Dimitrak, her former fiancé, she’s already questioning whether she’s ready to flip her condo for marriage and a house in the ‘burbs.

When her cousin Tate needs investors for his innovative car suspension, Holly works her business matchmaking skills and connects him with a client. The Rockcrawler showcasing the new part crashes at its debut event, however, and the driver dies. Framed for the sabotage, Tate turns to Holly when the local cops—including JC—are ready to haul him to jail. Holly soon finds her cousin and client embroiled in multiple criminal schemes. She’s drawn into the investigation, a position that threatens her life, her family and her already shaky relationship with JC.

Thanks for letting me visit today! 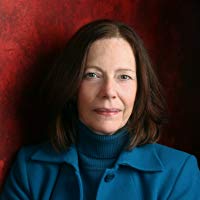 When not writing, she does battle with the beavers over the pond height or heads out on another travel adventure. She lives in Washington with her husband, children, several dogs and the resident deer herd.

Thank you for being my guest, Cathy! Now, I invite my readers to slip on over to Cathy's blog and read my thoughts about the fleetingness of time as it applies to The Flame Ignites, which was contemporary when I first conceived the story almost 35 years ago.

It was my pleasure, Cathy. I was delighted to meet another author from the northwest.
-Donna, July 24, 2018