Day 4 of my month-long Mystery Exchange. I'm especially happy to be exchanging today with the charming Stacy Juba because way back in 2012 (I had to look it up) I was one of 52 novelists and journalists to contribute an essay on what I was doing 25 years ago for her 25 Years in the Rearview Mirror. And here, 6 years later we're still doing pretty much the same thing, sharing adventures and the joy of writing with our readers. 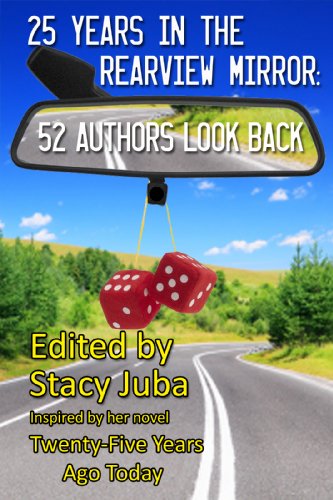 When you're through here, slip on over to Stacy's blog and see my post on my latest Lord Danvers novel. Welcome, Stacy! How do you call for SOS when only the killer can hear you?

Personal trainer Cassidy sails into the public eye while competing on a TV game show set aboard a Tall Ship. After she returns home and catches the attention of a stalker, her well-ordered life turns topsy-turvy. As Cassidy's competitors disappear one by one, she teams up with Zach, the charming photographer tasked to record her personal moments for the newspaper.

Is Zach trustworthy? He shadows her as easily as the stalker. Despite the chemistry simmering between them, Cassidy fears he has a secret to hide.

She hates the bizarre rules in this guessing game, but when her stalker forces a showdown, Cassidy plays to win. . .this time for her life.

If you're in the mood for a fun mystery that keeps you glued to the pages, then pick up your copy of Sink or Swim today.

Cassidy straightened as Detective Sean Pierce returned with a Styrofoam cup of coffee and a Coke. He popped open the can and handed it to her. Nondescript in his gray striped button-down shirt and khakis, Detective Pierce scraped up a plastic chair beside her. From his retracting brown hair and the crinkles under his dark eyes, he looked as if he was in his early forties, but he had the trim build of a thirty-year-old athlete.

He shot her a curious glance. "You were on that game show. I recognize you from the newspaper. Must have been quite an experience."

Detective Pierce emptied a packet of sugar into his coffee and stirred it. If he was attempting to help her relax, he wasn’t succeeding. Her mind wouldn’t shut off. "The dispatcher tells me you have an unwanted admirer."

"Yes. I feel a little silly coming here when this person hasn’t even approached me yet, but he gives me a bad vibe. He’s really persistent, and if you read his letters, he’s not all there if you know what I mean." Cassidy passed over the pile of envelopes and picked up Raggedy Ann from the floor beside her feet.

"He calls himself Miles," she said. "He sent this doll to the studio in New York, then a letter came to my apartment. I found a half-dozen others in my fan mail from the network."

Detective Pierce unfolded one of the letters and held it between his fingers. He read a few lines and frowned.

"What do you think?" Cassidy asked, dropping the doll onto his desk and leaning forward.

"On the show, I mentioned that I had one when I was a kid. My father gave it to me."

He nodded and flipped the page. "This guy sounds like a real winner. He sure rambles. You don't know anyone named Miles?"

"Did he threaten you in any of these letters?"

"No, I’d call them obsessive, not threatening. But that doesn’t always matter, does it? Isn’t it true that stalkers can start out flattering and turn violent?"

"Yes, but I’m glad to hear you haven’t gotten any threats yet. How about ex-boyfriends? Could any of them be hung up on you and hiding behind this Miles persona?"

Cassidy pulled herself erect, balancing the soda can on her knee. She’d been the one to end most of her short-term relationships, but none of the guys had seemed overly distressed. They’d taken the hint and stopped calling. Unfortunately, the one man who made her toes tingle was engaged. "I don’t think so. It's someone who saw me on TV. It has to be."

"Give me the names anyway. I'll run a background check."

She scribbled a list of all her dates since high school, a deep flush coloring her cheeks. Four names, only one in the past year. Working her way through college hadn’t left much time for a social life and she’d turned down several dates at the gym to avoid awkward situations when the relationship soured. Cassidy had even less girlfriends – most of her high school pals had moved away, either getting married or accepting jobs out-of-state.

She reviewed the list before handing it to the detective. "This is a dead end. These guys would contact me directly, not use an alias."

Detective Pierce trailed his finger down the short list of names. "You’re sure about that?"

"Yeah, and besides, none of them were serious. I dated them all a handful of times. They weren’t lunatics. I'm telling you, this guy is a stranger." Also available in KIndle Unlimited as part of the Young Ladies of Mystery Boxed Set. 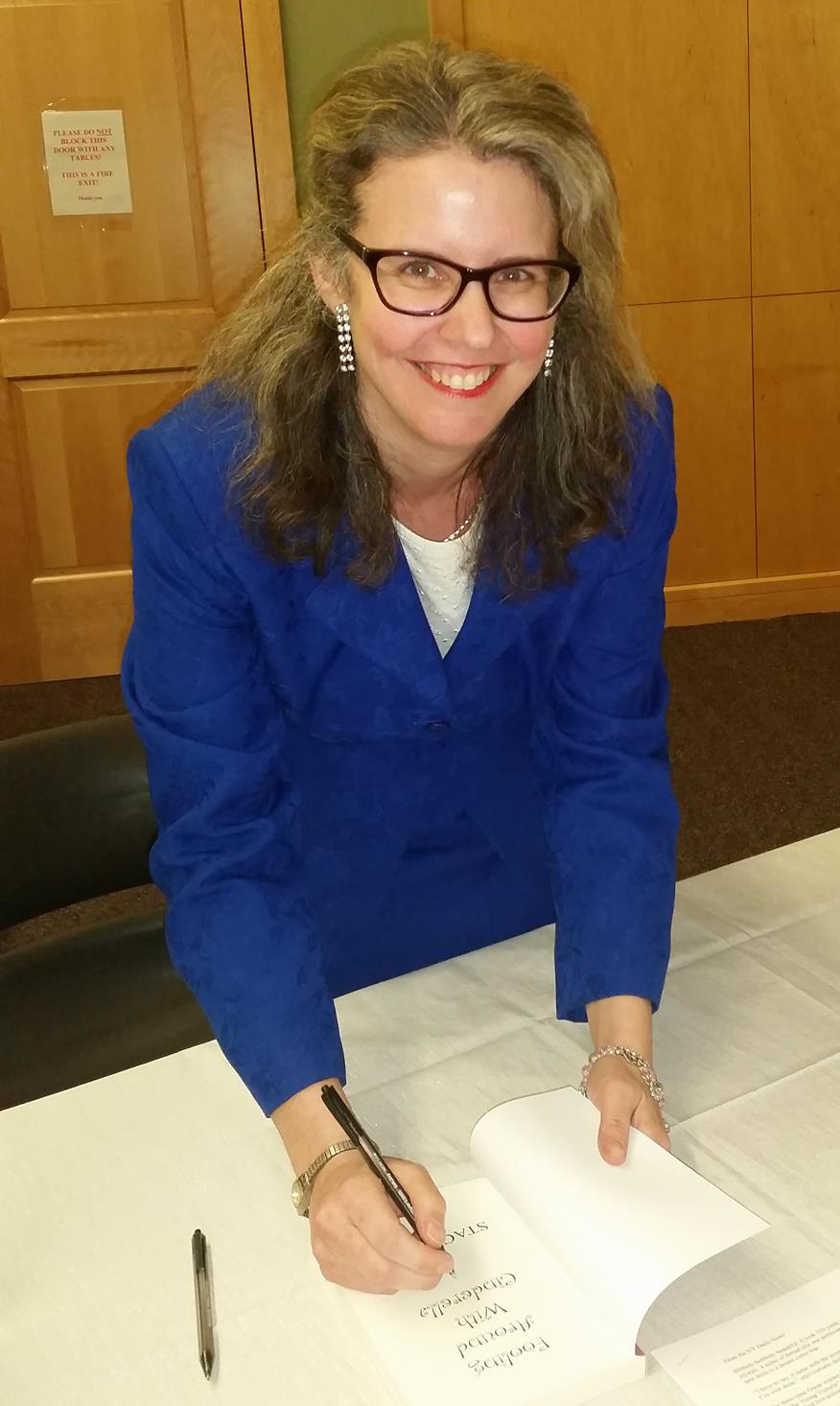 Stacy Juba got engaged at Epcot Theme Park and spent part of her honeymoon at Disneyland Paris, where she ate a burger, went on fast rides, and threw up on the train ride to the hotel. In addition to working on her Storybook Valley chick lit/sweet romance series, Stacy has written books about ice hockey, teen psychics, U.S. flag etiquette for kids, and determined women sleuths. She has had a novel ranked as #5 in the Nook Store and #30 on the Amazon Kindle Paid List. When she’s not visiting theme parks with her family, (avoiding rides that spin and exotic hamburgers) or writing about them, Stacy helps authors to strengthen their manuscripts through her Crossroads Editing Service. Visit her website to get your free Mystery Lovers Sampler.

Stacy, thank you so much for the exchange! it's such fun to be working with you again. I see on Amazon that 25 years is still selling! That's so cool.
-Donna, July 17, 2018

It's such fun to catch up with you too, Donna! 25 Years in the Rearview Mirror still gets some downloads every day. Your series look so intriguing.
-Stacy Juba, July 19, 2018

Isn't that the thing about the printed (or electronic) word--it just keeps going--and you never know where it will wind up! I love this business--even with the frustrations.
-Donna, July 19, 2018