Day 2 in my July Mystery Exchange tour. My guest is Andi Ramos to tell us about her book Gumshoe Girl. After you get acquainted with Andi and her book here you can go over to Andi's blog and read about my amateur sleuths Lord and Lady Danvers.

Andi, our characters are a century and a half apart, but they both manage to get involved in solving murders. Tell us about your Gumshoe Girl. 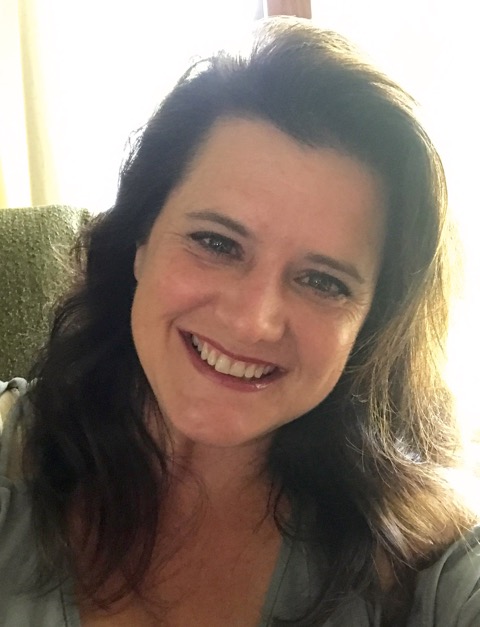 Sheagan O’Hare got more than she bargained for when her newly inherited detective agency lands its first case; a missing person, embezzlement, and murder. Sheagan’s out to prove she can hang with the pro's, despite the constant reminder of her amateur status from an annoyingly attractive FBI agent, Colin 'Mac' MacEvine, who’s forced himself into her life.

How does she feel when an old high school friend hopes to ignite a new romance?

Will she be able to discover if detective work and love can mingle before someone gets hurt? 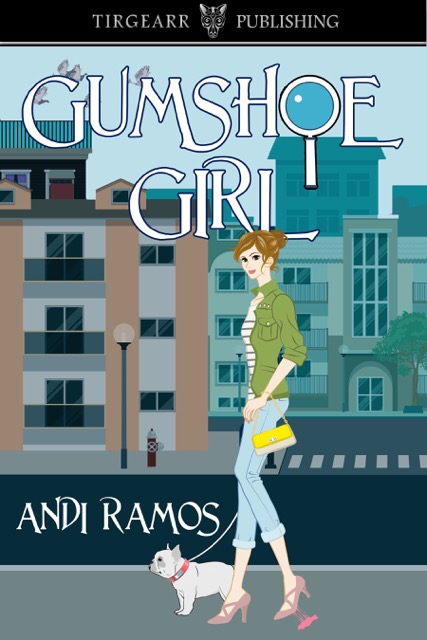 Sheagan blinked back the sting in her eyes as sweat drizzled from her forehead. Her shoulders and forearms cried out as determination inched her body forward through the tin walls that framed her slender figure. The narrow shaft rendered her legs useless as they dragged behind her like dead weight. She made a vow to start working out as she approached her destination, the metal grate that looked down into the sweetheart suite of the Eliot Hotel.

She shimmied her binoculars out of her bag and clutched them in her sweaty palms as she readied herself to delve into the world of private investigating. The friction of her movements caused her mahogany mane to cling to all the surfaces of her temporary confinement. Perched behind the filigree frame, peering like a caged animal, she was a mere 20 feet from her target. Her target? The Rat Bastard, who up until this very moment she’d called boyfriend.

She wasn’t there to kill him, even though the thought had crossed her mind; no, she was there to catch him in the act. She suspected he had been cheating on her for some time, so proof would end her suspicion or the relationship. Spying on her significant other through an air-vent of a swanky hotel room was hardly a promising start to her so-called glamorous career as a private detective. But it snapped her back into the reality that her new chosen profession would often be messy and difficult.

She peered through the grate and envied the spacious room below, but her viewing angle was no good for the task at hand. She could feel the heat in her cheeks rise along with her anger as she scanned the room and soaked in the extravagance–the hardwood tables, the Italian marble fireplace, the opulent sheen of the fabric on the overstuffed furniture that glimmered in the soft candlelight. The Rat Bastard was not known to overindulge on frivolous expenses, unless it was on her dime. Thoughts of killing him resurfaced.

What is wrong with me? Why did I wait so long?

She immediately regretted the fleeting question. She knew why. The answer brought back the pain and significance of her father’s sudden death. He had been the only family she had left, and he was gone. All that was left behind was his detective agency. She had thought about giving it up, but she couldn’t; it was her only connection to him, to her family.

She closed her eyes briefly, realizing that now she was facing more loss–even if he was a lying, cheating Rat Bastard.

She choked in a breath and turned her attention back to the room. His secret love nest was finished with soothing tones on the walls and thick, plush carpeting.

What is that on the end table?

Her gaze was drawn to the bottle label as it bobbed upside down in the melting ice. She sharpened the focus of her binoculars, and her eyes widened in recognition.

Her cheeks flushed. Cristal, she scoffed. Who is this Bimbo, anyway?

As if she had room to criticize this girl’s intelligence, when Sheagan was the one sweating her makeup off in a four-by-four-foot air-duct.

Yeah, who’s the stupid one?

She heard passionate sounds coming from the right of the room and recognized his tone. Leaning sideways, Sheagan pressed her face to the grate, but her limited

view revealed only a portion of the bed and unable to make out major details, like faces.

Crap, I can’t see anything. Damn! She needed to get a better look

As she shifted her weight, the metal walls started to reverberate and Sheagan stifled a gasp, willing the rumbling to cease. Her breathing became labored as the musty air stole the aroma of the sweet perfume wafting up waft from the suite below. She stilled her movements and did the only thing she could think of... nothing. Nothing but stare at the heap of blankets and wait.

Come on, bimbo, come up for air. I know he doesn’t last that long.

Her discomfort increased as the noise from their passion became more intense. Ugh, that’s it, I’ve had it!

She mashed her cheek and upper body against the grate.
I just need a peek to confirm.
She pressed harder, ogling the bed. Finally, she caught a tiny glimpse.
Just a little further. She pushed and heard a chirring sound, then a scraping. She froze in place, but the grate gave way with a creaking groan and crashed to the ground. Time stood still as Sheagan realized there was nothing between her and the floor except air.

Andi Ramos is a debut author from central Massachusetts where she lives with her family, goat, and Boston Terriers. Her love for reading grew into a passion for writing. She dabbled with pen and paper for a long time and eventually stopped pushing her amusements aside and started developing those stories into novels. One of her favorite things to do is to hop into her motorhome with her family and write while traveling down the road as they journey to various destinations.

My pleasure, Andi. I hope my readers enjoyed getting to know about Gumshoe Girl--I certainly did.
-Donna, July 5, 2018