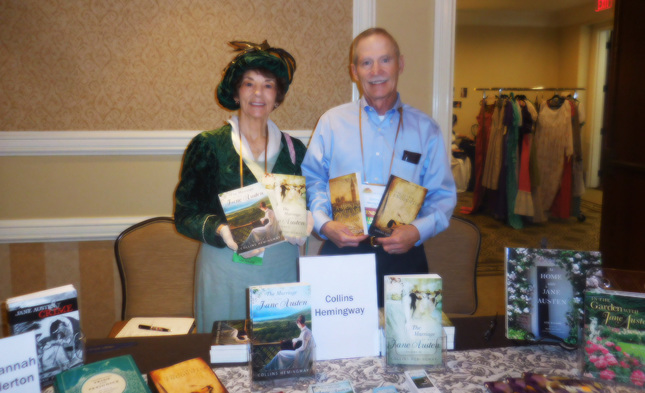 Before starting my busy schedule of classes I stopped by the book table sponsored by the delightful Collins Hemmingway. Collins, author of The Marriage of Miss Jane Austen, delightful and well researched novels, kindly allowed me space to display my 2 mysteries with Jane Austen backgrounds on his table, along with Kim Wilson and Susannah Fullerton. I was delighted to be in the company of so many books I have read and enjoyed. 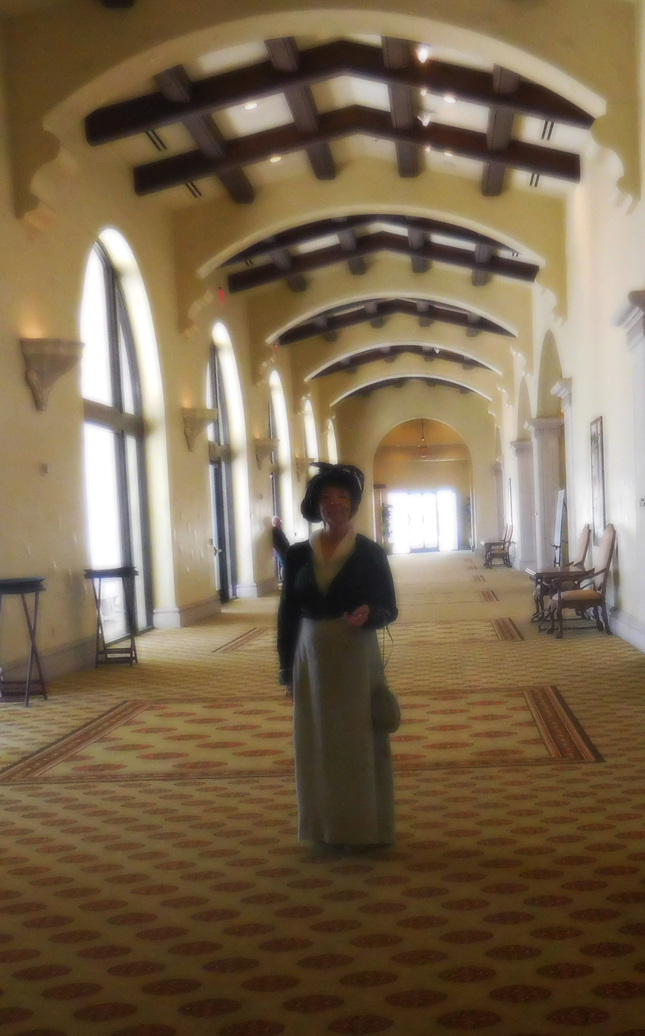 Then on to classes. First, on Jane Austen's Sanditon, the fragment she left unfinished at her death. I was especially interested in this as Sanditon will figure in the background of my next Elizabeth and Richard Mystery. Here is a projection of Austen's original manuscript. 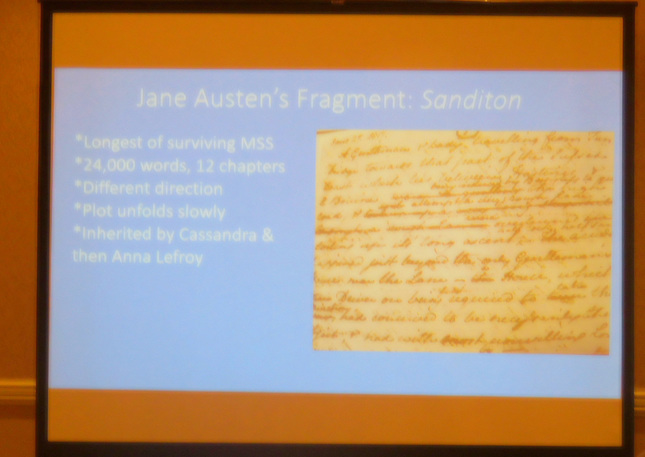 My next class was Jane Austen, Enshrined for a Nation, which explored what it means for a person to belong to the nation, or in this case, to the world, and offered evidence that the Austen family believed Jane was a national treasure by the time of her death. One example is her burial in Winchester Cathedral.Here JASNA members lay roses on her grave, as I have done in the past. 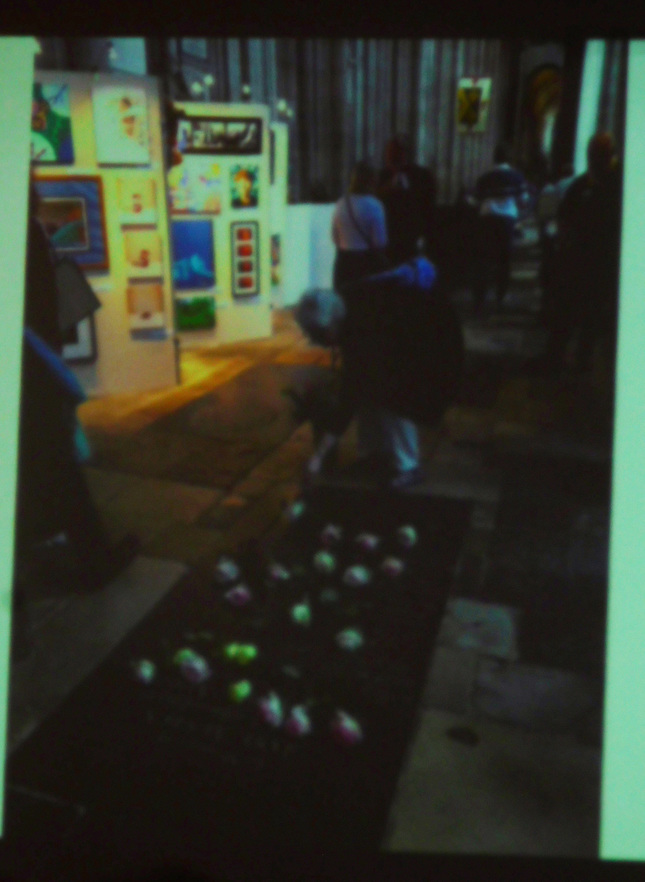 Continuing the theme of Jane In Paradise, Intimations of Immortality, Tim Bullamore, publisher of Jane  Austen's Regency World and an obituary writer for The London Times and The Telegraph, spoke on Regency obituaries. Jane Austen was barely noticed by the newspapers of her time, but that may have been just as well because they could be vicious in their treatment of the newly departed.

Then time out for a moment on the beach, thinking of how Jane loved the seashore and looking forward to researching and writing my novel about Jane at the seashore. 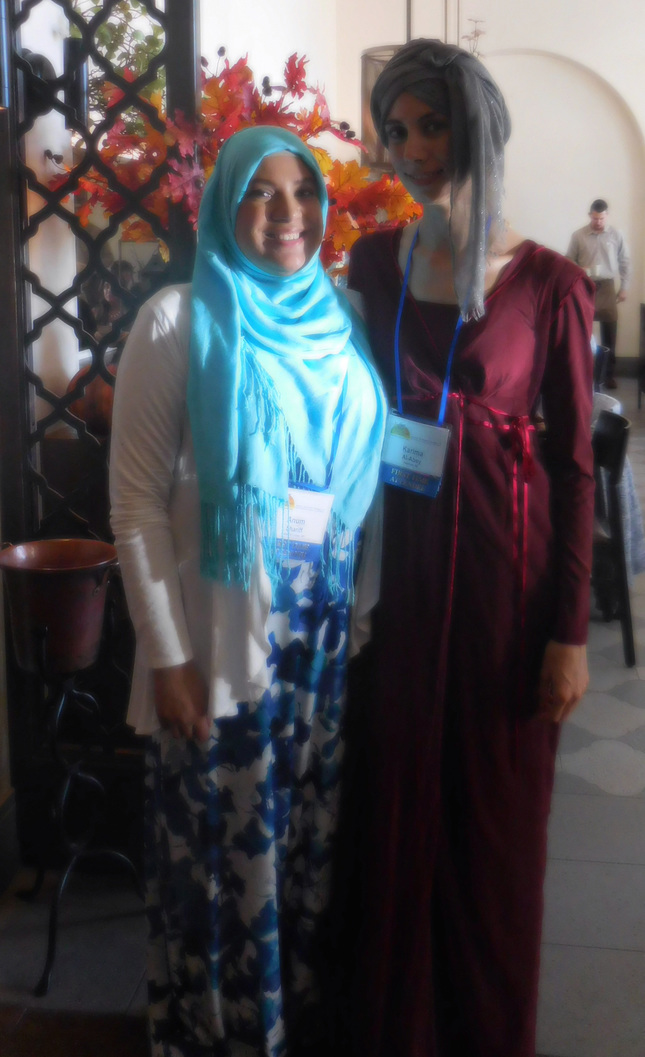 Two of my new friends illustrate the universality of Jane Austen. One whose family is from India, the other from Pakistan. Both recently graduated from university, they attended the conference because they had fallen in love with Jane as teenagers.

And then, the great event, banquet, promenade and ball. I danced every dance. 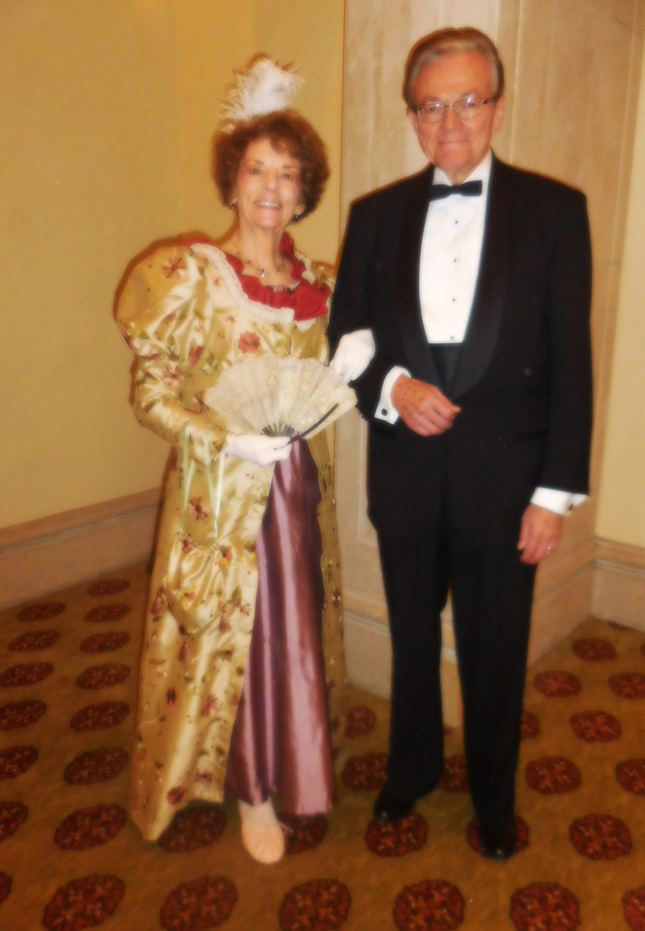 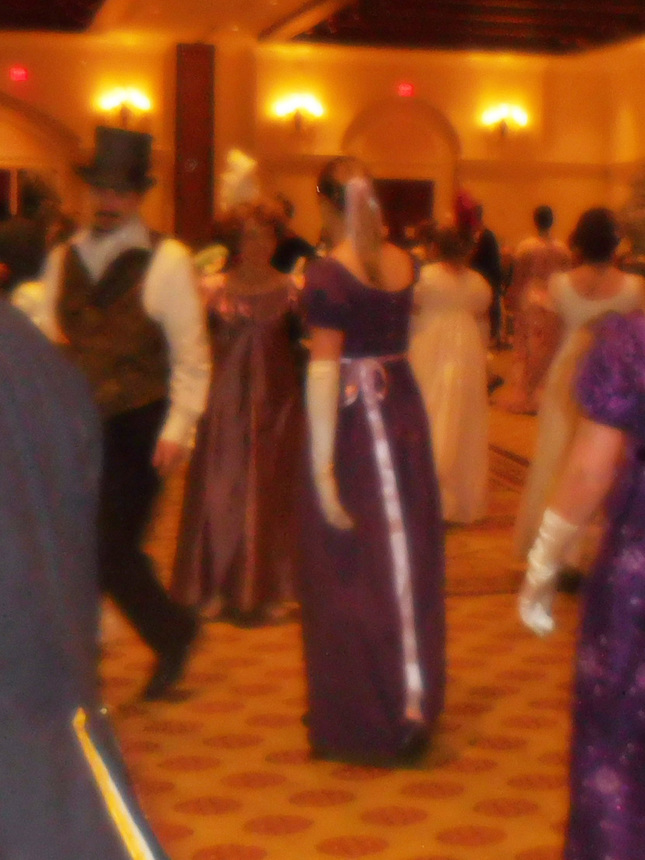 Me, too, Sheila! Maybe if I'd stay home and work instead of having so much fun it would get done sooner. smile.
-Donna, October 12, 2017

But the books are so much more fun when the author's having fun too. Enjoy!
-Sheila Deeth, October 12, 2017