Day 2 with Jane in Paradise 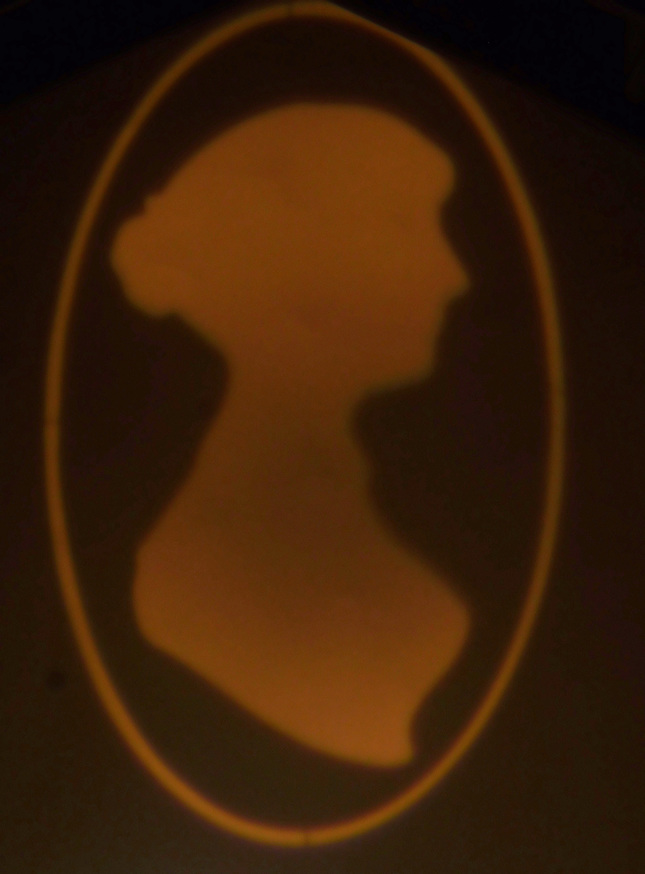 A light projection of Jane's silhouette reigns over the conference.

Day 2, morning outfit, off to trim a new bonnet 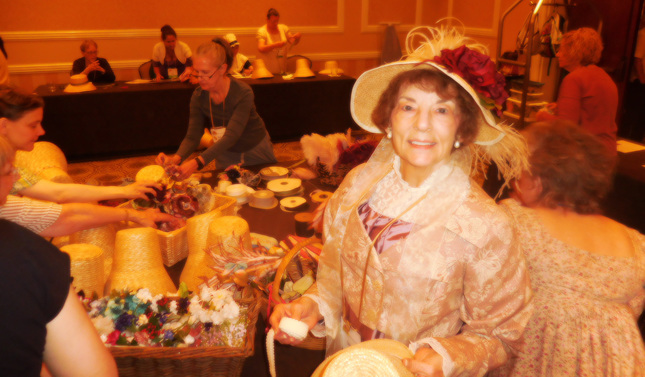 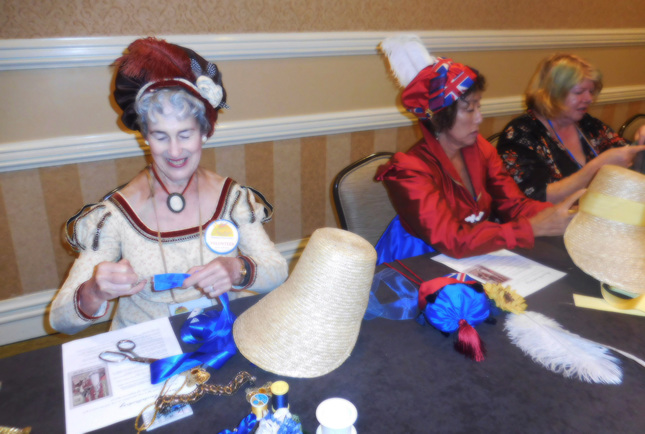 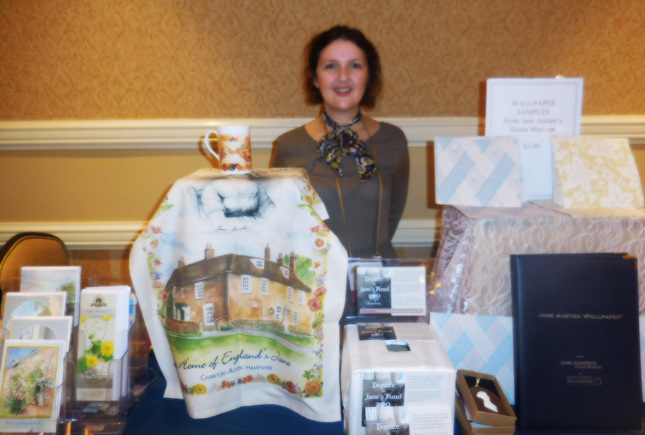 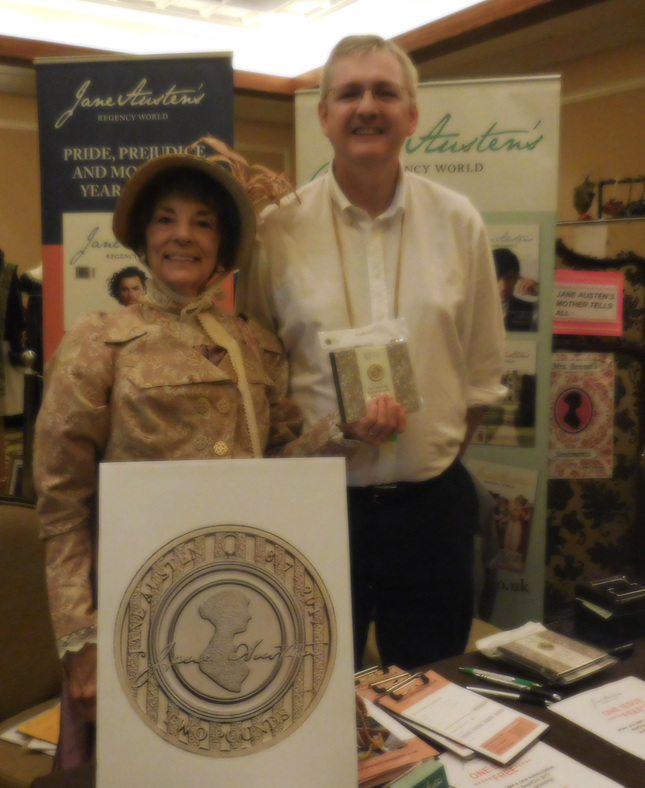 Attended a special interest session on Jane Austen Churches. Since 2000 the Jane Austen Society of North America has designated  17 churches where Jane worshiped or have especially close ties with her family to make donations to for special projects such as new heating, lighting, flood recovery and printing booklets. The churches include Winchester Cathedral, where Jane is buried; St. Nicholas, Chawton, where she worshiped during her final years; and St. Nicholas Steventon, where she was baptized and grew up. 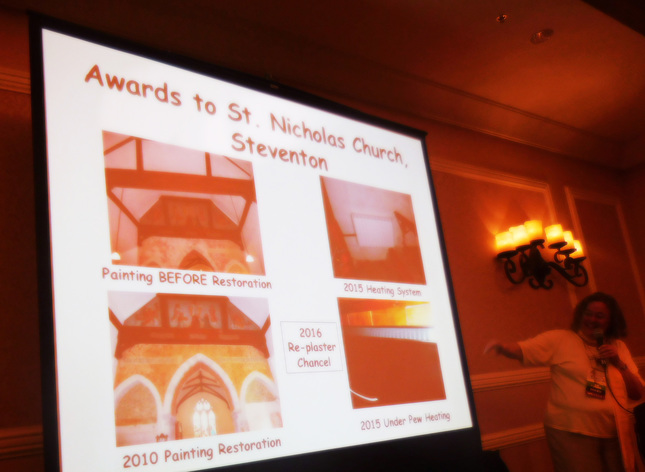 Gillian Dow, Director of the Chawton House Library gave the keynote address on The Immortal Jane Austen and her best loved Heroine 1817 to 2017, tracing the popular styles in literary heroines over the past 200 years.

Peter Sabor from McGill University spoke on what Jane Austen would have found on the shelves of the Godmersham Park Library when she visited her brother Edward there and told of the efforts to regather and reclaim the lost volumes, then construct a virtual library that will enable scholars to access this magnificent library online. I was especially interested because this lost library was an important plot point in my Jane Austen Encounter mystery. 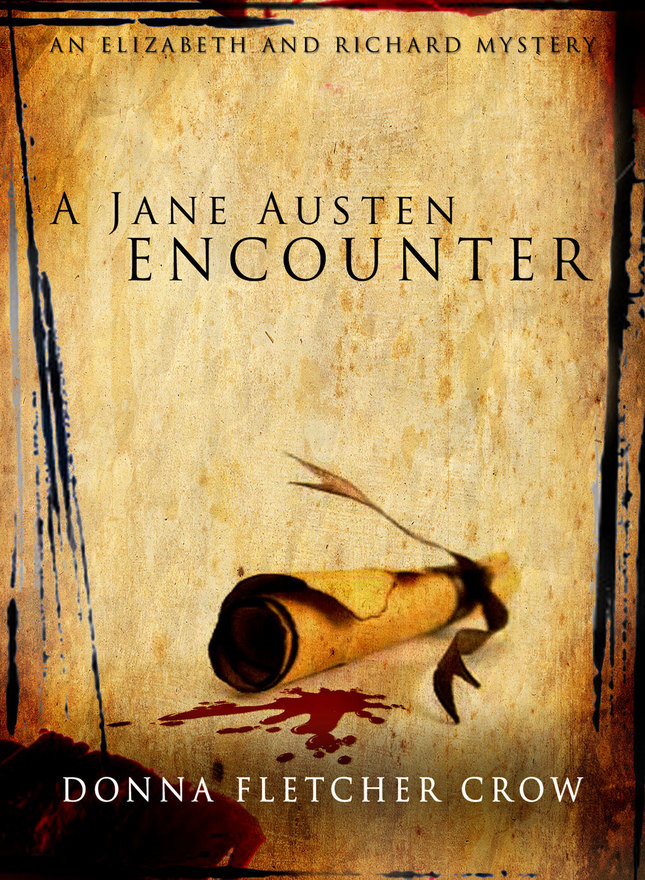 The next lecture I attended was the delightful Juliet McMaster on The child Author vs Mother of the Novelist, from the Juvenilia to the Novels. I was fascinated to learn how Jane's early work Love and Freindship was a forerunner of Sense and Sensibility.

And finally, a delicious sea bass dinner with Stan. There were more events tonight, but not for me, 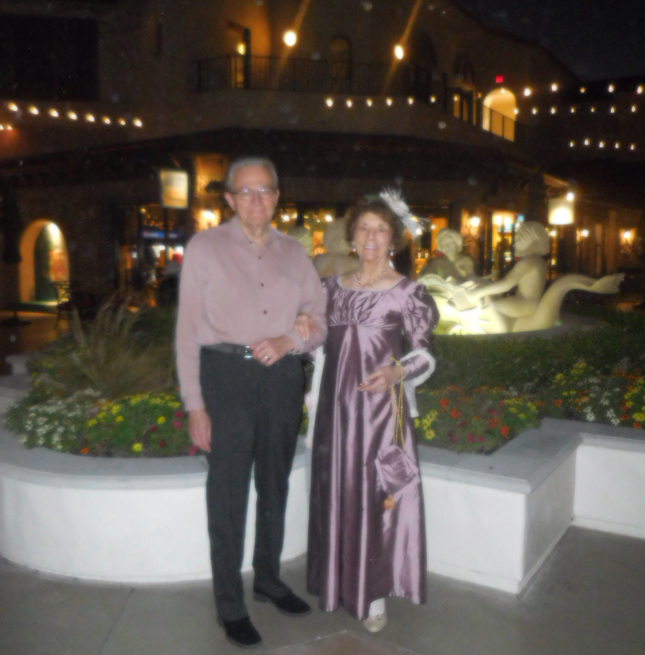 We went to Bath and "took the waters" while we were in England. Lots of Jane Austen reminders around the town.
-Sheila Deeth, October 11, 2017

Brave you--did you actually drink it? I suppose anything that foul *must* be good for you. But then, a nice cup of tea afterwards is just the thing.
-donna, October 12, 2017

I was brave. They have paper cups at the end of the tour of the Roman baths, so I filled my cup and drank it. Sort of lukewarm, like half-brewed tea with added aspirin. Not pleasant, but really not so foul either.
-Sheila Deeth, October 12, 2017