Dear Gentle Reader— Ah, that lovely phrase snatched from Victorian novels— who would have expected to encounter its like in last Friday’s Wall Street Journal? (7/23/10) The "Dear Book Lover" column by Cynthia Crossen replied to a writer asking for "mysteries. . . for adults that aren’t, well, excessively adult" by saying that many libraries call them "gentle reads".

"Of course," Crossen reminds us, "one reader’s warm milk is another reader’s ipecac." And that can work either way. Something that cloys for one reader can still be too strong for another. For example, my own gentle reads of recent days wouldn’t necessarily belong in most church libraries.

I loved Ruth Downie’s Persona non Grata (Ruso and the Root of All Evil, in the UK) especially for the scene where Tilla, the "barbarian" British woman, winds up in a meeting of Christians and voices an all-too-honest prayer. And later, when the hero Ruso declares, "No!" He is not going to do "the circumcision thing." A great read in the subgenre of Roman Mysteries. Jane Finnis’ Aurelia Marcella mystery novels about life (and death) in first-century Roman Britain are other favorites in that category. 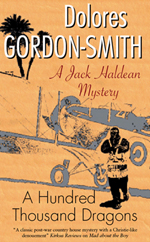 Another subgenre that is likely to yield a gentle read with, perhaps, a touch of spice— a dash of nutmeg in the warm milk?— is mysteries set in the ‘20’s. The Wall Street Journal article mentions Rhys Bowen whose Royal Spyness series featuring the impoverished Lady Georgiana, 34th in line to the English throne, is a delightful romp. Jacqueline Winspear’s Masie Dobbs is a much more serious look at the time period, dealing with the traumatic aftermath of World War I. I have mentioned Dolores Gordon-Smith’s Jack Haldean series on this blog before. Jack is definitely the man you would want your daughter to marry: Intelligent, sensitive, loyal, sensible with strong moral fiber. Carola Dunn’s Daisy Dalrymple series, like the Royal Spyness, is on the lighter side, but Daisy’s common sense and charm are endearing.

My current read, G. M. Maillet’s Death and the Lit Chick would be in another ever-popular  subgenre— humor, which comes primarily through Maillet’s stunning, even biting descriptions, such as of the reporter and has-been writer: "Quentin sported an assortment of metal studs in his ears and hair moussed into wilted maroon spikes. Against Magretta’s own swirling red locks, one would have thought that corner of the room had caught fire."

Of course, the writers of the Golden Age can be relied on for stories where sex and violence are safely off-stage. Dorothy L. Sayers is unfailingly my favorite. My goal— I hope it’s not just a day dream— is to reread all her novels through in order. I don’t have the courage to add uninterrupted. And, of course, Josephine Tey’s Brat Ferrar who seems to make most mystery-lovers’ short list.

And here I haven’t even discussed my own subgenre of the clerical mystery, nor have I talked about P. D. James, or the carefully crafted Ben Reese novels by Sally Wright.

or Fay Sampson's Susie Fewings which you can read about on earlier posts here.  But, I would much rather turn it over to our readers. Tell us about your favorite gentle reads. Is this a constant diet for you— or do you break it up with a bit of noir? How do you define "gentle" or "squeaky clean"?

There is no universal definition. As Crossen says in The Wall Street Journal, "Alexander Dumas’s novels turn up surprisingly often [on library’s "clean" lists]— swordplay is apparently too archaic to be considered violent."