Feast of the Ascension in An Unholy Communion Ascension Day, commemorating the bodily ascent of Christ into Heaven, 40 days after Easter, is one of the most joyous feast days in the Christian calendar. The celebration is always accompanied by lovely hymns such as "Hail Thee, Festival Day" and "Hail the Day that Sees Him Rise." And on one very special Ascension Day I was in the monastery which serves as a model for the Community of the Transfiguration where Felicity is studying and got to experience standing at the foot of the tower and hearing the ordinands far above me sing in the morning, just as Felicity does in my newest release in the Monastery Murders— AN UNHOLY COMMUNION.

Fortunately, my morning didn’t end with the drama Felicity’s did. Here’s a sample:

Felicity stood alone in the peaceful garden, gazing upward just as that band of disciples must have done on the hill outside Jerusalem on the first Ascension morning. Trying to picture what that first morn would have been like, Felicity’s mind scrolled through the artists’ interpretations she had seen all the way from full-length paintings of a ghostly, white-draped Christ floating in the air, to a silver gilt plastic cloud with just the nail-pierced soles of Jesus’ feet poking through. Her favorite depiction of all, though, was one she had seen once in some cathedral with the fully Christ looking back down through the clouds, his hand raised in blessing, appearing for all the world as if he were waving to her.

And you can read the rest of it here. 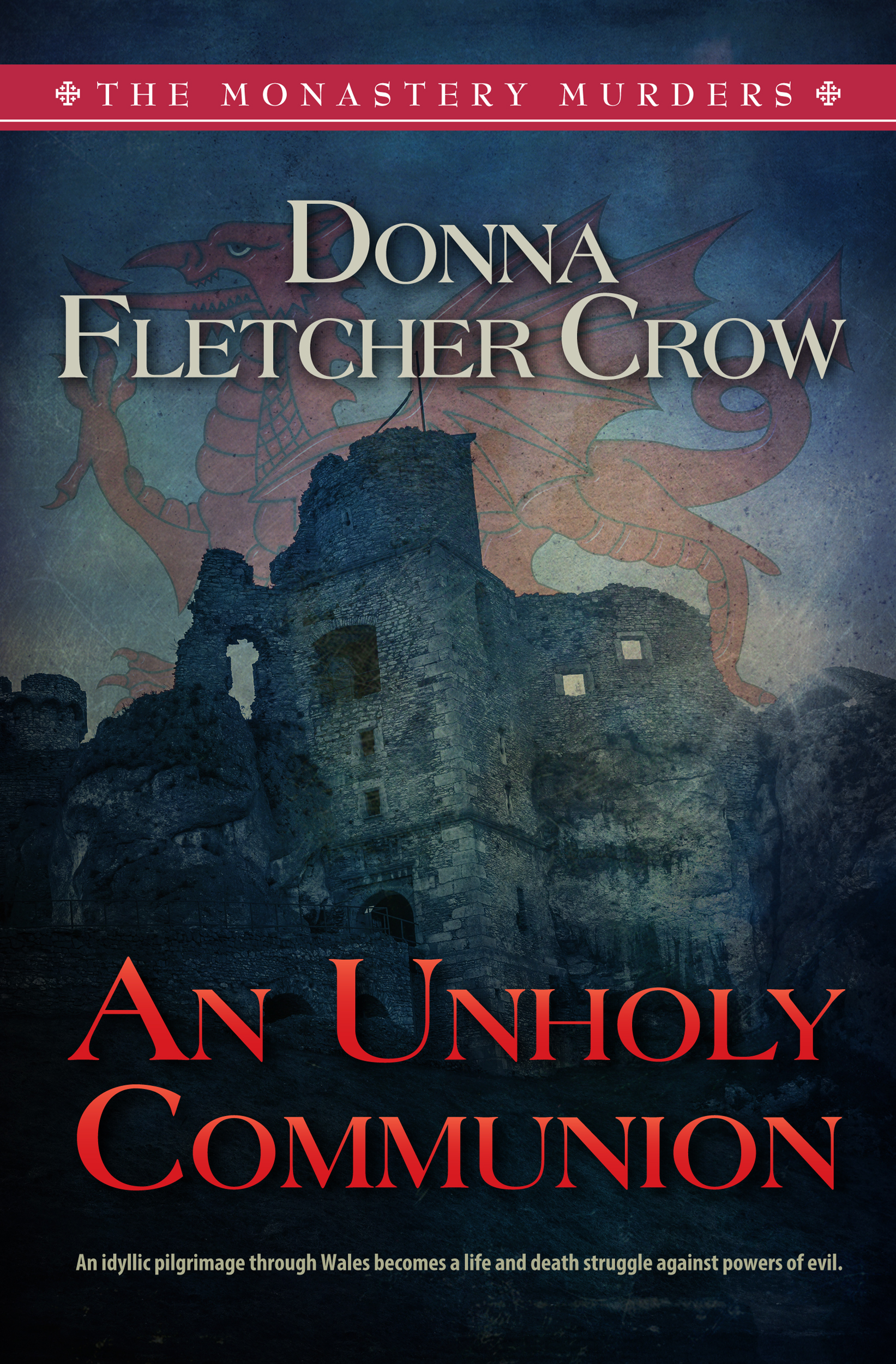 Felicity wasn’t sure whether she was gesturing to the ascended Christ or to her fellow ordinands as she flung her arm upward. "Blessed day to be hallowed forever;/ Day when our risen Lord Rose in the heavens to reign." At the end of the song the jubilant singers leant over the parapet shouting and ringing their bells until Felicity wanted to shout at them to be careful— a warning that she herself needed to heed as her vigorous waving almost caused her to lose her footing on the steep hillside covered with wet grass.

The tower-top choir began, "Hail the Day that Sees Him Rise, . . . Christ, awhile to mortals given, Alleluia!/ Reascends His native heaven, Alle— "

The final Alleluia never registered in Felicity’s ears. It was extinguished by a much nearer shriek. Her own.

The scream reverberating in Felicity’s ears tore a second time from her throat as she watched in horrifying slow motion a cassock-clad figure from the back of the choir catapult across the parapet and arc over the side of the tower.

The singing must have continued, as no one on the tower appeared to have seen the terrifying spectacle. But Felicity heard no music, only the shuddering thud as the body hit the earth. Then, appallingly, rolled down the steep hill to come to rest at Felicity’s feet.