Donna: I am so happy to welcome Anne McDonald to "The Authorized Version" today. As she recounts below, Anne and I have been writing colleagues for more than 30 years--impossible as it seems. Anne was cutting edge in her publishing journey--entering the world of electronic publishing in the year 2000. Talk about pioneering! I'll let Anne tell her story below.

Anne: I’m so grateful that Donna wanted to feature me on her blog in celebration of the re-release of my romantic suspense Love’s Refining Fire. If it hadn’t been for her encouragement and mentorship, I would have never gotten the book written in the first place. 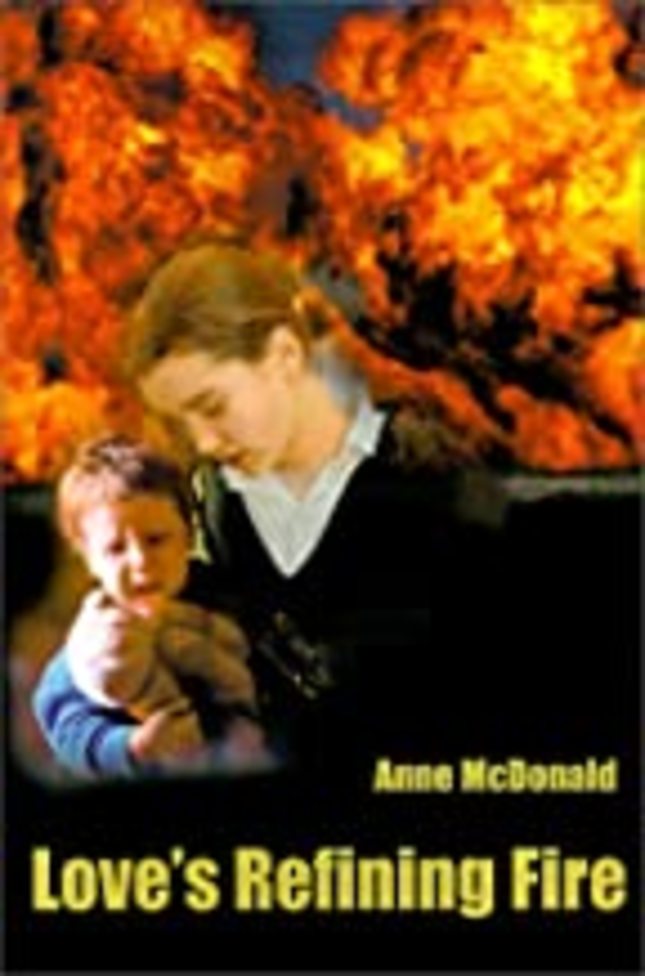 The first idea nugget for my story came after I read Donna’s Greengold Autumn in late 1987. Then I stumbled on a news story about an international jewel thief. “What if?” started rolling around in my head.As a resident of Southern California, I made the area the setting for my book.

Since my primary writing background was in journalism, I wasn’t sure how to create a full-length novel. I needed some guidance.In the spring of 1989 I found some answers at the Mt. Hermon Writers Conference in northern California. Donna Fletcher Crow’s characterization session gave me the boost I needed. During breaks over that weekend, she even made time to listen as I related what I hoped to write. I was blown away when she became my mentor.

In 1999 I pitched my polished story to all of the major publishers, but no one showed any interest. Donna believed my story was ready for publication, so we discussed the new publishing venue--Publish On Demand. Since I don’t mind blazing trails I decided it was worth the risk. At the very least I figured I could serve as a guinea pig that could report my success or failure to other authors.

Love’s Refining Fire debuted on September 1st 2000 when I lived in Tucson, Arizona. While I did get some wonderful feedback from readers, sales were slow. The following October, Barnes and Noble invited me to speak at an author’s forum at at the Tucson Mall. We had a good turnout, however, the 9-1-1 attacks had greatly impacted book sales for authors nationally. Our only option was to wait it out.

I also had issues with the POD publisher. They only allowed me to view the galleys once. After the book’s release, I discovered the typesetter had introduced errors into my book. The publisher stated I’d have to pay a few hundred dollars for corrections with no guarantee against new errors. So, in March 2002, I pulled my book off of the market, and gave it no further consideration.

Instead I focused on homeschooling my son, Jason, and creating Dancing Word Writers Network to showcase authors and encourage aspiring writers. Nearly two decades flew by with all the hills and valleys life could offer. One of the toughest stretches came after Jason had a traumatic brain injury and had to learn to read and write all over again.

In 2018, Jason and I started our own company, AJ Charleson Publishing, so that we could release his first two solo books, and a children’s adventure series we had written together. That November he barged into the living room waving my old book. “So, when are we getting this back on the market?” 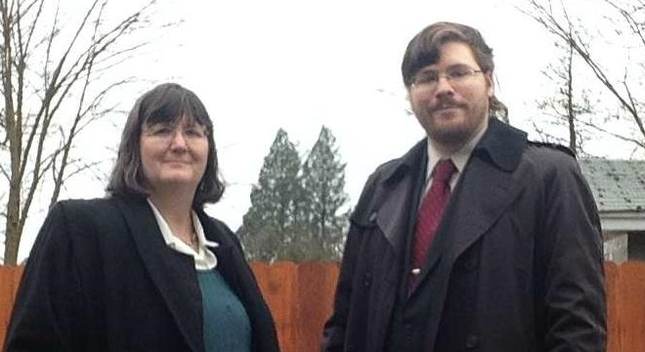 I wasn’t sure it was worth it. Jason insisted we let a few test readers decide. If they gave a positive response, the book would go back in print. I reluctantly agreed, if Donna would let me use her foreword for the new edition. Within a few weeks our test readers gave enthusiastic demands for personal copies, and Donna agreed to my request. Jason put Love’s Refining Fire on our publication list for 2019. I began editing the book and fleshing out a few scenes. Johanne Flugel, an artist friend from church, agreed to design and paint the scene for the book cover. 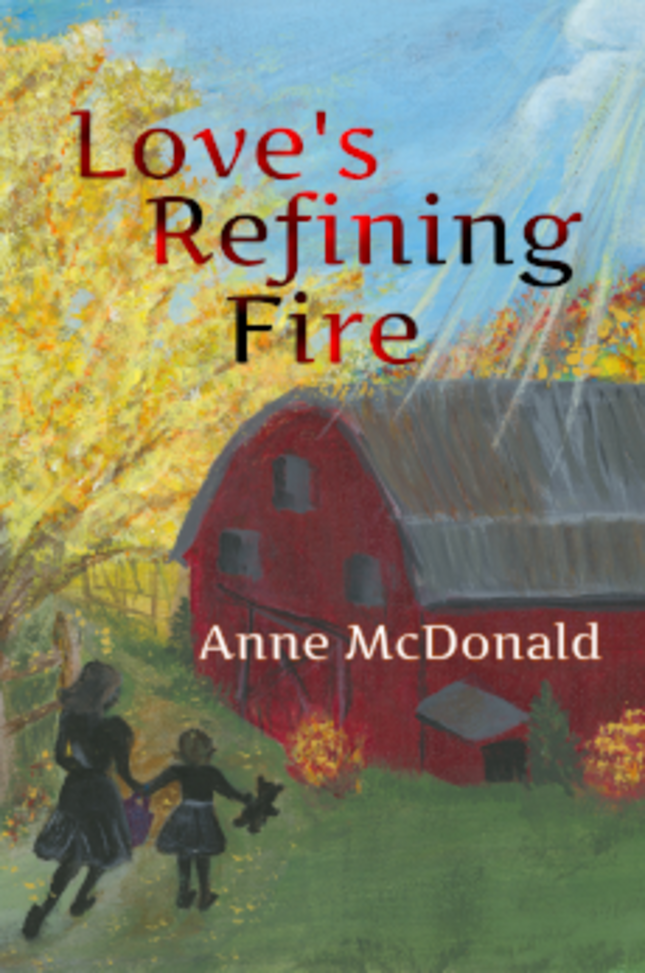 My journey from writing the first draft to publishing the second edition has stretched through three decades and led through some unexpected detours. But knowing this story has touched the hearts of various readers has made it all worthwhile.

Donna: What an amazing testament to the ups and downs of the writing life. As Anne demonstrates, and I so often say--and remind myself--the most important ingredient for success in this business is stamina.

You can meet Anne on GoodReads here.

Love's Redeeming Fire is available at Barnes & Noble now, and on Amazon for pre-order now.

Thanks for the spotlight, Donna! You are much appreciated.
-Anne McDonald, November 13, 2019

Loved the article on Anne McDonaldâ€™s re-release of Loveâ€™s Refining Fire, and so excited by this new issue.
I read the book back when it was first published and thoroughly enjoyed it. I even commented on Amazon that Anne was my New Favourite Author. I believe that Anne has a great future in her writing process and look forward to many more enjoyable reads.
-Jane McArthur, November 13, 2019

I enjoyed reading this article. I've read Love's Refining Fire and really enjoyed it. It's a great book, well written, and shared it with others.
Looking forward to more from this good writer.
-Barbara Warren, November 16, 2019

Dear Jane, thank you so much for your encouraging words to Anne. I know they will mean the world to her.
-Donna Fletcher Crow, November 25, 2019

Dear Barbara, thank you so much for writing. I know Anne will love hearing from you. enthusiastic readers are the BEST!!

Jane, thank so much for your kind words and encouragement. Readers like you are a breath of fresh air.

Barbara, thank you so much for your enthusiasm and encouragement. I am, indeed, working on another story, and pray it will "hit the spot".
-Anne McDonald, November 25, 2019